Gods walk among us—all you have to do is See.

High school senior Rhiannon Lynne couldn’t get noticed even if she walked stark naked into the cafeteria and started playing the ukulele. While tap dancing. As if that weren’t strange enough, Rhi has synaesthesia—she feels in color. It takes being almost drowned by a Celtic river goddess for her to discover she’s been bound by a spell that has hidden her from her own mysterious heritage.

As Rhi starts to understand that her colors are a kind of magic, she finds herself at the center of a conflict between gods, humans, and the lost world of Avalon. Called to remake Excalibur, the sword of elements, Rhi’s choices will decide the fate of worlds. But if she is really a Leannan Sidhe—a kind of soul vampire—she might be the monster of the story and not the hero.

Maybe not being seen wasn’t so bad after all.

Lost in Shadow by Cynthia Luhrs

A CHANCE ENCOUNTER…
A relaxing vacation to Scotland turns deadly when a chance encounter with a ghostly highland warrior leads to murder. When Emily witnesses a murder no one else can see, she learns she possesses an extraordinary ability allowing her to interact with the dead.

WITH A GHOSTLY HIGHLAND WARRIOR
Lord Colin Campbell prowls the streets of Edinburgh, a barren shell, eviscerating those who prey on humanity. No longer believing in love, unable to trust, Colin is rocked to the core when fate intervenes.

UNLEASHES A DEADLY CURSE AND A CHANCE AT ETERNAL LOVE…
Unwittingly drawn into Shadow when she saves Colin, a terrible curse is unleashed. Now with only a week to break the curse, time is running out. Locked in a deadly fight with forces that will stop at nothing to destroy her before she succeeds, Emily must find the key.

Intensely romantic and thrilling, Lost in Shadow portrays the struggle between redemption, retribution and the desire to find a love that transcends time.

If you enjoy persnickety gods, supernatural creatures and ghosts with the ability to manifest physical bodies, then Lost in Shadow is for you. This is the first book in the series though they all may be read stand alone.

The Burning Star by Jessie Lane 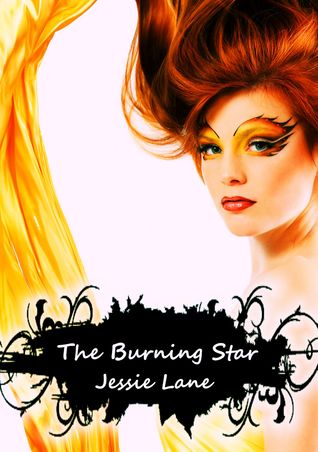 Kay’s journey of a lifetime started in the woods outside of Asheville, North Carolina. It was there that the 17 year old met a beautiful man along with a monster. The chance encounter led her to an unbelievable world that shouldn’t exist; a place where myths and fairy tales were real, and in some cases, deadly. Kay knew she would have to brave this new world if she hoped to find a cure for her terminal cancer. With a strange yet beautiful cast of characters that she would meet along the way, Kay uncovered truths that would change her life forever. However, before it was all over, it would become clear that Kay wasn’t the only one with problems. Yet another 17 year old young woman was fighting for her freedom and her life. Kira had lived in a magical world that Kay had only dreamt of. Despite this, her life had not been filled with many good things. As a matter of fact, she considered her empty, emotional solitude the only positive aspect of her life. She fought daily battles to escape abuse and torture. Trained to be an expert assassin, she was charged with kidnapping Kay and delivering her to Kira’s master, Lord Donovan. As the two young women set forth in their journeys, their paths would cross in unimaginable ways. The only question that would remain was who would come out alive and whole in the end?
Click the following links to see more: