“From vampires to empaths, to the grim reaper himself, this bundle will keep you on the edge of your seat. I dare you to try and put it down!” ~ Shannon Mayer, bestselling author of the Rylee Adamson series

From NYT and USA Today Bestselling Author, SM REINE – WITCH HUNT –– Shaman on the run. Isobel Stonecrow speaks with the dead…for the right price. She brings closure to the bereaved and heals broken hearts. But when she resurrects someone for the wrong client, she ends up on the OPA's most wanted list.

From NYT and USA Today Bestselling author, CJ ELLISSON – DEATH’S SERVANT –– Jonathan Winchester has clashed with his werewolf alpha one too many times.  He returns to Virginia to find work and meets a young waitress, Raine. As their relationship progresses, Jon's embroiled in more intrigue than he bargained for and a danger bigger than he can handle.

From bestselling author, LINDSAY BUROKER – TORRENT –– When Delia chose to major in archaeology, she imagined herself as the female Indiana Jones of the Southwest. She didn't imagine herself stumbling across decapitated bodies in old mine shafts or learning that monsters are real…

From USA TODAY bestselling author, ANTHEA SHARP – SPARK –– What if a high-tech game was a gateway to the treacherous Realm of Faerie? Superstar gamer Spark Jaxley's life might look easy, but she's part of an elite few who guard a shocking secret; the Realm of Faerie exists, and its dark magic is desperate for a foothold in the mortal world.

From bestselling authors BOONE BRUX and CJ ELLISSON – DEATH TIMES TWO –– The V V Inn has a ghost problem. New grim reaper, Lisa Carron, accepts the job. She quickly learns the hotel is full of the dearly departed—and she’s working for vampires. Throw in Asa, a young vamp hot enough to melt the Arctic ice, and Lisa realizes she’s way out of her element.

From bestselling author, JC ANDRIJESKI – ROOK: ALLIE’S WAR EPISODES 1-4 –– Like most humans, Allie distanced herself from Seers, a race of human-like beings discovered on Earth. Yanked out of her life by the mysterious Revik, Allie finds out her blood may not be as “human” as she thought, the world is nothing like it appears to be…and she has more in common with Seers than she ever wanted to believe.

From bestselling author, ANNIE BELLET – JUSTICE CALLING –– Gamer. Nerd. Sorceress. Jade Crow lives a quiet life running her comic book and game store in Wylde, Idaho. After twenty-five years fleeing from a powerful sorcerer who wants to eat her heart and take her powers, quiet suits her just fine. Surrounded by friends who are even less human than she is, Jade figures she's finally safe. As long as she doesn't use her magic…

From bestselling author, JESI LEA RYAN – ARCADIA’S GIFT –– Teenager Arcadia (Cady) Day’s family tragedy unleashes a hidden power. After experiencing what can only be called a psychic episode, her home life crumbles. As her emotional control slips away, Cady begins to suspect that her first psychic episode was just the beginning…

From Urban Fantasy author, KARA LEGEND – WILD NIGHT ROAD –– One innocent hex sets off a chain reaction of trouble among the shifters of the Kinraven that threatens war between werewolves, seraphim and witches. Lilith Darke will do anything to be free of her seraphim master. All hell breaks loose when rival packs face off only to discover a new, deadly threat that will take all their magick to survive.

“Fun, fast, and just bloody enough to leave me grinning…” ~ Reading the Paranormal

“[T]he action scenes were page turners! Will definitely be keeping my eye out for the next book!” ~ Johnna Francis, Escape Into Books

“it’s exciting and fast-paced, with a bit of mystery and a lot of action…” ~ Ela’s Book Blog

“Solid story that gives a dark, intriguing look into the earlier life of Jon.” ~ Reading the Paranormal

“The story grabs your attention from page one, the action and hurt are almost immediate…5 stars from me.” ~ Doug Meeks,Wicked Scribes

“This book has everything you could ask for.  There is a little romance, a little action, and a lot of magic.  It’s the perfect mix…” ~ The Awkward Life of Heather

“[G]reat characters in a fast-paced novel with three dimensional world-building.  What more can you ask for?” ~ The Mad Reviewer

“[A] pirate booty, an elevator to the afterlife and ghosts that can possess you in a most shocking ways…” ~ I Smell Sheep

“[A] fun filled, action packed story that will leave you wanting more.” ~ The Reading Café

“[C]hock-full of sexy good times! *thumbs up*…” ~ Reading the Paranormal

“…a fascinating world and an action-packed story; a version of the battle of good versus evil.” ~ Dreamstime Books

“[S]uch strong chemistry between Allie and her guide, Revik, that it takes your breath away.” ~ Literary R&R

“[O]ne of the most memorable, astonishing and original books currently out there.” ~ I (Heart) Reading

“Arcadia's Gift” is a poignant story of loss, love and hope. A must read…!” — Charlotte Abel, author of Kindle bestsellers, Enchantment and Taken 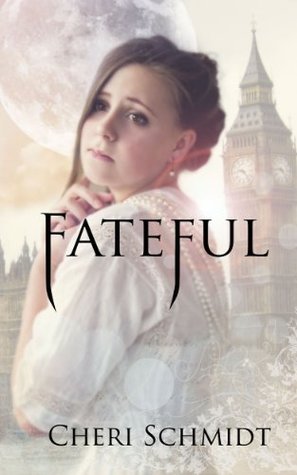 A huge fan of Jane Austen, Danielle hopes to find her own Mr. Darcy when she leaves Colorado to attend art school in London. Of course she knows it’s silly to wish for that, naive even. But she’s met enough males who lacked respect for women, a growing trend it seemed. And at nineteen…well…. However, on only her second night there she gets lost and is threatened by a stalker who proves to be immune to her martial arts training. Before she is completely overpowered, she is then saved by Ethan Deveroux. While Danielle does find the romance she seeks in Ethan, he’s no Mr. Darcy. Her hero is held by a spell which fractures their chance at a happy ending. During the day Ethan is closer to mortal than immortal and can date her like any other man. Yet, as the sun sets, the powerful magic of an ancient curse returns and the evil of that spell is revealed. When that magic begins, Danielle's fairytale romance ends because Ethan Deveroux is a vampire.

Water and Fire by Demelza Carton 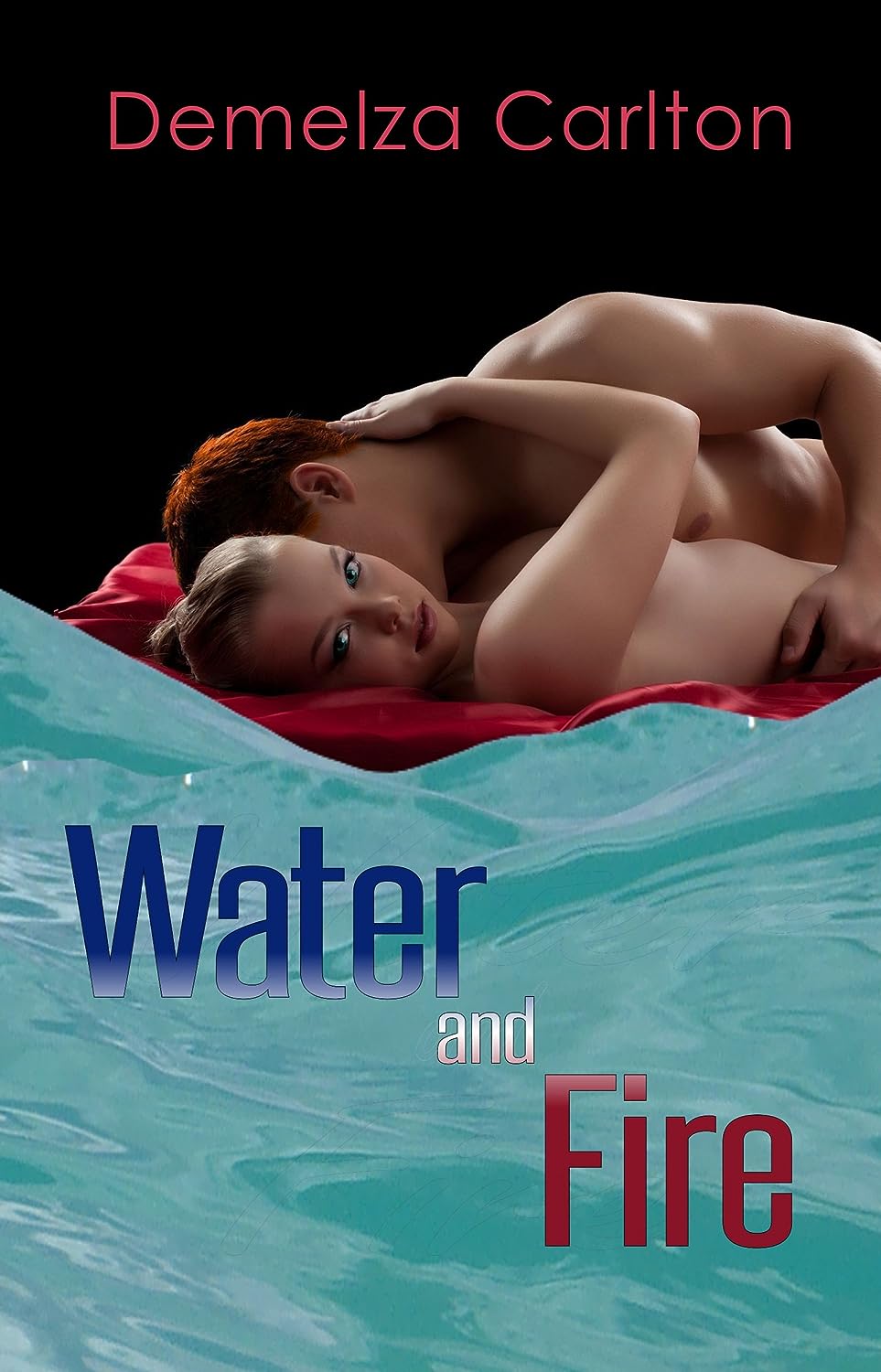 A steamy medical romance bestseller involving a sexy doctor, a naughty nurse, a midwife on a mission and a mysterious predator in Albany, Western Australia. Working as a student midwife in an Australian country hospital is never easy, but Belinda finds more trouble than most.There's the intern doctor who follows her around like an overgrown puppy, the dangerous local wildlife and her own secrets she must keep. When she finds herself without a place to live, what else can possibly go wrong? Or is it time for something to go right? A tiny taste of what's in store:I touched my fingers to his shoulder to steady myself before reaching for my drink. His face split in a wide grin beneath his ocean-deep eyes. “I think you've had enough. What'll you give me for it?”I shrugged. “What do you want?” His smile shrank, becoming more thoughtful. “You could start with a kiss.”I looked into those yearning, deep-water eyes of a man who seemed all fire. It's been a long time, but I think I still remember how. I cautiously placed my hands on the sides of his face and touched my lips to his. His mouth was open, so the draught of his breath cooled my lips for the briefest moment before I pulled away. “F*** that!” He strode to the coffee table and clunked the glasses down. His hands were empty for barely a moment before they were splayed warmly on my back. “Belinda. That's not a kiss.”I moved with him as he pulled me closer, one of his hands travelling up to the back of my neck as the other drifted down to the small of my back. I leaned in closer still. He bowed his head as I tilted mine up. I wet my lips and parted them, feeling fear for the first time. Perhaps I have forgotten how to do this. This is a stupid idea. He pressed his mouth to mine, layering our lips as we shared a breath. His smiling blue eyes drooped to show blue-veined lids as his tongue stroked mine. I haven't forgotten. This is new and I'm going to…I'm going to…His shoulders were smooth beneath my questing fingers, his lips warm and responsive as I deepened my kiss. I felt his chuckle rumble through both of us, though I couldn't see him with my eyes closed. He tasted of whiskey with a hint of chocolate and I wanted more…“Now that's a kiss.” Ocean's Gift series This book is a stand-alone prequel to the Ocean's Gift series, which currently includes: