Shifter Liam Doyle knows Hell. At least he believed he did. The night he feels his mate die, he learns how very wrong he was. Nothing he’d struggled with since Ava’s rejection compares to the emptiness that fills his soul by her death. Lost in his grief, he’s taken by surprise and drugged. When he wakes, everything changes. Nothing is what it seems, and someone is dead set on making him pay.

When Ava Michaels is taken captive, she’s thrust into a dark and terrifying world along with the man she was forced to leave behind. While being near Liam again is heartbreaking, the motive behind her kidnapping is gradually revealed. The more she learns, the more she worries Liam isn’t the man she believed him to be. He has enemies willing to do anything to extract their revenge. Can their love survive a crazy man’s vengeance?

Shapeshifter Xander will remain stuck in oblivion between good and evil until he is marked–either with the sphere that will identify him as a servant of the underworld or with the water mark, serving the keepers of humans, vampires, and warlocks.

One decision will mark him and his twin sister Mira equally.   She is in love with a man bearing the water mark and wants Xander to follow the path of the good. But Xander loves a black witch, a minion of the underworld.  All he has to do to join her forever is kill.

After all, there's something good about being bad.

In Darkness We Abide by Rhiannon Frater 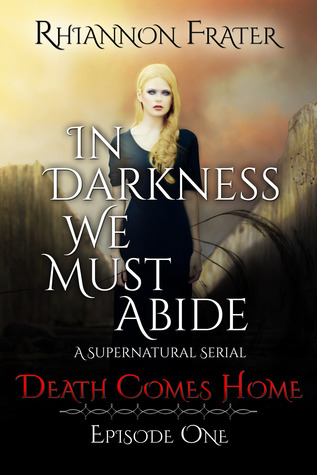 In Darkness We Must Abide is the epic saga of one young woman caught in the dangerous world of the creatures of the night.

Already living in the shadows due to her albinism, Vanora is just a little girl when her older brother inadvertently unleashes a terrible evil from the family crypt that changes their lives forever.

As she grows up in a world where beautiful deadly beings hunt by night, one captures her eye and her heart. Yet, can she trust the mysterious Armando? For there is a powerful entity plotting to claim her when she reaches adulthood in order to fulfill an ancient prophecy, and her enemy has enveloped her in a web of deceit, casting doubt on all she believes to be true. Soon, she will have to fight not only to save those she loves, but also for her very soul.

Rhiannon Frater delivers a chilling adventure once again with this multi-part epic serial with a dynamic cast, old school vampires, bloody action, a smoldering forbidden love, and a terrifying villain set against the backdrop of a modern day vampire war.