Find out what's under that kilt in this collection of steamy shapeshifter romances! NY Times and USA Today bestselling authors such as Selena Kitt, Michelle Fox, Tabitha Conall, Adriana Hunter and Liliana Rhodes offer stories featuring hot alpha shifters in kilts. Most of the 12 stories in the collection are brand new!Are you ready to peek under the plaid?
Her Scottish Alpha by Tabitha Conall: In the midst of trying to figure out their mating, Alpha werewolf Lachlan and dragon slayer Keira have to find Keira's missing sister, fight a war and save Lachlan's life.Liulf by Victoria Danann: For two thousand years the Scotia werewolves have enjoyed the protection of the Fae Monarchy, but the world is changing and the tribe must adapt or face extinction. Or move.Highland Wolf Pact by Selena Kitt: Englishwoman Sibyl Blackthorne escapes her arranged marriage to a cruel Scot only to find herself in the arms of something even more dangerous – and discovers only one wild heart can claim another.Kiss the Dragon by Michelle Fox: A cursed dragon finds his maiden is already claimed by the future. If he can't save her, she can't save him.

By the Light of the Scottish Moon by Red Phoenix: Bryn, the pack leader, is so lost in his own pain he can't see beyond it. Freya is dying & has come home to Scotland.to say goodbye. Her fate lies in his hands – but to save her he must kill her

The Highlander's Mate by Liliana Rhodes: Centuries after an ancient curse on his clan tore werewolf Bran MacCulloch away from his mate Ainsley Drummond, he catches her scent on the breeze. But how can it be her?

Highland Moon Rising by Sarah Makela: When wereleopard Caitlyn returns home to see her werewolf half-brother after he's rescued from scientists, she's imprisoned by the Pack. Will the Alpha who hungers for her be the protector she needs?

Knights of Stone by Lisa Carlisle: Gargoyles, tree witches, and shifters have divided their Scottish isle. When a witch breaches into another territory, she's tempted by a forbidden attraction that may affect the future for all.

The Zrakon's Curse by Linda Barlow: Sea dragon shifter Colin Malloch's need for a mate draws a woman from another world into grave danger. How can he keep her safe when his own brother demands her life?

To Tame a Highlander by Adriana Hunter: Curvy nurse Aspyn Montgomery's night takes a sudden turn when a patient she watched die suddenly turns up at her apartment desperately needing help. Can fated love triumph over the threat of war?

Roots and Fang by Skye Eagleday & Ripley Sage: When McKay takes a male Fae lover it triggers the deadly jealousy of the powerful Pooka shape-shifter the Fae abandoned. Can love conquer all when only one of you is human?

Midnight Hunt by Arial Burnz: As Broderick unravels the mystery of why Monika reminds him of his late wife, his quest for answers causes a chain of events, starting a witch hunt, dooming them both to the fiery stake of judgment.

Desired By The Alpha by Cassie Wright

[Completed serial] Alyssa's life has turned into a nightmare. Stolen from her home and held prisoner at the Silver Dawn Cairn, she can only wait while the werewolves decide if death is more merciful than allowing her cursed heritage to manifest itself.Erich North is the alpha of the mighty Chicago Ink Cairn. There is no wolf he cannot defeat, but even he must bow to ancient lupine tradition. Reluctant and bitter, he's come to the Silver Dawn to fulfill his political duty and sacrifice his heart.A chance meeting during the Full Moon Revel sets them on a course of soul-shaking pleasure and inescapable tragedy. For no matter how mind-blowing their mating, neither can avert their terrible fate that threatens to sweep them apart forever.Desired by the Alpha: Part One is a novella. It is the first entry in the completed three-part Desired serial. It is recommended that you read the Falling for the Alphas series first, but that's not necessary. This story is for ages 18+ and is my steamiest series yet. 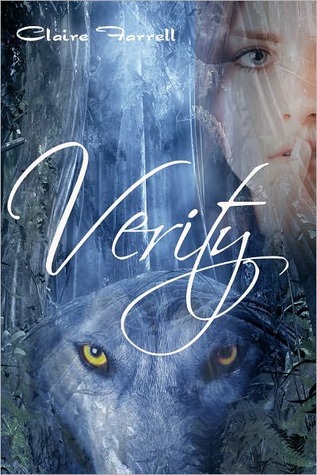 Sixteen-year-old Perdita Rivers has spent her entire sheltered life being told what to do. Lately, she’s felt ready for a change, and the universe seems to agree. Her new best friend’s brother is the boy of Perdita’s dreams. Literally. Even though he plays hot and cold, she’s sure there’s more to it, but she’s kind of distracted by the sense she’s being followed – not to mention the rumours of wild animal sightings that seem to mean more to her new crush’s family than they should. Perdy’s on a mission to find the truth, but maybe the truth is the danger she should hide from, after all.