It’s the beginning of a love that just may endure the test of time and the vast chasm between our universe and another. Kairos: An Enmortals Series Novel is the inaugural installment of a new adult paranormal romance epic that weaves together man, myth, and magic in an intricate tapestry that will spark your imagination while it opens your heart.

Sulwen Macgregor is a studious college senior who only grudgingly leaves the sanctity of her room. The magnetic Logan Thatcher has plenty of notches on his belt, but eyes only for Sulwen. When the two meet, the chemistry is out of this world. In fact, it loops into a parallel universe, where Sulwen finds herself hunted by nightmarish beings, and it’s up to Logan to protect her. As their lives entwine, Sulwen and Logan must defy all odds to rise above those who will stop at nothing to suppress them.

New York Times/USA Today bestselling author, Deanna Chase, brings you the first book in the Crescent City Fae series. It’s tough being a faery in New Orleans, a city fraught with vampires… especially when their very existence drains your life-force. Willow Rhoswen, owner of The Fated Cupcake and part-time vampire hunter for the Void is having a rough week. Four years after her twin brother’s mysterious death, Willow’s life is threatened and the director saddles her with a new partner—her ex-boyfriend, David. To her horror, he’s turned vamp, which causes her physical pain whenever she touches him… and any other specimen of the undead. In order to save Willow’s life, David agrees to turn double agent against the most powerful vampire organization in New Orleans. Or so he says. And she’s convinced they know something about her brother’s death. Unsure where David’s loyalties lie, she turns to Talisen, her childhood crush, to help her solve the mystery. Caught between two gorgeous men and a director who’ll stop at nothing to control Willow’s gifts, she’ll have to follow her instincts and learn who to trust. Otherwise, she risks losing more than just her life.
Click the following links to download:
Amazon
B&N
Kobo
iBooks
Google Play 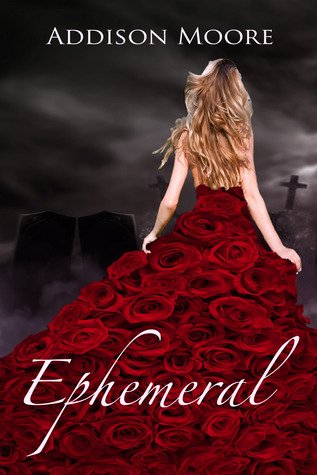 In the grand scheme of things, you’ll be dead a lot longer than you’ll ever be alive. The last thing Laken Stewart remembers is the oncoming car, then bursting through the windshield. Two months dissolve without her knowledge and she finds herself in unfamiliar surroundings with strangers who not only profess to know her but insist she’s someone else entirely. Laken discovers her long dead boyfriend, Wesley, has been thrown into this alternate world as well. He is quick to inform her she suffered a horrible fall and that her memory hasn’t fully returned. According to Wesley the other life she had—her name, her family, they were simply a side effect of her brain trauma. In her quest for answers she meets Cooper Flanders, the son of her psychiatrist who readily believes every word she says. Laken Stewart knows she died on that hot July afternoon, but now she’s alive—or is she?