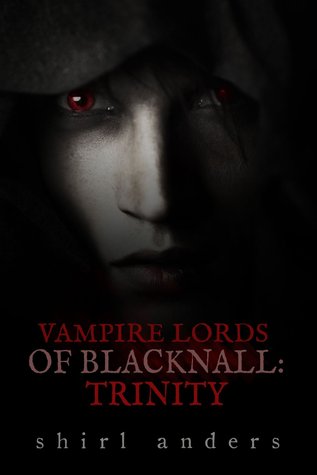 Only a creature of the night can save her.

Four brothers. All turned vampires by the same evil Sire. They are the Lords of Blacknall, in this century. Trinity is the second oldest and while starting to investigate the murder of women on London's east side, he suddenly feels a woman in danger. Why her? And why does this one woman's blood set his thirst on fire. Can Trinity save Lady Beth from the monster that hunts her? Can he even protect her from his own wicked urges, wanting to devour her?Lady Beth Winslow never stays home in the evenings. She fears her despicable stepbrother. Then a monster stalks her in the dark woods and she cannot tell beast from savior. Gothic undertones fill this vampire regency romance novel with adventure and passion.

Trinity became aware of the woman screaming as she thrashed on top of him. More powerful than her ineffectual attempts at breaking his hold, while she screamed shrilly into his ear, were the scents of her fresh blood, choking him. It was a quality of blood scent he'd never inhaled before.

His savage and barely-controlled inner hunter snarled to life. Fangs punched past his lips as twin weapons, gluttonous for the smell of pure virgin’s blood pumping from cuts on the woman's struggling body. Ravenous hunger clogged his throat as he'd not felt since he was a young and uncontrolled vampire. Then, before he had any hope of exerting his willpower over the sudden monstrous cravings, his body turned, flipping the woman onto her back. He landed, pouncing over her. His fangs ready to strike, while the veins in his body throbbed for the blood he could smell.

Why was her blood so potent?

The animalistic snarl that lunged from his throat clashed with the woman's frightened sobs, and her wide eyes gazed up at him with horror polished in their depths. Her small hands pounded against his upper chest as her bare hips and legs thrashed, trying to push his body off. His hard erection beneath his britches pounded for her submission, ordering his hips forward to press the rigid length down into her soft center, crushing her lower body's struggle to a halt.

The woman whimpered in fear. Then she cried, “Oh no! No!”

The strangled animalistic sound he made choked the woman's cried words into panting silence, as if she believed halting any motion would make the vicious animal set to strike her miss.

Beth couldn't stand the predator's gaze of yellow eyes with red glints slashed in the centers. She whimpered with sheer terror, jerking her gaze to the side, clenching her eyelids. She'd seen the long white fangs and she'd heard the animalistic snarls that came from the beast surely set to kill her. First, a monster hunted her and now another apparition held her captive. Yet the powerful menace against her felt like a man with hands, arms, legs, and a heavy chest. She felt men's trousers along her bare legs, and she felt a jacket fallen open over her breasts. Was it a man?

Why didn't it strike? her mind wailed, as her breath heaved. Was this the beast that chased her? She thought not. But her questions and abject terror paled in comparison when she felt a hardened length pressing into her core … and what that foretold, nearly caused her to fall into hysteria.

“Don't move!” The commanding voice was a tense baritone with the aftereffects of a growl.

The appearance of human words so surprised her panicked state, she jerked her gaze toward the sound as her body quaked in reaction. Had someone come to save her?

“Don't,” the beast above her commanded, “Move.”

To hear the semblance of a human's voice in the world gone so mad made her hopes flare unrealistically. Yet they did all the same. She wanted to live.

When Katia enrolled at Crossroads Academy she knew things weren’t exactly going to be easy. The sole heir to the worlds’ most powerful vampire, her presence was bound to cause a stir. But nothing could have prepared her for this. Whispers follow everywhere she goes. So does trouble.

Bodies start turning up in nearby Rutland and Katia is sucked into a twisted web of danger and deceit. Haunted by nightmares she can’t explain and a thirst for blood that is never sated, Katia will do whatever it takes to keep her past buried.

Nothing at Crossroads is what it seems and Katia’s secrets may be the darkest of them all. 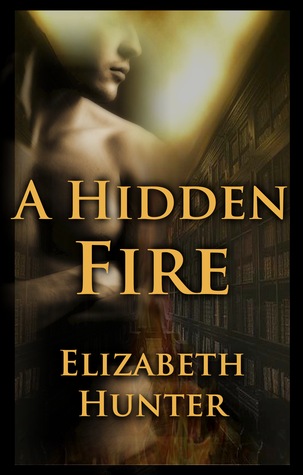 A phone call from an old friend sets mysterious book researcher Giovanni Vecchio back on the path of a mystery that has eluded him for centuries.  Little does he suspect a young librarian holds the key to an ancient secret, nor could he expect the danger Beatrice De Novo would attract.

Now both will follow a twisted maze leading from the archives of a university library, through the fires of Renaissance Florence, and toward a passion that could destroy them both.