One bad choice cost me my job. Another one could take a bite out of my heart.

I was about to solve the puzzle of the latest childhood disorder du jour – Chronic Lycanthropy Syndrome – when my lab went up in flames, my job went down the tubes, and my lover went back to his ex.

When I found out my grandfather left me his multi-million-dollar estate in the rugged Ozark Mountains in his will, I thought my luck was turning. But my inheritance came with a few problems that go way beyond layers of dust and creaky floors: kids in the area that go missing during full moons, a mysterious death, and a band of werewolves who consider the property their own private hunting ground.

I’ll have to do more than face my research again to solve the mysteries of Wolfsbane Manor and stop a horrific epidemic. I’ll have to risk love, friendship, and the only true family I have left. And possibly doom myself to the fate that killed my twin brother.

This time, being true to myself could be a deadly mistake.

I like to solve problems. The hard kind. A social worker by day, P.I. in my “spare time,” I’ve even figured out how to handle my little “werewolf problem.” After a dose of wolfsbane, my physical body stays safe in bed while my wolf goes spirit walking. If only she didn’t have a mind of her own…

After I overhear my sleazy boss plotting to turn my office into a trap, my instincts tell me to run. But not only do my problems stick like a bur in my fur, I find a whole new set.

Deep in the Appalachians, I learn a family secret that means I’m unique, even among werewolves, and I’m stuck on the dangerous border of a century-long war. Now I’m pursued by a rogue sorcerer with poisonous intentions, other wizards who’d like to throw me in a gilded prison, and a band of ghostly wolves thirsting for my blood.

Worse, there’s only one man who can protect me, and even he demands a price: my heart. Even though his own may be forever beyond my reach. 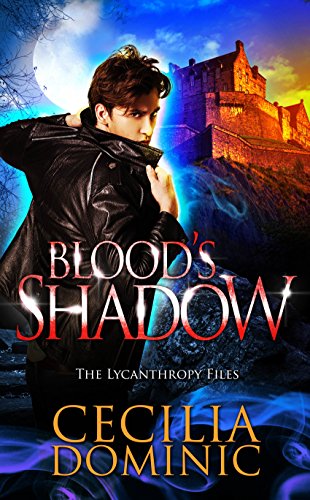 The disease has teeth…but the cure could be deadly.

As Investigator for the Lycanthrope Council, I went above and beyond my official title to keep werewolf kind out of the public eye, which was harder than you’d think. Now I have a new challenge as the liaison to the Institute for Lycanthrope Reversal, advocating for humans turned werewolf against their will.

The Institute’s controversial “treatment” is nonetheless generally accepted – until one of the project’s scientists is found murdered at his desk.

The suspect list is long: purists who believe lycanthropism is a non-returnable gift; wolf-borns who want the cure for their own; and the ethereal Selene Rial, an Institute psychologist who’s lost her most precious possession to a secret society dedicated to the annihilation of werewolves.

If I fail to solve this case, the fragile peace between wizards and lycanthropes could shatter, and my friends’ lives could be ruined. But even if I succeed, I have to face the consequences of my heart being pulled in a dangerous direction – a woman whose dangerous secrets could destroy us both.

1870 – The American Civil War is in its tenth year, and the demands of the conflict have pushed coal supplies – and therefore the global economy – to the brink. The only hope for a new power source lies with aether, an unstable and untested substance.

After a dishonest woman broke his heart, renowned aetherist Edward Bailey buried the pieces under a strict routine built on solid, scientific predictability. The last thing he wants is to accompany a woman he doesn’t know on an expedition across Europe to seek clues about aether in ancient art and artifacts.

Aspiring archaeologist Iris McTavish is determined to prove her worth as a scholar and scientist and save the financially ruined house of McTavish without accepting an unwanted marriage proposal. But keeping her secret is difficult when she’s faced with Edward’s compelling gaze and unrelenting logic.

Amid clockwork spy devices, threats from a mysterious society who’ll stop at nothing to conceal their secrets, and plots from a guild bent on stealing them, Edward’s and Iris’s undercover expedition seems doomed from the start. Betrayal and danger from supernatural and mundane forces await them on the road from Paris to Rome. Worse? The price demanded for the revolutionary discovery they seek could grind their hearts to pieces.

Everyone wears a mask. But the deadliest secrets hide in plain sight.

Marie St. Jean’s supreme acting talent comes with a price: Every spellbinding performance extracts a piece of her soul. When she reluctantly steps into a role abandoned by another leading lady, she encounters the reason the other woman fled in terror—a ghostly spirit who promises to fix her affliction.

Violinist Johann Bledsoe pulls her heart in a direction she dares not go, but with the Prussians surrounding Paris, she is well and truly trapped.

Johann thought he’s left disgrace and his gambling debt behind in England, but a murder outside the Théâtre Bohème makes him fear he’s been exposed. Though his heart resonates for the ravishing daughter of Madame St. Jean, he knows that once the siege is over, he’ll have to keep running.

Under the baleful eye of steam-powered ravens, more murders drive Marie and Johann closer to the truth of what really lurks below the stage, and what dangers hang over their heads. Their only hope could lie in exposing their darkest secrets—and surrendering to the Eros Element in a way that could push them irretrievably close to the edge of madness.

Forgetting her is impossible. Remembering him could kill her.

After treatment for the mental and emotional trauma of a steamcart accident left her with partial amnesia, Claire McPhee hopes that by helping others with combat-related neuroses, she’ll someday—somehow—fill in her own blanks. Particularly the elusive memory of a man she once loved.

Something about the new medical chief triggers her painful, hypnosis-induced blocks, but he keeps pushing her away before she can shove through the barriers to determine why.

Chadwick Radcliffe has faced many challenges since assuming the position of medical chief at Fort Daniels, but facing his former love—and the knowledge that her memory of him could be deadly—pains him the most. While he’s had some preliminary success using the Eros Element, he’s all too aware its unintended effects could harm as much as heal.

With the Union on the cusp of caving in to the Confederacy’s demands, time becomes a precious commodity. Ghosts rise. The Element takes on a new, unpredictable aspect. And resurrected love could give Claire and Chadwick unexpected strength—if they have the courage to break the chains welded around them to seize it.

Until he overcomes his past, he can’t be anyone’s hero. Not even hers.

After leaving her abusive relationship, Karen Hardeman stifled her self-doubt and enrolled in Foothills University’s MFA program. Her first course—Intro to Romance—is ironic. Goodness knows she needs help in that area.

The professor is offering a prize for writing the best novella: dinner with her favorite author. It’s as good as hers, if she can just find the right model for her hero. One thing is sure—it’s not her irritating classmate, Seth Sayers.

Seth left his soul-sucking software career to seek a new direction—and to escape family drama. After a disastrous encounter with a jagged piece of wine bottle lands him in the ER, a painkiller-induced dream casts him as the male lead in Karen’s project. The pills also dull his better judgement, and he re-writes her story from the male point of view.

When their professor forces them to collaborate on the manuscript, it’s hardly a match made in writing heaven. Trust is in short supply. But when Karen runs afoul of a villainous megachurch preacher, she instinctively reaches for the one man who already has a piece of her heart – Seth. But can he can overcome his doubts and be the hero of her dreams?

About the author: By day, clinical psychologist Cecilia Dominic helps people cure their insomnia. By night, this urban fantasy and steampunk author writes fiction that keeps her readers turning pages past bedtime. She prefers the term “versatile” to “conflicted” and has been published in short story and novel-length fiction. She lives in Atlanta, Georgia, with one husband and two cats.