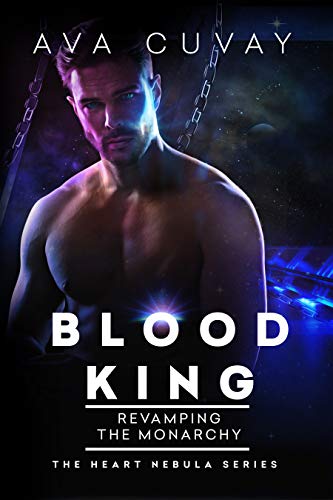 Dracula was an upstart nobody from an alien race of bloodsuckers… Kaz just met the planet’s King.

Kazandra Lyon’s failed life sucks. But her vacation to a popular destination-planet sucks on a whole new level when she’s abducted and whisked off to a dark castle mired in twilight. She struggles against the attacks of a bloodthirsty monster and her growing attraction to the sexy and mysterious vampire king. Amidst murdered palace staff, political power struggles, and the king’s blood-searing seduction, has Kaz bitten off too much? Will she return to the unhappy safety of her failed life or stick her neck out and embrace a future with the lusty king who thirsts for her?

Away from his homeworld for far too long, King Rune Lahdunae’s political influence has weakened and his vision for his people is now a relic from a bygone era. He struggles to regain his royal standing as monarch, resurrect his race’s proud heritage, and keep his randy fangs off his beautiful guest. Yet Kazandra’s spirit and humor arouses a hunger in him more primal than the need for her life-giving blood. Can he entice her to remain as his honored guest… and possibly his wife? And can he thwart the relentless killer who is drinking his people dry before Kazandra becomes the next victim? 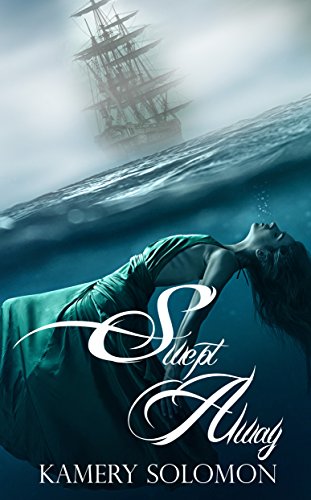 For more than 200 years, the Treasure Pit on Oak Isle has baffled treasure hunters, engineers, and the common man alike. When Samantha Greene arrives, she finds her estranged father has spent years funneling energy and finances into the endeavor, finding nothing.

When an accidental death occurs in the pit, fulfilling the prophecy that seven lives must end before the treasure can be found, the search kicks into high gear, with more than one party vying for the secrets that lie below. Finding herself the closest to the treasure anyone has ever been, Samantha throws herself into the work, landing among the coveted prize. Just as she's about to discover what's truly hidden beneath the island, the pit begins to flood with ocean water, sweeping her away despite her attempts to swim to the surface.

Upon awaking, Samantha discovers that, not only did she not drown, but the year is 1695—one hundred years before the Treasure Pit was even discovered. Carried off by the pirate Tristan O'Rourke, a rouge Irishman with more than his share of secrets, she soon finds that there is much more than she realized in play. Will she discover the secrets of Oak Isle, or will an unexpected love keep her from finding out the truth? Will she ever make it back to her own time? Perhaps the real question is this; will she want to?