Nathan Drake cares about only one thing. Money. As a recovery agent ( *cough thief ) he'll take any job that gets him the green. His brothers don't call him Heartless for nothing. But a heart doesn't keep food on the table. Living on the outskirts of dragon shifter society has taught him that. Whether it's drugs, jewels or weapons, he'll recover whatever the client wants, for his cut of the loot of course.

Until the night a storm pushes him off course and he’s forced to take his cargo back to his den. Locked inside fighting the mating fever he discovers the crate isn’t filled with diamonds or jewels at all. Instead it contains the one thing he can’t ignore.

A Night Of Wickedness
JD Nelson
$0.99 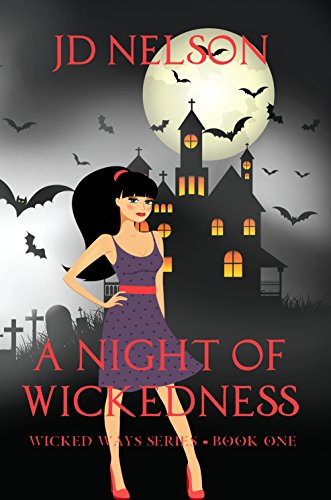 Obsidian Raines is everything I hate in a new neighbor. He’s smart, sexy, and a wealthy vampire. Now, I know what you’re thinking. He sounds hot, right? Well, he is hot, but that’s not the point. If you were a nymph you would understand. Life for us is no picnic; most of us end up stalkers, sex addicts, and prostitutes.
I am no exception to this rule, which is why I was sent to the middle of nowhere Alabama to be alone. How was I supposed to know that he would inadvertently destroy all of my therapist’s progress with the first word that came out of his brooding, sarcastic mouth?
In between Obsidian and my new friendship with Alpha werewolf, Oswin Morris, I’m pretty sure that my ‘punishment' will turn out to be a catastrophe only a nymph could be capable of. 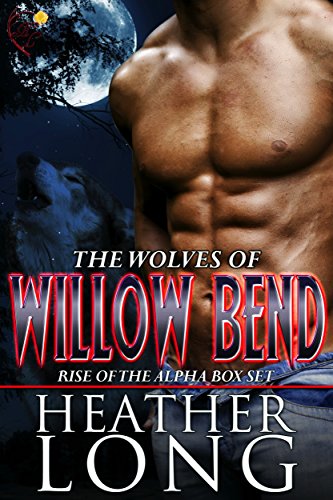 Discover the Wolves of Willow Bend and small town romance with a bite.

After a dominance challenge ended with his parents deaths, Mason left Willow Bend and his pack behind, choosing instead to live life on his own terms…as a Lone Wolf. A wanderer, he keeps his life simple and carefree until an unexpected encounter brings him face to face with his tragic past and the woman he always adored. Determined to get her out of his blood, he teases her into an easy one-night stand…but one taste will never be enough.

Adopted as a young girl, Alexis Huston lived on the fringe of pack life. She's never been strong enough, fast enough, or pretty enough–except to Mason, but then he left her. Allowed her freedom as an adult and sworn to keep the pack's secrets, she's struggled to fit into the ‘human' world. A chance meeting turns her hard-won life upside down.

She is left with two options–she can tell the only wolf she's ever loved that she's carrying their child…or she can protect him, keep the baby a secret, and run.

Triplets, the Buckley brothers were inseparable until everything went wrong one violent, bloody night. A.J. Buckley, the eldest of the trio, faced a human trial for a brutal murder. Found guilty, he was sentenced to twenty-five to life. Without argument or regret, he accepted the sentence. After six years in prison, A.J.'s conviction is overturned on a technicality and he returns to Willow Bend to face a new Alpha and fresh charges.

Vivian Knox was the only witness to the murder. She refused to testify in the human courtroom and spent a year in prison on contempt charges. Once released, she worked tirelessly to free A.J., finally locating a loophole in the case against him. Satisfied with his freedom, the last thing she expected was to be kidnapped to the back of beyond where another judge demands she testify to what she saw that night. This time, contempt is the least of her problems.

Only four people know exactly what happened that night and none are talking. When pack law threatens Vivian, A.J. must stake his claim, but his wolf might be too damaged to help him…

Gillian Whitford, darling of Willow Bend, brings out the protective instincts in all the dominants, but none more so than Owen Chase, the pack's Hunter. A loner by nature and calling, Owen spends less time with his pack mates and more time on the borders of their land. Not even the change in the Alpha and the swearing of a new oath kept him around long.

Winds of change still drift through Willow Bend as they adjust to their new Alpha. When the Hudson River pack requests a fill-in healer to replace their own, Gillian, journeymen apprentice to their Pack healer, is the obvious choice to help. Owen forbids her to accept, but the sweet natured wolf rebukes his selfishness and volunteers anyway.

Risking a challenge, Owen faces off against his Alpha to appeal her decision and finds himself charged with her safety. Now, the loner will be escorting one of his pack's most precious into foreign lands. He's all that stands between her and a dozen potential threats…and if he doesn't stake his claim, he may lose more than his heart.

Aein wanted to be a soldier in Lord Arnkell's army since she was a child working in the stronghold's kitchen. When that day finally comes and she is sent to patrol the border's swamp with fellow warrior, Lars, it seems like her dream has come true.

But something follows her home and Aein is about to become the scapegoat in a game of political intrigue.

When Lord Arnkell's wedding is interrupted by a werewolf attack, the dream shifts into a nightmare… and Aein is the only one awake.

Book One in the Twilight Shifters series.