Allison Monroe just got kissed. On an elevator. By a stranger. And she liked it a lot.

But she has no time to be distracted by this gorgeous man, with his panty-melting glances and sexy accent. She’s headed to the most important event of her career—a launch party for the new “My Fantasy e-Reader” at Club Kismet, high atop a Manhattan Skyscraper.

She’s determined to forget about the amatory elevator ride.

But Nicolai Petre has other ideas. That kiss confirmed what his grandmother’s mystical vision had already told him—that Allison is his destiny.

He’s determined win her love by the full moon. That means he only has six days to prove they are soul mates.

How will this mysterious billionaire from Transylvania win over a skeptical New Yorker who does not believe in relationships and thinks meant-to-be love is a myth like unicorns and Santa Claus? There’s only one way to avoid a clash of cultures and rise above her romantic resistance. He must speak to her in a language she understands. Arousal.

All day long, and in her dreams, she’ll crave him. Until the sixth day, when he must reveal all his hidden family secrets and she must decide her true feelings.

Nicolai’s crazy story about fate and fulfilling his dying grandmother wishes leave Allison’s head spinning. But this gorgeous, hand-kissing hunk from Eastern Europe is too hard to resist. She feels things when she’s around him, and even when she is not. But can she ever feel true love?

Riches, royalty, and spiritual power hang in the balance. So do two hearts and souls.

Hell must be empty because the Spartan Family is gathering in San Diego.
They're outcast vampires who became a family. They're more like the Borgias or the Donners than the Windsors and Kennedys. There's Theo, a Greek from Sparta who looks like he's just out of his teens but might be the most powerful vampire on earth. The Lady Chi, not even five feet tall with her bound feet is a vampire succubus who's responsible for more wooden boys than Geppetto. There's a dark Viking who's falling for the cashier working at the gas station and a Gypsy who talks to the local coyotes.
Then there's Dane Kriger, the wickedly beautiful vampire known as the War Dane. He's never been called civilized and it's hard to keep clothes on him. He's over five hundred years old and he's spent the last hundred years as the slave of a sadistic vampire who's tortured him, raped him and kept him from his woman. Dane's had enough. He's summoning his family together to help him get his life and his Bianca back. 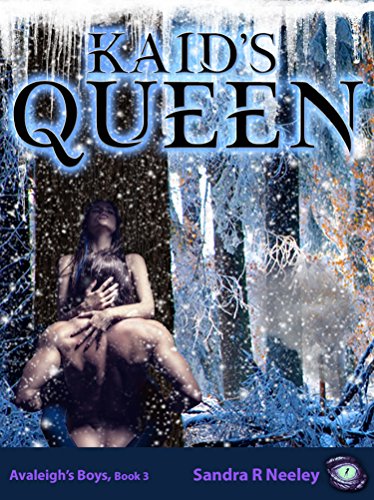 Kaid has watched as members of his clan have found and claimed their One, their Mate. Even the female that he had once hoped to claim as his own has found and claimed her One. He’s lonely, he’s tired of waiting, and his Bear is growing bitter and despondent watching from the side, never gifted with his own. He’s tired of hurting. Then a visit from an old friend delivers his heart’s desire. He’s speechless. She is beyond all he ever dreamed. But there’s a problem; she’s more Alpha than he is, housing a Monster that even she is afraid to release. And the little fact that he failed her before he ever knew she existed; how can she forgive him for his failure if he cannot even consider forgiving himself?

Delilah was born in captivity. Her parents murdered. All she has ever known is rules, permissions, cruelty, forced to barter in trade each day for her very survival. The concept of love, family and happiness mean nothing to her; they are merely words. Her captor leaves one day, never to return. She believes she’s been left to die a slow, painful death, starving in the cell that is her home. Then a chance encounter saves her; a human searching for answers stumbles across her hidden prison. She doesn’t trust him, but she’s got nothing to lose and he’s got food! So she goes with the man on an adventure that takes her to an Alpha who could be all she never knew she needed. Now if only the Monster that resides inside her wouldn’t eat her newfound friends, this might not be too bad!

While Kaid and Delilah struggle to form a bond other than the obvious physical one, a vengeful, unseen threat from the past scurries into the periphery of their lives, threatening not only their new-found chance at happiness, but the lives of every member of their clan and the very land they call home. Will this threat be detected in time to save the lives of all Avaleigh’s Boys and everyone they hold dear?

This book is the third in a new series, Avaleigh’s Boys, about a group of shifters who make their home in the backwoods and bayous of South Louisiana. Their clan consists of a mix-matched group of five shifters who depend on one another and are loyal to no end. These are their stories.

Warning: Intended for mature audiences. These stories contain hot bear, dragon, wolf and lion shifters. They like to cuss, fight and love their women. This book contains explicit love scenes, lots of use of the “F” word (among others), and some abusive scenes both inferred and described that may be disturbing for some readers. If you are offended by these subjects, please do not buy this book. 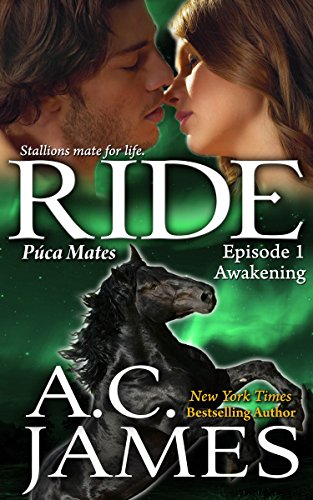 Felicity Forrest has the perfect job as an investigative blogger for Everyday Supernatural. This curvy girl gets sent to the Aran Islands to find out whether a púca shapeshifter is responsible for the strange accidents haunting a construction site.

Niall O’Leary is tall, broody, and totally alpha. His mission is to discover why the veil between the human world and the Realm has lifted. And as the Chieftain’s son, he must find a mate or his twin will be promised to a stallion he despises. He has a duty to his family, his clan, and a need for offspring. Otherwise, the púca could become nothing more than folklore.
Passion and frustration ignite when a curvy human female tempts his inner stallion like no other. There’s only one problem… She just got out of a relationship that left her broken hearted. Is she ready for a second chance at love?

Reader Note: This book is for those who are 18+. It contains language, sexual situations, and one helluva cliffhanger. However, if you like curvy shifter romance, a stallion who can’t resist his curvy woman, and a dash of humor, then this is the story for you. Please read these installments in order. Enjoy!