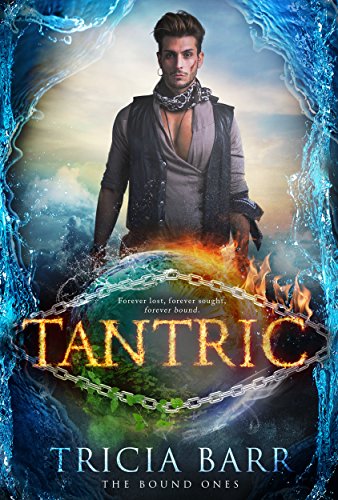 The Four Corners have been defeated, and Phoenyx and her friends are free…or so they thought.

Lily has been taken, and if Phoenyx and the others do not give themselves up in five days, the Four Corners will kill Lily, effectively killing the other three as well. But Phoenyx has a new friend, Ayanna, who turns out to be her oldest friend in the world. Ayanna has the power to bring back the memories from all of Phoenyx’s past lives, and the knowledge that is unlocked sends the Bound Ones on a millennia long journey for an ancient artifact that might free them from the Four Corner’s clutches once and for all. Can they find it in five days, or will they all face death once again? 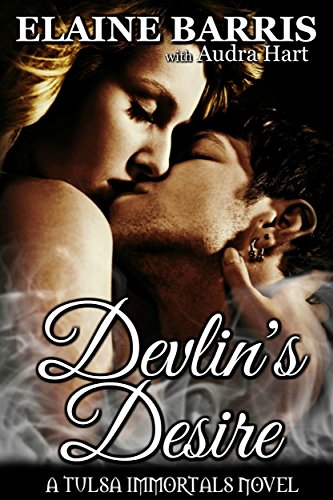 Armand saved me from a despicable man, Devlin Wick.
What a name. It sounds like ‘devil’ and ‘wicked’ to me.
I wasn’t sure why, but I couldn’t remember the specifics of what Devlin had done to me, though I did recall the sheer terror I felt the last time I saw his face. It was smoky… or foggy. I’m not certain which.
If I really concentrated on that moment, I could faintly hear a male voice crying out, but Armand didn’t want me to think about that. As much as I tried to obey him, I found myself wondering about that man and that night, even though Armand insisted that he had gotten me out of an awful situation.
Armand was a vampire, and he loved my blood. He said there was something unique and special about it and that he would protect me at all costs.
He said he treasured me.
That was what I knew to be true, and that was my life.
Armand had changed me from the woman I was—the kind who would fall for such a hurtful person.
I hated Devlin Wick.

Each night without Jolie was torture, and I couldn’t help wondering if in some small way, she was feeling the same, missing me. The second that thought crossed my mind, I saw her screaming in fear of me, clutching Armand to her fiercely, while the witch closed the incantation, removing me from her life.
I’d tried reaching out to the Twin Ravens Motorcycle Club, since I heard that despite their outlaw persona, they were secretly the good guys. But if they were, they would’ve taken up the battle, rather than refuse to help me. Nothing in their decision made sense, considering the rumors floating around, but I had to move on if I was ever going to get Jolie back.
With no other choices available, I went to The Decrees to stand before Zane Thornton and beg for his help. I would’ve dropped to my knees if that was what it took to rescue my girl. But rather than Zane joining me, his Maker, the ancient vampire Reese Kelley, agreed to fight to free Jolie from the rogue MC Soldiers of Strife, specifically their president Armand Glaceau. The members were all Stone Cold vamps, exceedingly strong and faster than any vampire I’d ever encountered.
With a team made up of Reese, some of my old crew from Corruption, Inc., and a gibbering maniac who thinks he’s the prophet Elijah, we devised a plan to rescue Jolie and eliminate as many of the Soldiers as possible in the process.
But even if we save Jolie, and she’s in my arms again…will she be the woman I loved and love me in return?
Jolie was mine once, and despite the odds against us, she will be again.
She’s my only desire.

Caloric  (Book 1 in The Bound Ones Series)
Tricia Barr
FREE 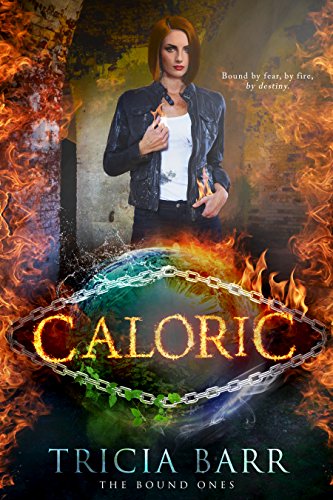 Bound by fear, by fire, by destiny.

Phoenyx Blake has a secret. When she wakes in a dungeon with three strangers, she is forced to face it, which isn’t easy seeing as her cellmate, Sebastian, has starred in her dreams.

As days pass, they learn they are each one of the four elements bound in human form and they have been abducted by an ancient society that plans to kill them and steal their powers. If they hope to escape, they must master their powers; and Phoenyx must learn to let go of fear and let love in, before it’s too late. 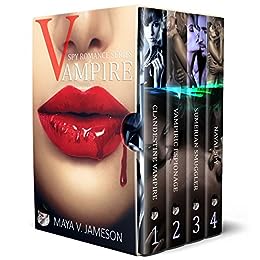 Ana Romero is a 100-year-old vampire daywalker who works for the CIA. She has been tasked by the Director with finding a mole who has been leaking classified information to enemies of the United States.

She must keep her mission a secret from everyone in her division, the Department of Clandestine Affairs, because the number one suspect is her boss, Director Michael Truesdale.

Ana is going to have to use every bit of subterfuge she’s learned, and even external resources to solve this case.
Ana has a secondary suspect who she thinks is responsible for the leaks, but her boss still looks equally guilty. And there is still the possibility that it’s someone else altogether from her division.

Can Ana clear her boss’s name and learn the identity of the true mole within her division, and can she find the proof to convince the director of the CIA that her conclusions are correct?