Tales of a Vampire Hunter 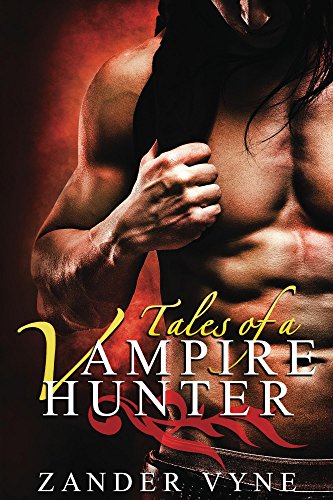 Tales of a Vampire Hunter is the story of Oliver Ripley, a vampire hunter struggling to understand his rare and unique powers while vampires threaten mankind and ancient unseen beings plot revenge and the ultimate destruction of humans.

The world we know has grown unkind; the dangers undiscussed and unseen. But some still hope and dream despite the menace others cannot see. When worlds collide, and Earth teeters on the edge of extinction, its only hope is an unlikely team of a gifted little girl, a vengeful vampire hunter, a mutant werewolf, and a reluctant vampire.

This Omnibus Edition collects the three Tales of a Vampire Hunter novellas into a single volume. It's for those who arrived late to the party and wish to pick up the same stories in a single package plus a bonus short story from Zander Vyne's best-selling short-story collection.

She never knew danger, but now she can't get enough of the bear it follows…

This is a full 50 k novel with a guaranteed HEA. It has violence, steam, a forbidden pregnancy and lots of hot shifter commandos that are sure to knock down all your doors. Read it as a standalone and fall in love with the new shifter heros set to save the day!

Cassie Campton's lived a calm, settled life. Working for an eccentric billionaire, she's given plenty of time for the things she enjoys in life. Surprisingly enough, that makes a person complacent. So, when the man she's devoted years to suddenly draws her into an explosive chase, complete with bloodthirsty villains and the distinct possibility of death, Cassie can't help but wonder if she's gotten in way over her head. But when the commando sent to save you is as hot and as infuriating as hers is, does it really matter?

Connor McLaughlin is a werebear with a past, and not much in terms of future. Head of Shifter Squad Six, he's a gun for hire, a soldier of fortune. Every job's the same, except for this one. He didn't think he could ever love again, but one look at Cassie and the tough as nails ex-SEAL finds himself stumbling over his feet and words. They only have one night together and after that, Connor's never the same, for better or for worse.

Brought together by fate once more, Connor has to save his woman, maybe the world, and most heartwrenchingly, his cub he knew nothing about. Can Cassie and Connor overcome the lies between them and have a future together, or are they doomed to fail?

Liam Swift is a young man Amy has always admired from afar. She's seen his face a thousand times on the screen and in magazines. He seems unstoppable as his talent and beauty send him hurtling toward becoming a Hollywood legend…

Until one day–in what appears to be a fit of madness–he stuns the world by throwing it all away. Not even the most persistent reporter can fathom the reason behind Liam's decision.

Never in Amy's wildest dreams could she have imagined this 25-year-old god of acting would go on to accept employment at her local boarding school. Or that he'd personally start teaching drama lessons.

It seems life can't get much better for Amy … until the sound of tortured weeping starts echoing through the thin walls of her dorm room each night, leading her to stumble upon a horrifying secret Liam had hoped to keep hidden forever.

The continuation of the Deadly Beauties Trilogy…

Purgatory was opened for the dark ones to escape, but so much more crept out. Over twenty years later, the consequences are finally starting to appear. And the world full of deadly beauties finds even more deception and secrets to face.

As an immortal, it's hard to have any new experiences after living for so long. History seems to repeat itself… over and over. No one knows that better than Gage Kross, the dark user many overlook. But even if you think you know how something is going to end, sometimes life doesn't give you the choice of deciding what to do.

When he meets Kimber, something that he thought died inside of him suddenly comes back to life. However, she's supposed to be one of the few women he can't be with. Then again, the sweetest fruits are usually the forbidden.

Just when things heat up, life unravels and ghosts come back to haunt Gage and his friends. The past invades the future, consequences are revealed, and impossible secrets emerge from the darkness, while new secrets are formed.

It's hard to trust people who are trained to hide the truth, so falling in love seems to be a daunting task no matter what. But it's a world full of seduction, and sometimes love happens whether you want it to or not – even when death is breathing fire down your neck.

Although this is a book one, there is no major cliffhanger. 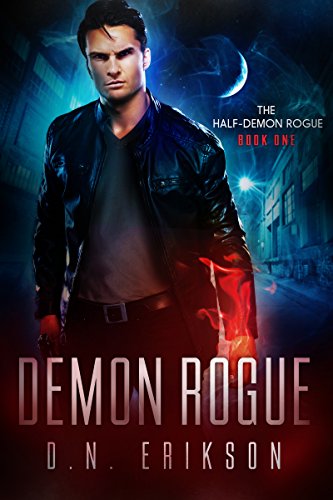 Millenia-old half-demon Kalos Aeon must find who is kidnapping magical creatures and using their blood for a dangerous drug. And if he doesn't track down who's responsible in time, the ensuing chaos could expose the supernatural world to the mortal eye after thousands of years in the shadows. Which is bad news for Kalos, since demons get a bad rap…

Claiming Their Royal Mate: Part One
by Andie Devaux
FREE 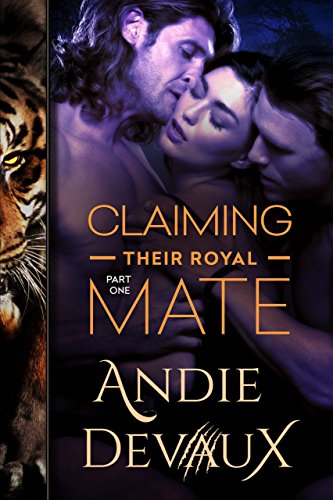 Daniella Clark has never fit in—a fact she’s always blamed on being adopted. But when her body is overtaken by a need so fierce it defies human explanation, she turns to the one man she instinctively knows must have the answers she seeks—her sexy-as-sin neighbor. But his explanation isn’t one she can easily accept, and it means her sensual heat won’t go away without his help.

But her neighbor isn’t the only male she has to worry about. The prime of his people has laid claim to her. And though he radiates sexuality in a way that makes her mouth water, he’s more beast than man. With one weretiger charged to protect her, and the prime’s plan to claim her for his own, Daniella must fight to maintain her sense of self, even while they fight for her.