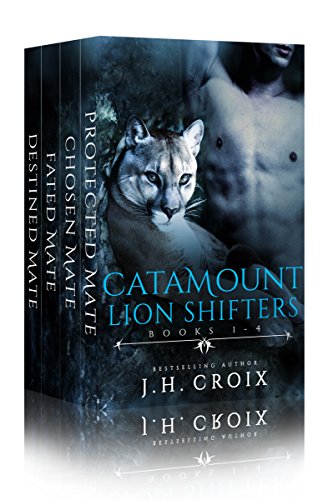 4 steamy standalone romances with a guaranteed HEA in each story from Amazon Bestselling author J.H. Croix! If you like smoking hot paranormal romance with a twist of suspense and adventure, you’ll love this series! Catamount is a town deep in the woods of Maine where mountain lion shifters have existed in secret for centuries. The community is in turmoil after the startling death of a shifter. As events unfold, revealing secrets and fault lines among the proud and protective shifter community, follow the paths of four different couples as they grapple with the threats facing their very existence and find love along the way. Dive into steamy romance filled with passion, adventure, betrayal and secrets. Catamount Lion Shifters includes the full series!

Dane Ashworth, a sexy, solitary mountain lion shifter, comes from one of the founding shifter families of Catamount. In the midst of upheaval in Catamount, Dane encounters the unassuming, curvy and deliciously sexy Chloe Silver. The mountain lion in Dane knows Chloe is meant for him, but he has to find a way to earn her trust and make her believe in him and in what lies between them. Passion burns like wildfire between them while events in Catamount put them both in danger.

Phoebe Devine has loved Jake North for years, but she’s kept her feelings hidden because she didn’t want to ruin their friendship. Jake is a sexy, smoldering mountain lion shifter who’s put his life on the line to protect Catamount shifters. Phoebe is one of the few people Jake trusts—completely. She’s also tempting beyond all reason—delectably curvy and so sexy her mere presence rattles Jake’s control. He’s denied the depth of his desire for her, but once he has a taste, unbridled passion swirls around them, engulfing them in its power.

A chance encounter throws Lily North and Noah Jasper together. With Catamount in turmoil over the shifter smuggling network, the burdens of being a shifter lay heavily upon Lily. Noah instantly sees through Lily’s reserve to the wild, sexy core hidden behind the brainy, reserved woman on the outside. He wants her to the depths of his very being. Yet, his family’s troubled history is a burden he’s carried for years and the reason he doesn’t believe love is even possible. While events in Catamount continue to unfold, the desire between Lily and Noah burns hot and fast.

Shana Ashworth is trying to pick up the pieces of her life after her husband’s death and his shocking betrayal. Her heart still feels encased in ice. The only man who seems capable of cracking through the ice is Hayden Thorne—a sexy, smoldering, and powerful shifter from Montana. Shana wants nothing more than a fling—someone to make her feel again. Hayden is perfect—an out-of-town shifter who will be gone before her heart has a chance to get involved. She underestimates what lies between them. The tinder of desire flares into white-hot passion, tossing and twisting them in its fire. 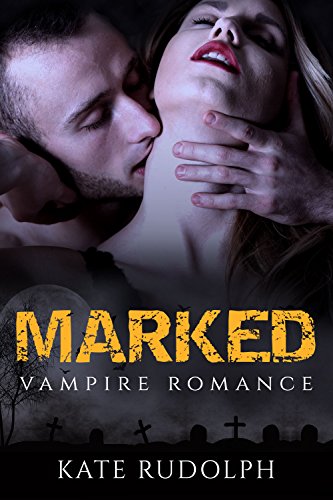 Hunting a ghoul shouldn't be a life changing experience. At least not for an experienced vampire huntress. When Gold Jones goes out for her nightly hunt guarding the sleepy streets of her Chicago suburb, she doesn't expect to end up on the tail of two vampires.

The first chills her blood, his psychotic psychic scent sending shivers down her spine and spurring her on a desperate hunt to destroy him before he can wreak havoc on Jasperton, Illinois.

But Gold knows that the other vampire, Adam Luther, is the true threat. He's old, he's powerful, and he's so damn sexy that she can momentarily forget that they are enemies pitted against one another in a centuries long war. Luther claims to be reformed, but how can she trust that a vampire could ever change?

While a deranged vampire stalks their city, they must work together to save an innocent life. And as the connection between them grows ever stronger, both their hearts and lives will be at stake. 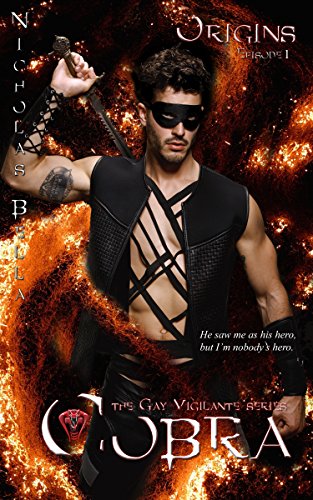 At least that's what I tell myself. My name is Eric Cayden, and I'm a man with some pretty extraordinary abilities. It's because I have these superhuman powers, my best friend, Jordan, sees me as hero material. I'm not the only one in the world with special abilities, of course. Some people have already stepped up to the plate and made themselves martyrs, but I'm not about self-sacrificing for the greater good and all that crap. Not anymore. I've already bled for my country. Now, I just want to live a normal life in the shadows and make a lot of money doing odd jobs on the side. Is that too much to ask? Well, according to my friend, Jordan, I'm destined to be something better than a glorified errand boy. He thinks I have a higher calling. He thinks I can be a hero. Well, I'm not too sure about the hero part, but I do hate it when bad people get away with doing evil things. So maybe, just maybe Jordan has a point. We'll see, won't we?

Back to the Bear 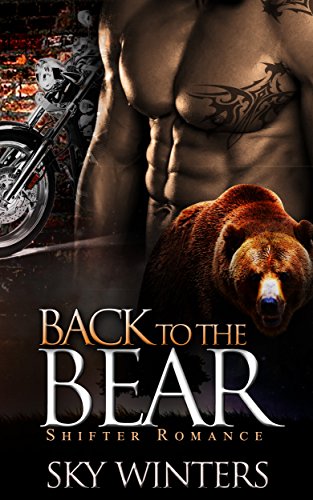 The One Who Got Away. Don't Let Him Get Away Again.

Fleeing her physically abusive husband, Joy returns to her hometown to care for her aging father. Joy wants to believe her difficulties are behind her, until she runs into her old flame.

He was her first love. He used to be sweet. Now he is an outlaw.

Zak lost Joy once, and he is not going to let it happen again. After his mysterious disappearance in high school, he returned to his hometown with a vengeance. He is the leader of the local biker gang, The Beasts. Nothing and no one will stand in his way. Will he be able to claim Joyce, or will his dark secret consume them both? 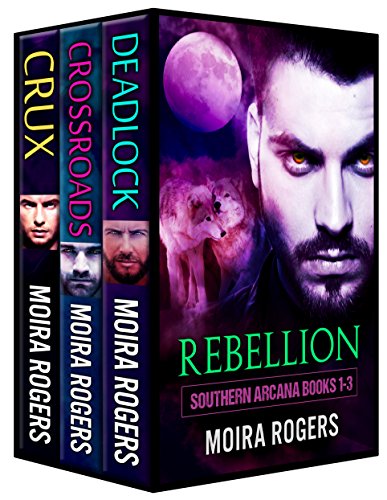 The Southern Arcana books are novel-length paranormal romances set in a contemporary world where shapeshifters, psychics and spell casters of all sorts live secret lives beneath the radar. The paranormal world of Southern Arcana is not always a pretty place, so the books contain their share of violence and death, but if you make it through to the other side you’ll always find a happy ending.

Get ready to meet some of the most compelling characters you've ever had the pleasure of knowing.

Love, Magic, Adrenaline features everything from werewolves battling for their place in the world to half-breed demons struggling against the darkness within to ancient elemental beings and conflicted fae. Add in a smattering of demigods, vampires and primeval magic forces, and you have the receipe for not just one or two, but ten compelling reads.

Reborn – Dean Murray
Jace, the new arrival at Selene's school, seems perfect, but there's more to him than meets the eye. Jace is part of an ancient war between immortal beings who return to fight again after being killed, and if Selene lets herself fall for him, she'll be sucked into a fight she can't win.

Wings of Shadow – Anna Kyss
When Meghan Kelly, eighteen-years-old and backpacking across England, descends into the century-old stone tunnels of the Underground, she plans on a hot date at a secret nightclub. Instead, she finds herself imprisoned and in a fight for her very survival.

Thrall – Jennifer Quintenz
Braedyn is a high school girl struggling to find her path and falling in love for the first time when she discovers she is a descendant of Lilith – an enticing demon who preys on the souls of mortal men. Now, Braedyn must choose between embracing her Lilitu powers or joining humanity in an ancient war between the Sons of Adam and the Daughters of Lilith.

Litchgates – S.M. Boyce
The final page will leave you breathless. Welcome to Ourea: a world of magic, monsters, royalty, betrayal, and a long-lost book of magic. Only the cunning will survive.

Dreamscape – Christie Rich
Orphaned Amelia Blake wants nothing more than to escape into her dreams where a handsome stranger waits for her every night, until the night he comes to take her into his realm—a dark, dangerous place filled with creatures eager to steal human souls. Amelia must learn to trust this strange, enigmatic man before the world falls into never-ending darkness and she loses any chance she has to find love.

17 year-old Tara Godfrey’s normal life is uprooted when she comes face to face with death threats, werewolves, and family secrets in a single night. Her only ally? The hottest, most mysterious werewolf she'll ever meet. And he doesn't like her already.

Memory's Wake – Selina Fenech
A troubled sixteen-year-old is lost and hunted in a land magically isolated from the rest of the world, filled with monsters, fairies, and dangerous secrets. She must find out who she is and why her memories were stolen before she is found by those who want her dead.

Shadow of Time:Dark Dreams – Jen Minkman
When do dreams erupt into reality?
After Hannah, vacationing in Arizona, meets handsome Josh from the Navajo reservation, she experiences disturbingly vivid nightmares about the Navajo nation’s past.

Silent Orchids – Morgan Wylie
Haunted by unfamiliar images and family secrets, 18 year old Kaeleigh has been seeking answers about who she is. She never expects those answers to come in the form of a warrior Faerie, or from a journey to another realm that will forever change her, her life, and the land she's been called to.

Bound by Prophecy – Melissa Wright
Aern's only job is to protect the chosen. Emily just wants her sister back. Together they'll take on destiny.