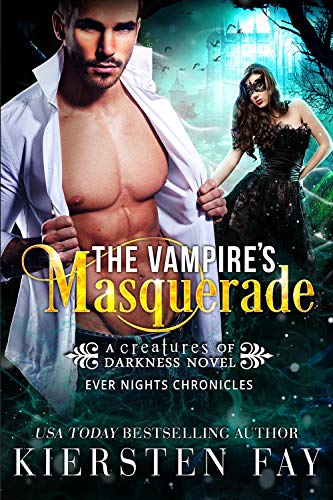 A CHANCE MEETING…
In a world still recovering from the vampire/human wars, Kasima Wilder is glad to live in the safe haven of Riverstone, a town founded by vampires and populated by both mortals and immortals.

Largely, Kasima has avoided the town’s vampire-run establishments. Until one night her wayward boyfriend ditches her at Ever Nights Annual Masquerade Ball.

AN UNFORGETTABLE NIGHT…
As head of security, Lex Stirling’s job is to ensure the safety of those within the walls of club Ever Nights, especially on the night of the Masquerade, a night where lust reigns supreme and limits are tested.

After rescuing a woman from the unwanted attention of a persistent guest, he finds himself enamored with the little mortal. Soon, their chemistry turns combustible, and they are engulfed in a night of unforgettable passion. A passion that could consume them both as Kasima’s ex conspires against them. 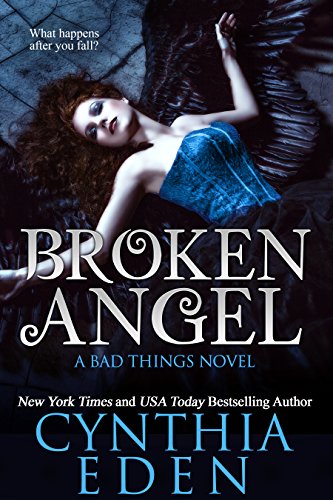 What happens when an angel falls?

Angel Lila is being hunted–she can feel the hunter closing in behind her. Every move she makes, he’s stalking after her. But does the werewolf on her trail want to destroy her–or can he protect her from the growing darkness that she is trying so desperately to fight?

Werewolf Rayce Lovel doesn’t know what to do with an angel–especially one who makes him think too much about paradise. Lila may be heavenly, but every time he’s near her, Rayce wants to sin. Angels aren’t supposed to feel, but Lila was introduced to the world by way of pain. Pain is all she’s known for far too long, and now, Rayce is tempted to introduce gorgeous Lila to pleasure.

But the longer an angel stays out of heaven, the more dangerous she can become. Lila sinks deeper into the darkness with each night that passes, and she finds herself becoming a pawn in an eternal battle…good versus evil. Is Rayce really her protector? Perhaps he is just the hungry wolf who has been sent to ensure that Lila never sets foot back in her paradise.

A fallen angel has a bad side…and that side is about to be set free. 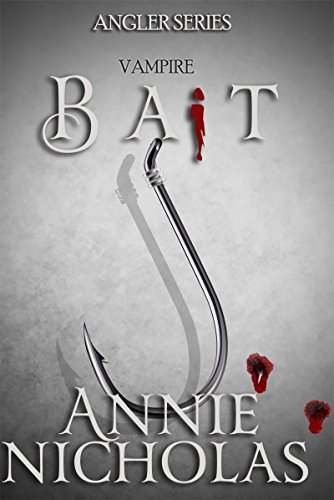 Live bait makes all the difference.

Mysterious deaths have occurred in Budapest and vampires are suspected. Connie Bence fits the victim profile perfectly so her slayer boss sends her to draw out the vampires responsible, except when the bait is taken, the vampires escape with her as a hostage.