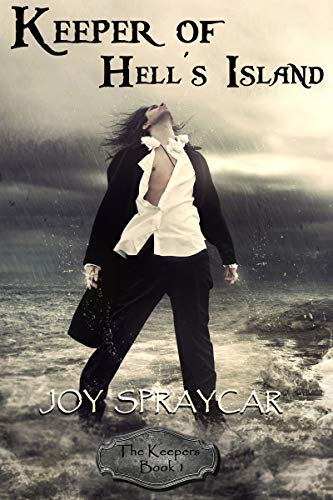 How can you escape a living hell when God is the one who put you there? YOU DON'T!
Despite his role as Chaplain and Keeper of Hell's Island, Tavin finds his faith lacking as friends and family members have died horrible deaths. Instead of finding solace in his God-given duties, Tavin curses the day he was born a McLellan and years for a life far away from this living hell. But when a chestnut-haired beauty washes up on shore, he begins questioning everything he's ever known about God's plan. Can Tavin put aside his selfish needs long enough to find love and fulfill his destiny? Is he the key to mankind's survival?

Viola Wellington wants more than the courtly existence arranged for her in Friar Commonwealth. Armed with her dying grandmother's promises of a better life on distant shores, Viola set out on a harrowing adventure guaranteed to alter her future. Now stranded on Hell's Island with a man she believed only existed in her dreams, Viola fins herself caught between love for Tavin McLellan and her family's God-give calling. Could she hold the key to man's survival?

The Keepers Creed
In the Beginning of Time,
God called His six most faithful before him.
To each, He gave a charge.
To four, He gave the keys to the four gates —
The East, the West, the North, and the South.
To the other two, He gave and object–
To one, The Cauldron,
To the other, the Vambrace of Tim.
Each took solemn vows to fulfill their assignments.
A duty to be passed from one generation to the next,
Until such time as God appeared to take back the hallowed objects.
And so they did as commanded.
Now, the objects and the Keepers await God's return 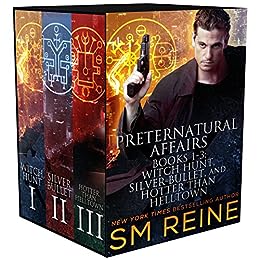 My name's Cèsar Hawke. I’m a witch working for a division of the government you’ve never heard about. The world’s not what everyone thinks it is—unless you think that our world’s a pawn in a game of chess between Heaven and Hell and riddled with as much magic and wonder as it is with evil. In that case, the world is exactly what you think.

My place of employment—the Office of Preternatural Affairs—takes a modern approach to an ages-old problem. It used to be that inquisitors would burn demons and the people in league with them. Now we get warrants, perform arrests, put the suspects on trial, and send guilty parties back to the Hell from whence they came with the travel forms filled out in triplicate.