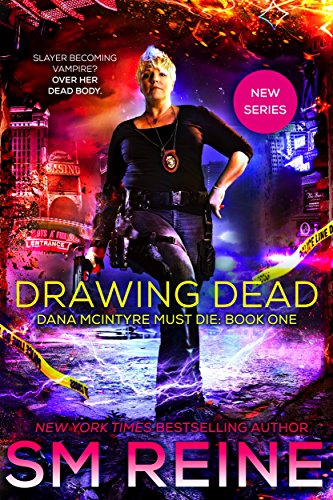 The vampire slayer is turning into a vampire? Over her dead body.
Dana McIntyre has been bitten by a master vampire. She's infected with the venom. And after killing hundreds of vampires to keep Las Vegas safe, she'd rather die than turn.
There might be a cure. But the only way to get it is through Nissa Royal, a vampire with close ties to the masters of Las Vegas. Nissa is dangerous — too dangerous to be allowed to live, much less work alongside.
But if Dana dies, vampires win Vegas. If she doesn't die, she becomes one of the bloodless. The cure's her only chance. In this deadly game of hold 'em, Dana's drawing dead, and whatever happens next, there's no changing her losing hand. Dana only knows one thing: If she's going down, she's taking as many vampires as possible on her way out… 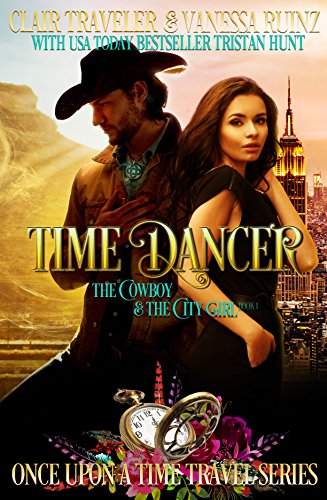 A sexy cowboy from the old west,
A savvy city girl from present-day New York,
Bringing the two together is like pouring gasoline on a brush fire.

Sandia Molina is a savvy entrepreneur, recent graduate of Columbia University in New York, and running her own business when she is taken hostage in a Starbucks bathroom…by a cowboy.

Introducing himself as Caleb Wolfe, he seems nice enough for a crazy kidnapper dressed in a Halloween costume, but when he mysteriously disappears in front her very eyes as police attempt to arrest him, Sandia can think of nothing else for three long years…until the strange cowboy suddenly reappears at a loft party in Soho. Only this time, Caleb is forced to take Sandia along for the ride of her life.

Avoiding Time Travel regulators, attending Hollywood premieres, escaping the Sheriff of Nottingham and saving innocent victims from evil tyrants become the rule of the day as Caleb and Sandia dance through time. But will Sandia resist Caleb’s Casanova charms and return to her life in the present before the regulators catch up with them and she’s lost to oblivion?
Like Outlander set in the wild west and Pocahontas set in New York City, Time Dancer is a romance for the ages! 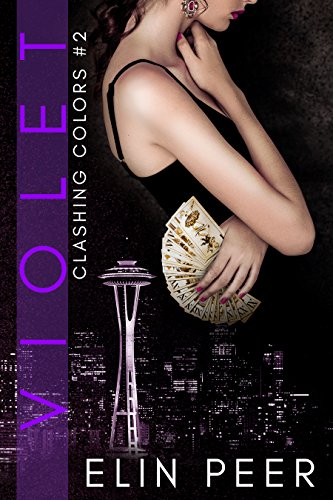 Science and faith face off in this lovely contemporary romance novel full of lovable and witty characters.

Ever since I fell in love with Jake as a child, I've thought of him and me as opposites that would complement each other.
I'm a psychic medium who works with spirits and tarot cards while Jake is a scientist who only believes in things that can be proven with hard data.
Unfortunately, adulthood has only increased our differences and to Jake, and everyone around us, we're more like clashing colors that should avoid mixing. Although I can clear a house of spirits, I have no clue how to clear my heart of Jake.

Violet is called upon by a group of scientists to investigate supernatural phenomena in their lab. It could be her chance to prove to Jake, her longtime crush, that what she does is valid. But can she produce evidence strong enough for the biggest skeptic to believe that all psychics aren't frauds? And if she succeeds will he finally see her as more than his best friend's younger sister?

Violet is the second book in Elin Peer's Clashing Colors series. The story is a fireworks display of horror, humor, sizzling romance, and suppressed desire.
If you like stories that offer much more than just a romance, and you don't mind a paranormal twist, then Violet will have you laughing out loud and most likely reflecting on your own spiritual beliefs. 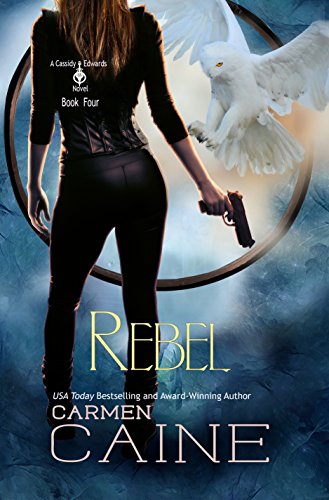 Revenge. I understand it now. The ice-cold soul. The single-minded focus. The strength it provides.
My name is Cassidy. Cassidy Edwards. And I'm the first of my kind.

The Job:
Investigating a prison break in the Nether Reaches.

The Players:
A warlock who doesn’t know he has a secret—but I do.
A mysterious, golden-masked figure controlling the Knights Templar from behind the scenes.
A new family member who wants nothing more than my head on a silver platter.

The Curveball:
A Nether Reach investigation rips me from the arms of love and sets me firmly on the cold path of revenge that threatens to consume my very soul.