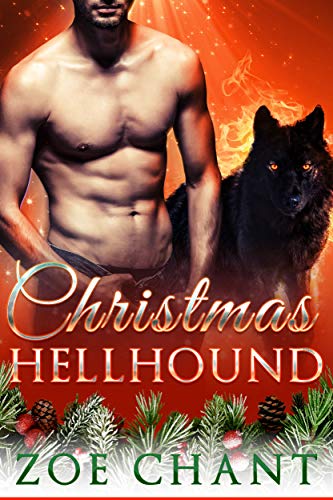 All Caine wants for Christmas is to get rid of his hellhound.

Twelve months ago, Caine Guinness was attacked by a pack of hellhound shifters and became one of them. All he wants is to be human again. His search for a cure brings him to snowy Pine Valley, home of magical dragon shifters, Christmas cheer… and Meaghan Markham.

All Meaghan wants for Christmas – is a merry Christmas. Just one.

Meaghan has never felt at home anywhere. She's always too big, too loud – and never enough. Until now. Caine is everything she never let herself dream of. Kind. Caring. And hot as hell.

But all isn't well in Pine Valley. Mysterious creatures are attacking the town, and Caine is the only one who can stop them. If he can learn to trust his hellhound. And even if he can…

Can a hellhound really save Christmas?

CHRISTMAS HELLHOUND is a heartwarming holiday romance about two lost souls finding happiness together at the most magical time of the year. No cliffhangers. HEA guaranteed! 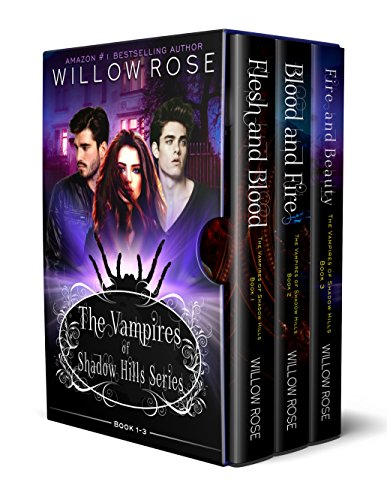 For fans of Twilight and The Vampire Diaries comes a new addiction impossible to put down.

BOOK 1: What if you can’t trust your own family?
Robyn’s parents are ruining her life. As if their constant bickering and embarrassing behavior wasn’t bad enough, they’ve forbidden her from hanging out with her crush just when a flirty new girl moves to their block. Strangely enough, Robyn’s parents look the other way when her big brother breaks curfew… even after a local girl's violent murder.

With the neighborhood on high alert, strange sightings are on the rise and the accusations begin to fly. Between her brother’s nighttime excursions and her parents’ odd behavior, Robyn starts to worry that the killer may be living under her own roof. In a town where neighbor has turned against neighbor, deciding whom to trust with her dark fears could be a matter of life and death…

BOOK 2: ”I wish my parents were immortal bloodsucking vampires,” said no one. Ever.
Especially not Robyn who is struggling being the only human in a house filled with vampires. Can she keep it a secret that she knows what they are? Meanwhile Jayden’s family is revealing secrets of their own and nothing is as it seems in Shadow Hills anymore. Who can they trust?

BOOK 3: It's a neighborhood like any other. Except it is not.
Under the surface lurks so many secrets that the teenagers of Shadow Hills fear for their lives. Jazmine knows her friends’ parents are strange, supernatural beings, but what about hers?

This is the first three books in a fun and frightening series of romantic paranormal mysteries. If you like terrifying thrills, flesh and blood characters, and hot vampires, then you’ll love Willow Rose’s spine-chilling tale of this intense love triangle.

Buy this boxset to discover a dynamic series with heart-stopping suspense, fierce romances, and jaw-dropping surprises. 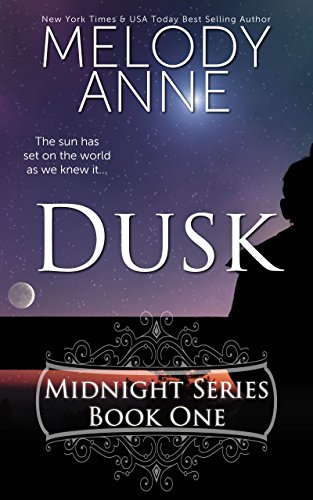 Have you planned for the end of the world as you’ve always known it? Do you have everything you will need for not only you to survive, but those you love to make it too? Or do you just stumble along blindly, thinking that all the modern conveniences we are so used to and rely upon will always be there? We never expect the worst. But that’s what’s about to happen …

Larry Light knows an attack is immanent but his family has no clue what’s about to come down upon them.

Phoenix is in school, laughing about boys, playing with friends, and living a normal life until suddenly her world collapses as her father gives her minutes to pack one bag with her favorite possessions.

Packing up, the television blares in their home they are being forced to leave as war ravages the streets all around them. They are under attack.

Moving through the fire and smoke, they travel into the woods where a vast cave has been built to house them and any others they can save. But there is so much more going on around them than anyone could ever possibly imagine.

People want them dead, including Jayden, who Phoenix will meet in the darkness of night. Will she be able to turn his cold heart before he destroys them all? Or has her fate already been decided?