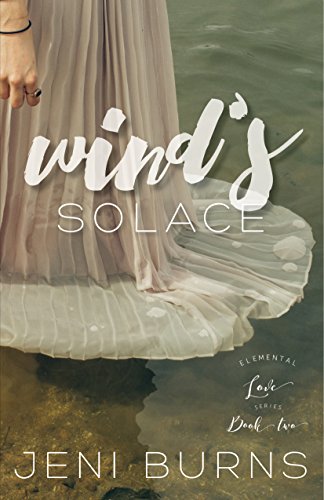 Gracelynn George returns home to rid herself of her newfound telepathic abilities, but when her mom is murdered, she finds herself the prime suspect and the killer’s next target. With nowhere to turn besides her detective friend / former crush, she vows to get out of Harmony as fast as possible with her life and heart intact.

Detective Charlie Latham needs to catch the person murdering women who all bear a striking resemblance to a half-breed Elemental Fate chose for him before his heart is destroyed forever. But, even his telepathic abilities can’t help him when she insists on slipping through his fingers time and time again.

Together, can they salvage their second chance at love?

On the edge of losing his humanity, can she find the heart in the monster?

The gruesome duties of being the Master Vampire of the Atlanta territory are enough to tempt Anthony into turning off his emotions for good and becoming the monster he sees in the mirror, once and for all. But a flirtatious chance meeting with a beautiful human shocks his heart into remembering sensations he thought he’d long lost the ability to experience. Oblivious to the supernatural world existing in the shadows all around her, Kaia has secrets of her own, though, like why she’s the only human living at Wild Woods, home to Anthony’s bitter foe.

Years after escaping a traumatic past, Kaia finally has a life she’s proud of, and maybe, finally, a man. But as her nice, safe world unravels before her eyes, she has to decide what’s more important… safeguarding her secrets, or letting herself find love with a monster…

Ruth Scott can read the energy of every person she meets. Then she meets Deacon Walker. She can see his ice-blue eyes, his black hair, and his gorgeous face. But this beautiful stranger has no aura.

Deacon is just as unsettled by Ruth—and, having spent more than two hundred years ushering souls to Purgatory, Deacon is seldom shocked by anything. As he helps Ruth to understand her true nature, she awakens desires that he decided long ago a Reaper can’t afford.

A demon invasion forces Deacon to confront the darkness in his own past even as he fights to save the human souls he’s charged to protect. When he’s taken captive, his first concern is for Ruth. But Ruth just might be able to save herself—and the Reaper she can’t live without—if she can learn to wield her newfound powers.