A contemporary paranormal romance with a little night magic. New York Times bestselling author, Victoria Danann, begins a sizzling new series about an enclave of modern day witches who are sexy, philanthropic and living in the Texas Hill Country. They're selfless to a fault when it comes to generosity, but when it comes to the men they choose for themselves, they don't settle for anything less than the best.

Willem took the card for the sake of being polite. He planned to throw it away, but didn't. Crazy as it sounded, it seemed like the card was bugging him. It even kept him awake when he put it in the refrigerator.

He called the number, entered the competition and won. Winning meant getting everything he'd never even dared to dream about.

Only one thing could be worse than never finding the love of your life… finding her and forgetting.

YOU DON'T KNOW WHAT YOU'VE GOT TILL IT'S GONE.

New York Times bestselling author, Victoria Danann, “mistress of modernfantasy”, returns to the colony of witches at Wimberley, with a storythat will grab your heart in a vice grip.

“…the perfect blend of angst, humor, and a little night magic.”

Rachel can't imagine life without Dashiell Fonteneau. They were the kind ofcouple who believed they were destined to find each other eons beforethey were born. Married people, but forever lovers.

When Dashgoes to Denver on a business trip that was supposed to last for threedays and doesn't come home, Rachel finds herself in conflict with thecommunity at Wimberley over what to do.

The entire enclave is inagreement when they decide she can't use magic to bring him back.They're sympathetic, but say she'll have to learn to live without him. 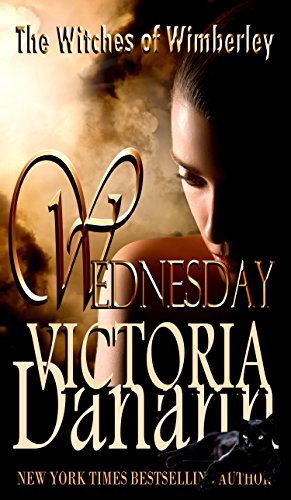 The book's message: save the planet, find true love, trust in what you believe, have fun and make your own Happy Hours!

Wednesday's not just a witch. She's a modern woman who's determined to save the world and doesn't like being told what to do.

Rally is a warlock who can’t seem to think about anything but Wednesday. The fact that she’s not interested only makes her more intriguing..

It's Wednesday's turn for the spring rites, but she stuns the entire colony by saying no and refuses to give her reasons. Hoping she'll change her mind, they recruit her friends to apply pressure and proceed with plans as usual.

The warlock, Rally, met Wednesday at a witches' gathering in Aspen. They barely spoke the entire weekend and he didn't think much of it until afterward, when he found himself waking during the night with her on his mind. He could track her down, but to what end? He certainly wasn't interested in a relationship lasting longer than forty minutes, but it had been months since the brief encounter and he was still being caught by friends, musing about Wednesday instead of listening.

Then one day it came to him that she must have cast some kind of spell. That was all the reason he needed to track her down.

Perhaps he expected to find a compliant, cooperative, submissive female. One thing was certain. He was not prepared for an aloof witch who couldn't manage to care enough to pretend to be indignant. When she shrugged, said, “Think what you want,” and walked away, he was left standing with an open mouth and an ancient hunter's impulse to chase rousing to a state of full awakening.

Find out why readers call this series magical, enchanting, and witching good fun. 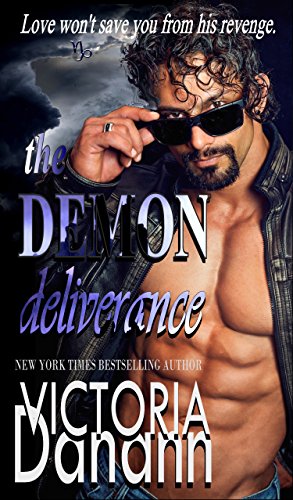 If you force a demon to agree to a deal under duress, the day will come when you'll regret it.

“Saucy magical animals, a conflicted demon, a sassy witch, a misguided attempt at amends, and you have a fantastic Danann romp.”

CAN BE READ AS A STAND ALONE!

Two and a half centuries ago Sixt had been a young witch with little control. In a fit of jealousy, she'd cursed the demon with an addiction spell. She thought better of it shortly thereafter, but couldn't find him to take it back. She did something unforgivable, but she wants forgiveness anyway.

Deliverance had been a slave to sex for so long he could barely remember life before. When he learned the compulsion that was a never ending itch was an addiction hex, he was elated because hexes can be withdrawn by the witch who casts them. But the euphoria was short lived when he learned the price he'd have to pay to have the curse reversed.

Knights of Black Swan has been voted BEST PARANORMAL ROMANCE SERIES every year for the past four years in a row.Reviewers' Choice Awards, The Paranormal Romance Guild.

About the Author: OVER ONE MILLION BOOKS SOLD.

In addition to the brave and beautiful vampire hunting knights, Victoria writes other paranormal romances that often touch on scifi/fantasy along with contemporary bikers for those who love it when the bad boys are soooooo good.

Victoria co-hosts the popular ROMANCE BETWEEN THE PAGES podcast which can be found on itunes or at → www.romancecast.com. She and co-host, Riley J. Ford, interview the biggest names in romance every week. Ever wonder about the personalities behind your favorite books? Some of them just might surprise you with their interests, wit, lifestyles, and sense of humor.