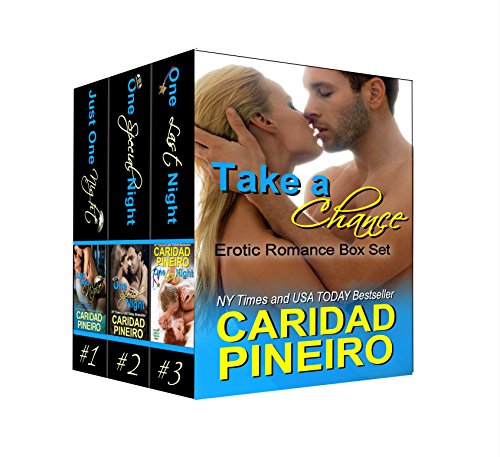 Three sexy novellas about risking it all for a chance at love and passion . . .

Jason Hart has just one night to prove to hsi best friend's older sister that anything is possible . . .

Nicole de Salvo has been in love – and lust – for her little brother’s best friend for years. For years she’s watched from afar and done nothing about her attraction for Jason Hart only now their time together is almost at an end. On their last night together will she find the courage to do something about her feelings, or will she live with regret for the rest of her life?

It's been nearly six months since Tommy de Salvo’s fiancée cheated and left him in the midst of wedding preparations because up-and-coming businessman Tommy was all work and no play. The last thing Tommy wants or needs is to be attracted to another woman who won’t be around for too long. A woman just like Navy Corpsman Jasmine Reyes. She’s rough, tough, and determined to go it alone, but Tommy knows that if he passes up this opportunity, he may regret it more than the loss of his fiancée . . .

Jasmine “Doc” Reyes is both emotionally and physically scarred after her tour of duty. Wounded in battle, all she can think about is rebuilding her life and continuing with the career that she’s dreamed about since she was a young child. She has no time for rich sexy men who’ve never had a care in the world and wouldn’t understand her determination. But Tommy’s charm is seductive and she knows that she has to explore the attraction, even if it’s only for this one special night.

It's been over a year since Marine Lieutenant Trevor Mason and his father have spoken. After nearly losing his life during a Taliban attack in Afghanistan, Trevor wants to end the rift between them so he can return to active duty with some peace of mind. But a visit to his father’s office only serves to show Trevor that his father isn’t as eager to reunite. If not for the intervention of Samuel Mason’s spunky and very sexy intern, Trevor would probably be returning to Afghanistan with his one wish unfulfilled.

Trevor Mason had used to do all kinds of things to Maggie Sullivan’s insides when she worked at the country club his family used to attend. Five years later, there is little left of the teen she knew in the stoic Marine who only wants some time with his father. When Trevor’s father backs out of his son’s dinner invitation at the last minute, Maggie does the only thing she can: she goes to Trevor’s apartment to deliver the news, but she can’t leave him alone on his one last night before returning to duty.

Thrown together, Trevor and Maggie can’t ignore the sexual heat between them. As they satisfy one set of needs, another slowly develops as passion breathes life into other emotions. Will Trevor and Maggie’s one last night together possibly lead to many other nights in the future? 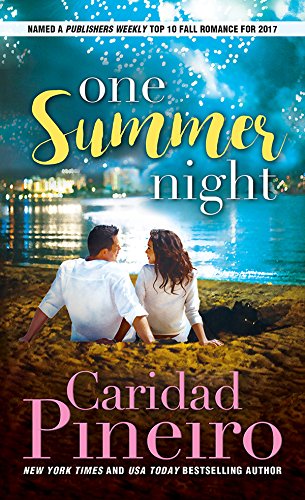 He was her first crush;
Now he’s her sworn enemy.
But when the Jersey Shore starts heating up
He may just become the one she can’t forget

Everyone knows about the bad blood between the Pierces and Sinclairs. Their families are supposed to hate each other, but Owen has been watching Maggie from afar for years. Whenever he can get down to the shore, he strolls the sand hoping for a chance meeting—and a repeat of the forbidden kiss they shared one fateful summer night.

If only he knew whether she felt the same way.

When Owen hears that Maggie’s in trouble, he doesn’t hesitate to step in. Maggie’s about to lose the family business, and she’s even mortgaged her beloved house on the Shore. She has no choice but to accept Owen’s help. But what’s he going to demand in return? 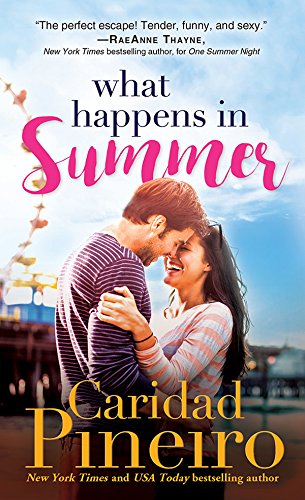 “One Summer Night is the perfect escape! It's tender, funny and sexy, with wonderful characters you'll fall in love with. You can't go wrong with Caridad Pineiro.”—RAEANNE THAYNE, USA Today bestselling author

She knows the kind of man he is:
The kind who breaks hearts.
But a hot summer at the Jersey Shore
Might be just what they need to light up their lives…

As the only daughter of a single mom, Connie Reyes swore she would never put herself in a similar position. But when she runs into oh–so-tempting Jonathan Pierce at a wedding, she knows she must stay away. She'll fall for him—hard. And he's not the type to stick around. So far the only loyalty he's shown is to his rescued puppy.

Ever since he left town after their teenage fling, Jonathan hasn't been able to forget about Connie. He can't wait to show her the man he's become. And when the night finally comes, their mutual desire will lead to unexpected consequences…

About the Author: Caridad Pineiro is a transplanted Long Island girl who has fallen in love with the Jersey Shore. When Caridad isn’t taking long strolls along the boardwalk, she’s also a NY Times and USA Today bestselling author with over a million romance novels sold worldwide. Caridad is passionate about writing and helping others explore and develop their skills as writers. She is a founding member of the Liberty States Fiction Writers and has presented workshops at the RT Book Club Convention, Romance Writers of America National Conference as well as various writing organizations throughout the country. You can connect with Caridad at www.caridad.com.