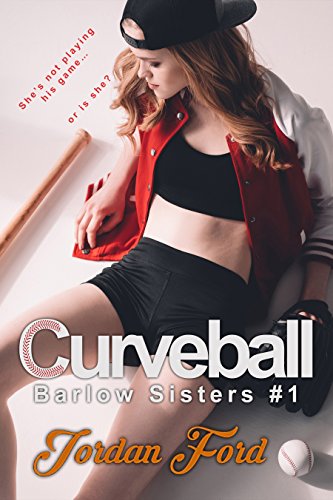 She’s out of her element. He’s driving her crazy. Will they go down swinging or knock it out of the park?

Maddie Barlow thought she had everything figured out. But just six months from high school graduation, her dad moves the family to the crummy small town of Armitage. Just when she’s trying to settle in, her dad pressures the all-boy baseball team to make room for her and her two younger sisters. Between her new classmates and the team’s smooth-talking captain, Maddie has made more enemies than friends…

Holden Carter just watched his playoff dreams go up in smoke. He’ll stop at nothing to make sure the trio of daddy’s girls ride the bench all season. Even if that means toying with their emotions. When the fiery Maddie comes to her little sister’s defense, Holden wonders if he’s finally found a worthy opponent.

Maddie is determined to squash her instant attraction to the handsome, arrogant team captain… and his advances toward her sister. But just as she’s starting to find out that things aren’t what they seem in Armitage, she falls hard for the dashing Holden. When she’s faced with hurting her sister or abandoning a shot at love, Maddie must decide who’s team she’s really on…

Curveball is the first standalone book in The Barlow Sisters Trilogy, a series of simmering YA contemporary romances. If you like high-spirited sweet romance, relatable characters, and a dash of mystery, then you’ll love Jordan Ford’s sports romance series. 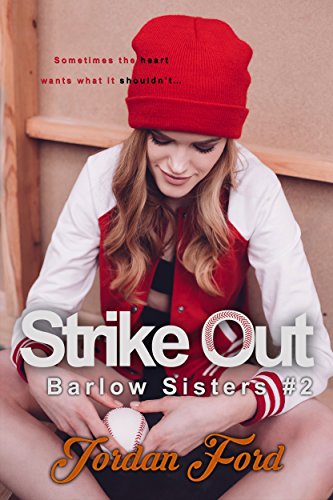 Baseball is her life, but a musician is strumming on her heartstrings. Will they strike a bad chord or make the perfect double play?

Max Barlow never takes her eyes off the ball. With a rare college baseball scholarship up for grabs, she can’t afford to lose focus. But when she accidentally stumbles into the music room on her first day at Armitage High, she can’t help but notice the hot guitarist. And he’s made it clear he wouldn’t mind giving her lessons…

Rock star Cairo Hale has a reputation for being able to play his way into any girl’s heart. But his streak comes to an end with tomboy baseball player Max. While she makes him promise to keep their lessons a secret, it turns out she’s an absolute natural. It looks like Cairo’s generous offer has blossomed into so much more…>

Max is torn between her team responsibilities, her newfound passion for the guitar… and her dreamy tutor. When she can no longer balance her double life, Max must make a choice that could change her future for good…

Strike Out is the second standalone book in The Barlow Sisters’ Trilogy, a series of simmering YA contemporary romance novels. If you like endearing characters, love-ballad-worthy chemistry, and a hint of mystery, then you’ll love Jordan Ford’s sports romance series. 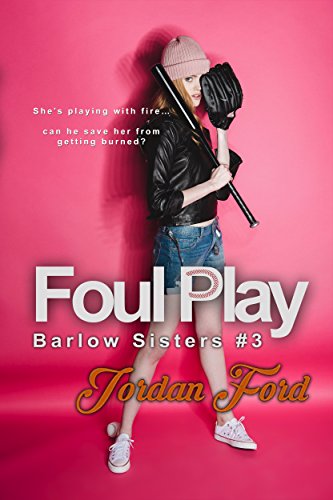 She’s following her heart. He’s looking for redemption. Can they beat a bad rap and slide home safe?

Chloe Barlow has always wanted to give back. But when she volunteers at the local church one night, her good deed is repaid with a violent attack. The biggest surprise comes when Armitage’s resident bad boy saves Chloe and leaves a sweet note in her locker the following day. Could Chloe's classmates have been wrong about him the whole time?

Vincent Mancini hasn’t cared about his reputation in years. At least, not until Chloe looked in his direction. With his older brother in jail and a rocky home life, it was always easier to accept his troublemaker label. But it turns out Vincent’s brother might be innocent and with Chloe agreeing to a date, things are looking up for the troublemaker…

Chloe is determined to prove her family wrong about Vincent by clearing his brother’s name. But as their investigation takes a dangerous turn, Chloe could end up with something much more serious than a broken heart…

Foul Play is the final standalone book in The Barlow Sisters Trilogy, a series of simmering YA contemporary romance novels. If you like forbidden love stories, complex characters, and high-adrenaline mysteries, then you’ll love Jordan Ford’s sports romance series.

The first book in a young adult romance series about a small town football team and the girls who win their hearts.

This is it—Tori Lomax’s senior year.
Her last chance to leave Nelson High without a bucketload of regrets.
Number one priority—get Colt Burgess to fall in love with her. So what if he’s the Raider’s number one playmaker? So what if he’s so far out of her league, the idea of them together would rupture the school’s social order?
She has to try, before it’s too late.
She’s come up with the perfect set of plays. All Colt has to do now is buy into them.

Colt Burgess wants one thing: to play football after high school. But his grades are tanking and his dreams of playing college ball are fading…fast. He shouldn’t waste time on Tori Lomax. However, she was a friend back in middle school, and he can’t really ignore her small request for a favor. How hard can it be to get the guy she’s lusting after to notice her?
He’ll help her out, and then he’ll focus on what’s really important: football.
Assuming he can stop thinking about her…

The first book in a trilogy about three “brothers” and the girls they must protect.

All Christiana wanted was a little flirty fun.
What she got was a one-way ticket to her personal nightmare.

Her friend is dead…and she knows who did it. Now a key witness in a murder trial, she’s been hidden away in the one place no one will think to look for her: Eton Preparatory School for Boys.

It’s a stupid move. Insane. But she doesn’t have a choice.
Instead of completing her senior year with the popular crowd, she’s being forced to hide in a school with exactly zero XX chromosomes. Even worse, she’s somehow supposed to act like the Neanderthals walking the halls.

But then she meets the guys next door—the smoking-hot ones. And it doesn’t help that one in particular could unravel her in a heartbeat…and potentially blow her cover. How’s she supposed to resist Trey Calloway, the star hockey player who never backs down from a fight…and who never takes no for an answer?

She’s supposed to be focused on staying safe, not on the guy who’s getting under her skin. Her chilling past isn’t going to suddenly disappear.
In fact, it might just be catching up with her.

If you're looking for a fast paced thrill ride packed with drama, suspense, romance and unexpected twists, then See No Evil is just the book for you. 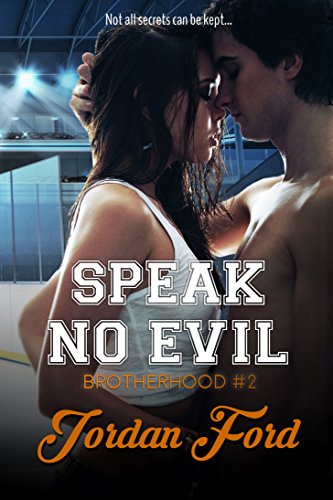 The second book in a trilogy about three “brothers” and the girls they must protect.

Kade Kingsley is sick of hiding out in the middle of nowhere.
He should be having a good time, partying and living it up, not playing bodyguard to his best friend’s runaway witness girlfriend.
When he decides to leave the mountainside he’s called home for the last two months, he promises to be careful. He knows the stakes are high, and he knows that the makeshift family he’s leaving behind is counting on him to come back.
What he doesn’t count on is getting mugged and left for dead.
And he definitely doesn’t count on being rescued by a girl with secrets of her own…secrets that rival his.

As Julienne Bishop, a down-on-her-luck girl hiding from an abusive ex-boyfriend, nurses Kade back to health, an uneasy bond forms between them. They need each other, even if they don’t realize it, and even if they have a hard time accepting it.
Because danger is coming at them from both sides, and they must figure out if they can trust each other.
Before it’s too late. 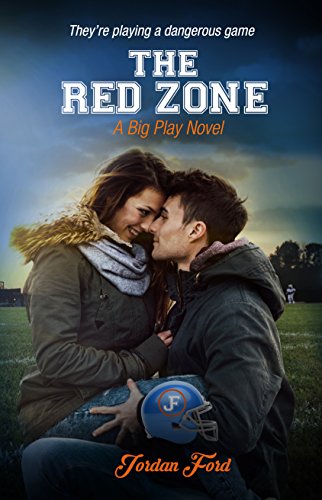 The second book in a young adult romance series about a small town football team and the girls who win their hearts.

Mack Mahoney is hot, popular and used to getting exactly what he wants…until he sets his sights on the new girl—Kaija Bennett. She’s an exchange student from New Zealand and attending Nelson High for three months. Mack’s never been one for love at first sight, but this chick has him feeling things he never knew existed within him and in spite of her feisty rejections, he’s determined to get to know her.

Kaija Bennett did not escape her New Zealand high school only to be dragged into the popular crowd at Nelson High. She’s on the run from a past she wants to forget, and the attention of the gorgeous quarterback is not helping. Can she resist his pulling power and keep her secret safe? Or will the dynamic football captain unearth the truth and make her fall harder than she ever has before?

About the Author: Jordan Ford is a New Zealand author who has spent her life traveling with her family, attending international schools, and growing up in a variety of cultures. Although it was sometimes hard shifting between schools and lifestyles, she doesn’t regret it for a moment. Her experiences have enriched her life and given her amazing insights into the human race.

She believes that everyone has a back story…and that story is fundamental in how people cope and react to life around them. Telling stories that are filled with heart-felt emotion and realistic characters is an absolute passion of Jordan’s. Since her earliest memories, she has been making up tales to entertain herself. It wasn’t until she reached her teen years that she first considered writing one. A computer failure and lost files put a major glitch in her journey, and it took until she graduated university with a teaching degree before she took up the dream once more. Since then, she hasn’t been able to stop.