MINE TO PROTECT. MINE TO PUNISH. MINE.
I’m a lone wolf, and I like it that way. Banished from my birth pack after a bloodbath, I never wanted a mate.

Then I meet Kylie. My temptation. We’re trapped in an elevator together, and her panic almost makes her pass out in my arms. She’s strong, but broken. And she’s hiding something.

My wolf wants to claim her. But she’s human, and her delicate flesh won't survive a wolf's mark.

I'm too dangerous. I should stay away. But when I discover she's the hacker who nearly took down my company, I demand she submit to my punishment. And she will.

Publisher’s Note: Alpha’s Temptation is a stand-alone book in the Bad Boy Alphas series. HEA guaranteed, no cheating. This book contains a hot, demanding alpha wolf with a penchant for protecting and dominating his female. If such material offends you, do not buy this book.

“YOU BROKE THE RULES, LITTLE HUMAN. I OWN YOU NOW.”

I am an alpha wolf, one of the youngest in the States. I can pick any she-wolf in the pack for a mate. So why am I sniffing around the sexy human attorney next door? The minute I catch Amber’s sweet scent, my wolf wants to claim her.

Hanging around is a bad idea, but I don’t play by the rules. Amber acts all prim and proper, but she has a secret, too. She may not want her psychic abilities, but they’re a gift.

I should let her go, but the way she fights me only makes me want her more. When she learns what I am, there’s no escape for her. She’s in my world, whether she likes it or not. I need her to use her gifts to help recover my missing sister—and I won’t take no for an answer.

Publisher’s Note: Alpha’s Danger is a stand-alone book in the Bad Boy Alpha’s series. HEA guaranteed, no cheating. This book contains a hot, demanding alpha wolf with a penchant for protecting and dominating his female. If such material offends you, do not buy this book.

MY CAPTIVE. MY MATE. MY PRIZE.
I didn't order the capture of the beautiful American she-wolf. I didn't buy her from the traffickers. I didn't even plan to claim her. But no male shifter could have withstood the test of a full moon and a locked room with Sedona, naked and shackled to the bed.

I lost control, not only claiming her, but also marking her, and leaving her pregnant with my wolfpup. I won't keep her prisoner, as much as I'd like to. I allow her to escape to the safety of her brother's pack.

But once marked, no she-wolf is ever really free. I will follow her to the ends of the Earth, if I must.

Sedona belongs to me.

Publisher's Note: Alpha's Prize is a stand-alone book in the Bad Boy Alphas series. HEA guaranteed, no cheating. This book contains a hot, demanding alpha wolf with a penchant for protecting and dominating his female. If such material offends you, do not buy this book. 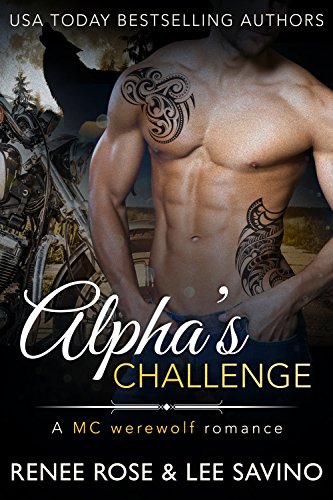 How to Date a Werewolf:

I’ve got a problem. A big, hairy problem. An enforcer from the Werewolves Motorcycle Club broke into my house. He thinks I know the Werewolves’ secret, and the pack sent him to guard me.

#2 During a full moon, be ready to get freaky

By the time he decides I’m no threat, it’s too late. His wolf has claimed me for his mate.
Too bad we can’t stand each other…

# 3 Bad girls get eaten in the bedroom

…until instincts take over. Things get wild. Naked under the full moon, this wolfman has me howling for more.

Not even a visit from the mob, my abusive ex, my crazy mother and a road trip across the state in a hippie VW bus can shake him. 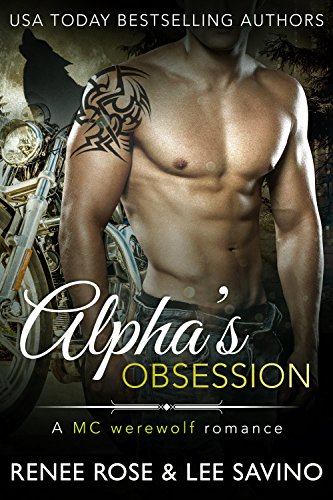 I've had lots of humans, but none who make me lose control like you.

I was born in a lab, fostered out to humans, then tortured in a cage. Fate allowed me to escape, and I know why.To balance the scales of justice. Right the misdeeds of the harvesters.

Nothing matters but taking down the man who made me what I am: A monster driven by revenge, whatever the cost.

Then I meet Layne. She thinks I'm a hero.But she doesn't understand–If I don't follow this darkness to its end, it will consume me.

I've spent my life in the lab, researching the cure for the disease that killed my mom. No late nights out, no dates, definitely no boyfriend.

Then Sam breaks into my lab, steals my research, and kidnaps me. He's damaged. Crazy. And definitely not human.He and his friends are on a mission to stop the company that's been torturing shifters, and now I'm a part of it.

Sam promises to protect me. And when he touches me, I feel reborn. But he's hellbent on revenge. He won't give it up.

Not even for me. 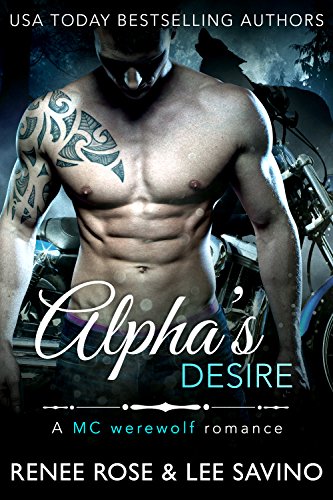 She’s the one girl this player can’t have. A human.
I’m a player, but there’s one girl I can’t have.
The redhead who lights up the club every Saturday night. I want to pull her into the storeroom and claim her, but it wouldn’t be right.
She’s too pure. Too fresh. Too passionate.
Too human.

When she learns my secret, my alpha orders me to wipe her memories.
But I won’t do it.
Still, I’m not mate material–I can’t mark her and bring her into the pack.
What in the hell am I going to do with her?