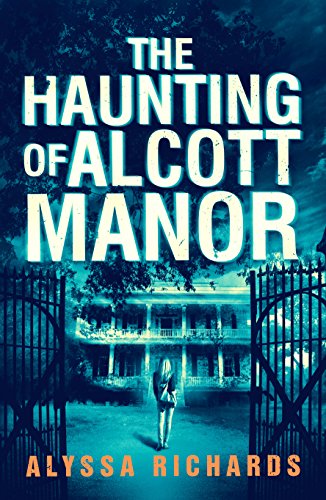 She has a gift. His family has a past. Can they solve a century-old mystery… together?

Gemma doesn’t miss working for the family business. She has a knack for restoring older properties, but after a vicious haunting nearly killed her, she was more than ready to move on. Gemma agrees to one last job to save her parents’ business, but the 1880s historical estate has its fair share of dark secrets…

Henry Alcott wants nothing more than to free the spirit from his family’s property. Ever since the original owner was wrongfully convicted of murder and sentenced to death, the ghost has made sure every restoration effort was a miserable failure. But there’s something about Gemma that makes Henry believe in a much brighter future…

Gemma and Henry must solve a hundred-year mystery to complete the restoration in time. Failure to do so could cost Gemma’s parents their business, but staying in the house could cost them much, much more… 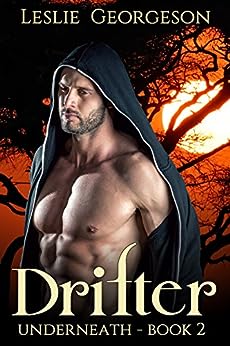 **This is book 2 in a 3-book series. It is recommended that you read EXILED before reading this book.**

Mitch Duncan is a loner. Part man, part drifter, he clings to what is left of his humanity. Branded a traitor and hunted by a powerful enemy, he hides in the shadows while searching for his friend.

Kate Davis is a vegetable trader who travels across the African continent in a caravan, trading with the small colonies along the way. She discovers Mitch hiding in her vegetable cart right after she enters the colony of Aftermath. Though normally distrustful of men, she is inexplicably drawn to this strange drifter man.

Mitch needs Kate’s help. Kate needs Mitch’s help. They soon strike a deal. But nothing—and no one—is ever as it seems.

With danger around every corner, and passion flaring between them, they must outsmart Ronin while uncovering more secrets to the mountain’s power. In a world where violence reigns and weakness means death, will Mitch risk everything to save the one woman who may keep him from losing his humanity to the drifter lurking inside? 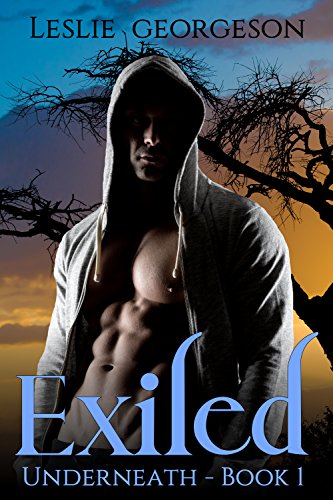 Stranded. Tanzania, East Africa. A rare asteroid shower has decimated the earth. There’s no way out. No way home.

“Honest Gabe” Hunter has never told a lie. His integrity sets him apart from everyone else, so when his brother accuses him of the unthinkable, Gabe’s reputation is tarnished. Banished from the colony of Aftermath, he’s sent out into the harsh savannah with nothing but the clothes on his back. Exile in this forsaken land can only mean one thing. Death.

Claire Henderson is a desperate mother intent on protecting her child and the dangerous and sexy outcast Gabe Hunter is the only man who can help her. But he’s not about to forgive Claire for what she’s done–his bitterness runs far too deep.

With an evil force determined to rule in a world devoid of law and order, Gabe may hold the key to the only thing that can defeat him. After a deadly attack, Gabe must swallow his pride and rely on Claire and her daughter for his very survival. He must choose between fleeing to safety, or sacrificing everything to stay and fight for a future that may be nothing more than fantasy.

A Demon And His Witch
Eve Langlais
FREE 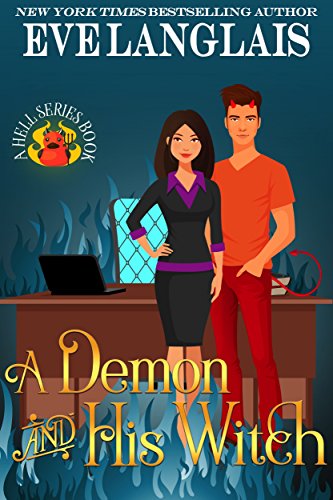 Burning alive is nothing compared to the heat of his touch.

There are better ways to break up with a girl than having her roasted at the stake as a witch. Is it any wonder Ysabel has trust issues? She got her revenge, though, and it only cost her a slightly tarnished soul.

Working for Lucifer isn’t all bad, until her ex-boyfriend escapes the bowels of Hell and she’s forced to team up with a womanizing demon to fetch the jerk back.

As a minion in Lucifer’s legion, Remy’s seen a lot of things, but nothing can prepare him for the witch with the acerbic tongue – and voluptuous figure. The more she pushes him away, the more determined he becomes to seduce her. However, what’s a poor demon to do when he accidentally falls in love and wants to keep her forever?

Welcome to Hell where you’re screwed if you do and damned if don’t. And just so you know, Lucifer has a special spot reserved for you…