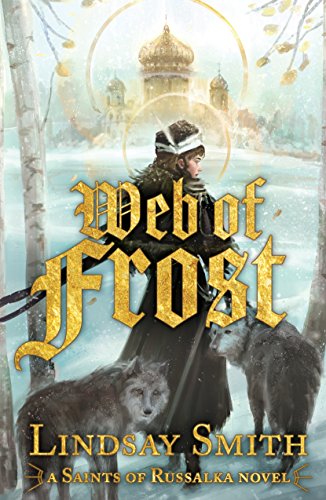 A too-young queen. An empire on the brink. And the alluring, dark prophet who could save her… or destroy everything.

Russalka is a proud empire, frozen and vast, protected for centuries by a royal family who works miracles from the saints. But rebellion stirs in the streets, and its war-hungry neighbors threaten to invade. The young princess Katza has been tormented by visions of her bloodied hands destroying Russalka—a clear message from the saints that she must never rule. So when tragedy places her next in line to the throne, Katza fears their warnings are on the verge of coming true.

Then she meets Ravin, a mysterious young prophet with visions of his own: visions of Katza as a regal empress with unimaginable power. All she has to do seize upon the holy magic of her bloodline. But the more Ravin whispers in her ear, the more Katza begins to wonder whether he has her best interests at heart. With a revolution boiling over and war looming at the border, the greatest threat to Russalka may be Katza herself. 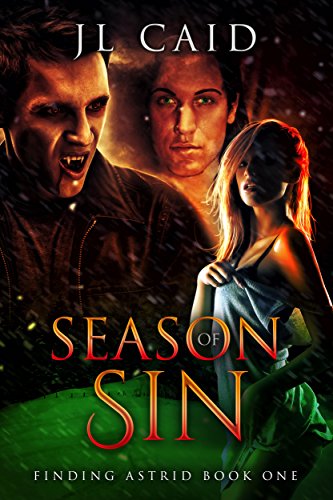 I wake up dead. No, that's not some cliché thing to say after a long night of partying. I'm really dead. Now I have to figure out a few things.

1.How did I die?
2.Why am I in this massive bed with purple, silk sheets?
3.Why are there four seven-foot-tall, hunks of muscle and man staring at me?

The first thing I figure out is this: They aren't men. They have fangs. And they're not afraid to show them – or use them. They tell me why I'm there and what my destiny is with them… in and out of bed.

Realizing I'm dead is only the beginning.

*** WARNING: this is a wild and steamy reverse harem paranormal romance novel… read at your own risk. *** 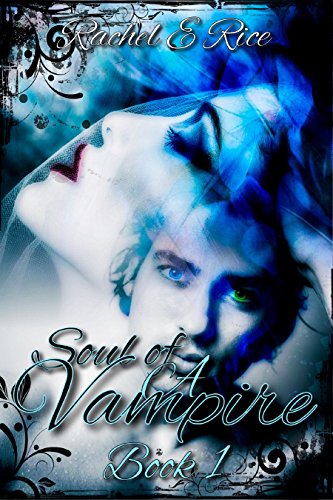 When Zoey Miller was kidnapped as a young child, she never expected to meet the man whose family stole her innocence. After years of trying to remember that harrowing time she finally realized that the nightmare she tried to remember faded away.
All she wanted to be was a normal twenty-one year old and go out to a bar with her girlfriend, but life isn't what you want it to be it just is. On that night her girlfriend died and Zoey ended up in a coma.
When she woke, it was three months later, and standing before her a handsome pale stranger who refused to answer her questions.
All Sebastian Vesper wanted was to keep Zoey safe and prevent her from finding out about him, and especially his family, who wants her dead. He soon discovers that keeping Zoey safe is not so easy, especially with a bounty on her head by a witch who is in love with him, and a brother who wants to put a stake in his heart. 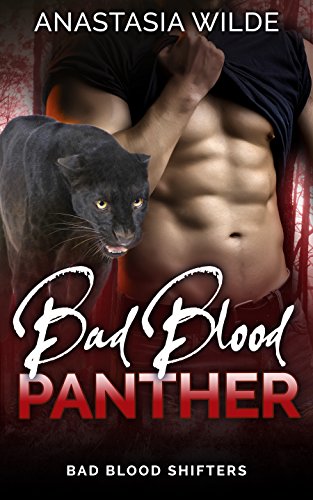 “I’ll always find you, Jenny…” Jenny Castile can’t forget the chilling words of Alton Raines, alpha of the Broken Hill panther clan—the man who wants to take her baby son from her and raise him to be a killer. Her last hope is to track down her old friend Alex Fierro, now Xander of the infamous Bad Blood Crew. They’re the only monsters badass enough—and crazy enough—to protect her and Brandon. The fact that she once harbored a secret love for the man who only saw her as a friend doesn’t matter anymore. At least, that’s what she keeps telling herself…

Ever since he was Turned without consent—or even a little effing heads-up—by his ex-girlfriend, Cindi, Xander’s life has been a gradual slide into hell and insanity. Now he and his panther are one homicidal rage away from having to be put down, and his only goal is to leave the crew he loves before they’re the ones that have to do it. So the last thing he needs is Jenny Castile showing up in his life, begging for his help.

How can he help her, when he can’t even help himself?

Only problem: Xander’s panther wants Jenny, and he wants her bad. Suddenly his old friend is stirring up feelings he thought were gone from his heart forever. But Jenny’s keeping secrets—secrets that can either rip Xander’s life to pieces all over again, or finally help him step up and turn into the man he’s always wanted to be. Can Jenny trust Xander with everything? And can he become the mate she needs, before Alton Raines destroys them both?