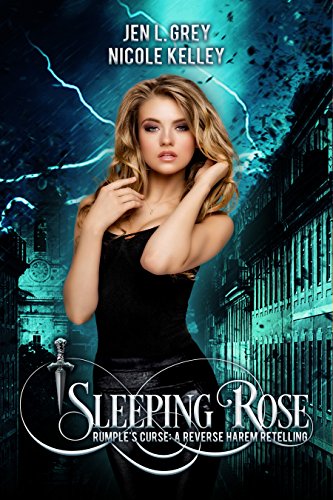 A curse spun of beauty.

Being abandoned, a jaded Rose learned how to survive at a young age. When she meets three mysterious, men everything begins to spiral out of control. By allowing them into her life, they each fill a void within. But they also bring changes that will rock the foundation of her world.

As the budding relationships grow, Rose learns that everything isn't as it seems. Hidden secrets come to light, impacting the course of her life forever.

To persevere, Rose must embrace her new destiny. If she doesn't, she could lose everything she holds dear. 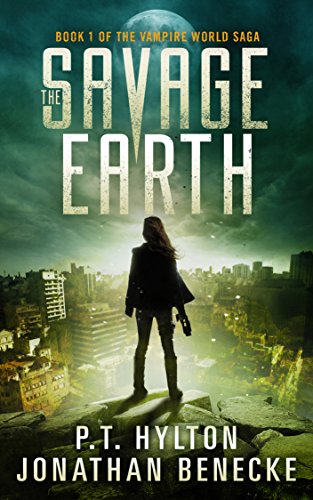 If humans want to take the Earth back, they'll need to survive the night.

It's been over a century since the humans lost the war for Earth. Cities have been reclaimed by nature, and the planet is quiet and empty by day. At night, feral vampires—more beast than man—roam the lands, hungry for blood.

The few thousand surviving humans live on a massive airship that circles the Earth, moving with the rotation of the planet so it's always in sunlight.

Alexandria Goddard is a member of the elite Ground Mission Team, a group tasked with making dangerous runs to the planet's surface for the supplies needed to keep the ship airborne. But even as the team fights for their people's survival, dangerous forces are working against them. A growing movement aboard the airship believes it's time for humans to resettle the Earth, and they are willing to go to extreme measures to make their vision a reality.

As the situation aboard the ship becomes more desperate, Alex and her team discover a terrifying secret about the vampires infesting the Earth. 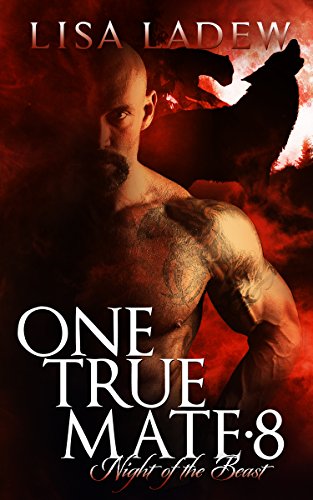 The beast returns to VF for one reason: the female. But nothing is as he left it. 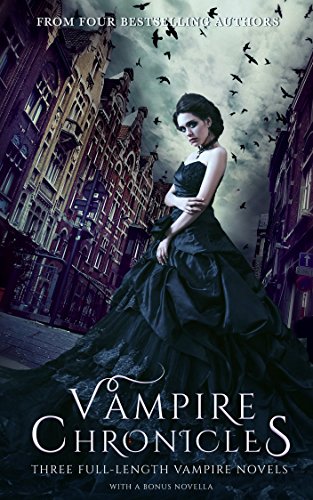 Dark Secrets by AM Hudson
What would you really give up to be a vampire?

Ara and David fell in love under tragic circumstances, the emotions magnified by grief until one could no longer live without the other. But after David confesses that he’s a vampire, Ara’s recent brush with death leaves her wondering if she ever wants to see him again. In just two weeks she is expected to either leave her life behind for an eternity of murder in a cult-like society, or say goodbye to David. But when a decades-old feud between brothers erupts, Ara becomes the pawn in a sick, twisted game of life and death—one that forces her to face the reality of the choice she made.

Will David learn what’s happened in time to save her, or did he plan this in the hopes that the brutalised girl would beg him to turn her?

Token Huntress by Kia Carrington-Russell
The sun’s light dimmed many centuries before; now in the year of 2,341 rampant vampires now stalk their victims in a half-lit world. Humanity has been overtaken by a new society: one comprised of vampires, the supernatural beings that hunt them, and the remaining humans they fight over. The laws and rules that once bound our world have long since been lost. Now, the Hunter Guild struggle to stay one step ahead of the Vampire Council. Esmore, Token Huntress, has exceeded all expectations at only 18 years of age. She is fearless leader to her team, and she is relentless in her pursuit of the enemy. There is only one problem: Esmore is struggling to repress the growing darkness that seduces her from within. Esmore takes another step into the darkness when she encounters a teasing, tantalizing — utterly unignorable — vampire. The lines between right and wrong are blurred further as Esmore gives into her temptation, and her reality becomes deliciously tainted both with evil and with lust.

This Blood (The Grace Allen Series) by Alisha Basso
When Grace Allen discovers a valuable ring in a gutter, she thinks it’s her lucky day, but, fate has other ideas. Now, Grace finds herself not only the keeper of tremendous power, but the only person in the world able to wield it.
Seth McPhee is a monster on the hunt and his prey has never been more seductive. While Grace's powers will ensure his leadership in the underworld, her beauty will make her captivity a pleasure.
Rushing to the rescue is Lucian, a man who is more than he seems. Will he prove to be the white knight that he claims, or is he just another beautiful monster?
Battling fantastic creatures as well as her raging libido, Grace’s resolve is tested. Will she succumb to a life of lavish entrapment, or escape for an uncertain freedom?

Laura's Locket by Tima Maria Lacoba
What would you do if you met the man of your dreams, who came to you only at night and promised you love everlasting? Eighteen-year-old Laura Dantonville meets handsome and mysterious Philippe in while on holiday in Italy, completely unaware of her own destiny and the part Philippe will play in it.