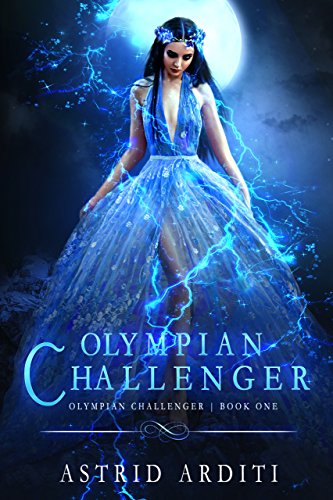 A hero’s tournament. A defiant contender. Does one girl have the courage to take on Mount Olympus?

Hope’s world doesn’t have room for heroes. She barely has time for schoolwork, swim team, and taking care of her ailing mother. But when she’s invited to a mysterious tournament, the all-powerful hosts won’t take no for an answer.

Transported to Mount Olympus, Hope comes face to face with her new trainers—the pantheon of Greek gods. While other contenders train hard to gain a fighting edge, Hope searches for a way out. Instead, she finds a gorgeous shadow god who may just convince her to stay…

As each round unfolds, the ultimate prize draws closer—the granting of her heart’s deepest desire. If she survives the final challenge, her mother’s cure would be within reach… but only if Hope can ignore the tournament’s dark purpose.

After losing her mother at a very young age, Arianna’s world changed when her father came to get her. He took her across the Atlantic Ocean, away from everything she’d ever known and loved. But once again she’s forced to cross the Atlantic, this time leaving everything she’d grown to love behind. Running from the thing that had killed her remaining parent, running for her life. And fleeing from the being she’d dreamt of for half her life. Nothing could save her, she didn’t believe in myths and fairytales. Didn’t believe in the man with the eyes that flashed gold. She could trust no one. Not even the voice whispering inside her head she recognized as her own.

Talon had come to Earth searching for his truemate. Knowing she was near but still so very far away. Only able to reach her when they both closed their eyes, but waking up to find it had all been nothing but a dream. Until one day he heard her cry of pain and felt the crippling pang of fear that invaded her mind. She needed him, but he couldn’t find her. Not until she released her block against him. He just hoped it would not be too late. Because an ancient enemy roamed Earth once more and hunted his truemate. It was a race as to which one of them would find her first. Talon would not lose. 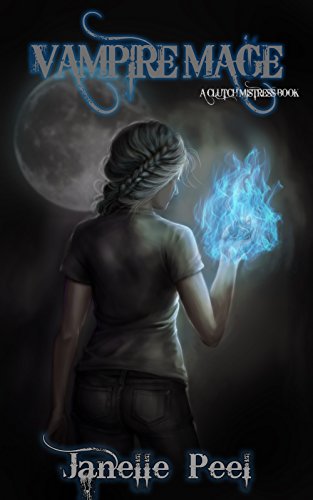 My name is Sora. I was born into this world to a highly respected Mage family. All was well as a child; most children receive their magic at puberty… I was not that fortunate. Shunned by my family, I was cast out on my twenty-first birthday—a failure and disappointment to those who were supposed to love me.
Left on my own in Seattle with no friends or money, I made my way through low-paying jobs down the coast to Southern California. Fate finally smiled upon me in San Diego, where I scored a serving position at a diner.
One night after my shift, I decided to walk to a dive bar near my home to drown my sorrows. That was where I met him: the Master Vampire of the SoCal Clutch. It was either the biggest mistake of my life… or the best decision in the world.

Buy Sora’s adventure now to read about a true heroine who comes into her own despite the odds being stacked against her.

A lady hoping to prove love conquers all …When her aunt suffers an injury in a carriage accident, Evelyn Bromwell rushes through the forest in search of help. Drawn to the mysterious old mansion, she is left aghast to find such a frosty reception. Yet despite the earl’s rude and brusque manner, Evelyn is eager to discover the reason behind his austere façade.