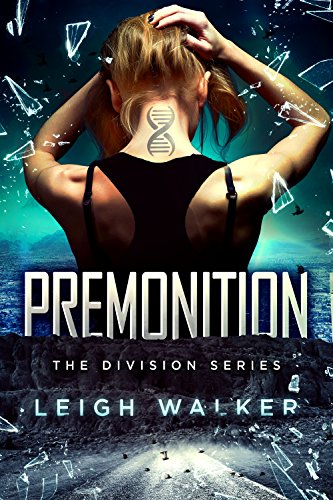 For fans of The Hunger Games and Divergent…this exciting new science-fiction romance series, filled with twists and turns, will take you for a wild ride!

When Riley heads off to boarding school for a summer work-study program, she knows it'll be demanding. What she doesn't expect? To be thrust into an intense physical training program described as special, exclusive and worst of all–top-secret. She signed up for tuition assistance, not to be held in a secret government facility for boot camp…

Welcome to The Division, the government agency that's so classified, most United States senators have never heard of it.

The Division wants Riley bad, but she can't figure out why. Skeptical of what she's being told, Riley's determined to uncover the truth. Boot camp is intense, physically and mentally draining. The upside? One of her new teammates is the cutest boy ever. Watching Finn hit the gym wearing a tank top doesn't suck–although sometimes his brooding attitude does. But when training forces Riley to confront her tragic past, even Finn's big biceps aren't enough to make her want to stay…

Beware: The Division isn't something you just walk away from. You better run.

Riley realizes her capabilities and strengths are greater than she'd ever imagined. But she also learns she wasn't just chosen for this special program…

She was made for it. 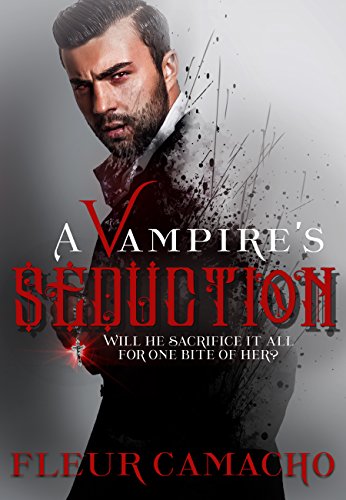 I am feared. I am desired. I am powerful.
And I will sacrifice it all, for one bite of her.

Detrand, a sexy, mysterious immortal vampire, returns to England to punish the being responsible for the murder of his Maker. Delving into the city full of shifters, fae and other immortal beasts, he encounters a woman with blood so tempting that he can barely control his blood lust.

He will burn the city down to find the killer, but first he may have to submit to the woman who will consume his heart, or he may never know the truth…

**Intended for adult readers due to sexual situations, violence, and language.** 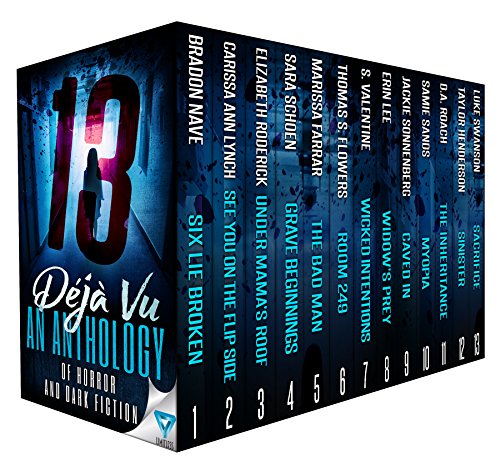 13 came for you once. Are you ready to face it again?

Evil can be fought. Ghosts can be hunted. But darkness can never be defeated. It only retreats, lurking in the shadows, waiting for you to let your guard down.

You might think you’re free, but once it has its eyes set on you, there’s no escaping it. Whether today, tomorrow, or next week—it will strike. No matter where you run, where you hide, it will find you, and it will make your worst nightmares come true.

13 chilling stories are about to test the limits of your fear, ready to show you the daunting truth of what lies beneath…

The family with buried secrets. An old factory hiding shadows within its walls. A serial killer honing his deadly skills. It’s all here, about to prove that nothing is ever as it seems. Think twice before you switch off the lights, before you close your eyes and say goodnight.

It’s happening again. 13 is coming for you. 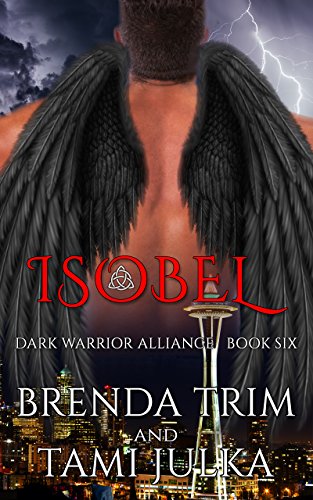 Elsie has everything she could ever want – mated to the Vampire King, working at her dream job, surrounded by family and friends and expecting her first child. Her bliss quickly turns into a nightmare of epic proportions when her newborn daughter becomes the primary target of the nefarious archdemon. Seeking guidance from the Goddess, Elsie and Zander discover the only way to protect their fragile baby is to summon a Guardian Angel.

When the enticing guardian appears, Elsie and Zander face far more challenges than merely keeping their daughter safe. As feelings ignite, jealousy threatens to tear them apart and for the first time, being Fated may not guarantee an eternity together.