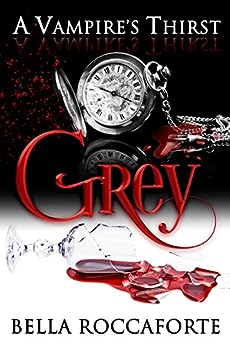 Professor Grey Hart enjoys the finer things in life, while keeping his blood-thirsty darker side under wraps. Honor and propriety are paramount for him. But when he's called upon to help stifle an out-of-control prodigy, everything changes. Suddenly the smell of blood sends him reeling. Not only is he struggling to keep his thirst at bay, but now, his need for sexual release strangely has him yearning for more.

Blood fairy, Mila, escapes from the underworld. After she encounters the sexy and mysterious professor, Mila can't resist the pull she feels for the man. Something is drawing her to him. Neither can control their urges. As their desire unleashes, will they find a quench for their undeniable thirst?

Will anyone survive Grey's dark thirst?

One-Click Now to find out!

Desperate to save her demon-abducted sister, witch Merle MacKenna breaks the law when she summons Rhun, another demon, from the magical prison of the Shadows. Rhun might be a demon, but he’ll be able to help her, and then she’ll bind him when she’s through—at least, that’s the plan. But Merle finds it’s easier said than done when her new demon is hellbent on charming his way into her pants—and her heart.

After twenty years in the Shadows, bound for a crime he didn’t commit, Rhun is past caring about anyone but himself. The plan: seduce the sexy witch, steal her powers, and be on his merry way. But when a heinous betrayal in the ranks of the witches forces Merle and Rhun to work even closer together, Rhun’s plan backfires—and the witch gets under his skin. With his unbidden feelings for Merle vying with his need for freedom, he struggles with a new torment: Being a selfish bastard is a lot harder when love is involved. 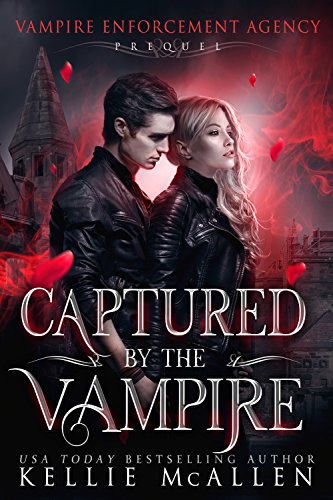 When Zoë reveals proof of vampires to the world, has she sentenced the one she loves to death?

After years of being alone, Rowan is ready to end his immortal life. Weak from starvation and overcome by bloodlust, he attacks a human in public and is captured by police.

When Zoë discovers that the intriguing, new prisoner brought to the jail where she works is a dangerous vampire, she can’t resist revealing the evidence to the world. But as she gets to know him, she realizes he’s not the monster everyone thinks he is.

Rowan’s life finally has meaning again as more vampires come forward and he learns he’s not as alone as he thought. But his chances of release disappear when the world explodes at the discovery of vampires, and he knows he’ll die in prison.

There’s only one way Zoë can save the vampire she’s fallen in love with, but is she brave enough to give up everything for him?

This novella is the prequel to the Vampire Enforcement Agency series.