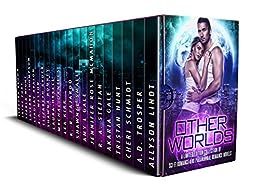 Journey into a multiverse beyond the boundaries of your imagination…

21 award-winning and best-selling authors bring you the best of PARANORMAL and SCI-FI ROMANCE in this enticing boxed set of exclusive epic adventures.

Step into OTHER WORLDS as these fresh voices of SFR and PNR take you on a journey to immortal realms and extraterrestrial territories where your imagination takes flight and fantasies come to life. 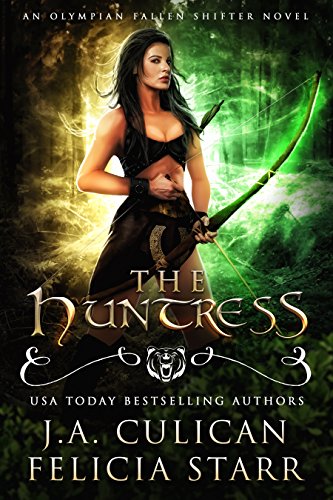 In a world of magic and danger, the love of a goddess and a shifter is destined to become legend… or end in heartbreak.

Artemis, goddess of the hunt, must rescue her beloved golden stag from Earth, but the only way she obtains passage there, is by promising the Oracle she will fall in love with a mortal, and then give him up to return to Olympus.

On Earth, she accidentally injures a bear with her bow, but not just any bear… a shifter. Ruler of his domain, Xander is compassionate, and protective of all, including Artemis.

Artemis falls hard and despite her vow of chastity, finds her primal urges for Xander drawing her closer to losing her stag forever, cursed to suffer horrific deaths for all eternity.

When a sociopathic shifter seeks to destroy everything on Earth, Artemis is backed into a corner and will have to make a choice… a choice that will change the very fabric of history.

An exciting paranormal romance featuring Greek gods, steamy moments, and sexy shifters, The Huntress is an exciting love story with action and adventure on every page. Readers will get a thrill out of reading this incredible fantasy novel by USA Today bestselling authors Felicia Starr and J.A. Culican. 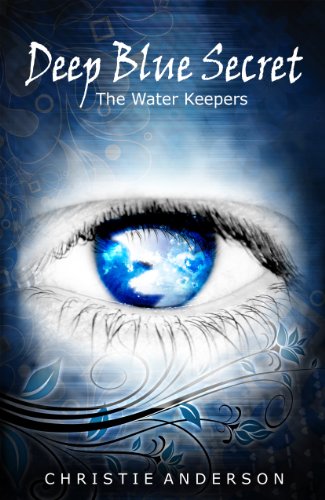 “Anderson is the newest and hottest writer there is. It is believed that if this series goes as hot as we think it is, it will be better than Twilight! Stephenie Meyer, look out!” ~Young Readers Group of Maine

“Every once in a while I come across a writer that is such a great storyteller, I can't put the book down. I forget where I am, what time it is, and if there's anyone around me… Christie Anderson is such a writer.” ~Karen Hoover, Author of The Wolfchild Saga

A sweet, mysterious teen romance with a refreshing fantasy twist.
California teen Sadie James thinks her life couldn't get any better. She has great friends, an energetic mother she adores, and the beach practically in her own backyard. But her carefree life is turned upside down when she's rescued by a mysterious and strangely familiar boy who won't even tell her his name. Each time the boy appears, Sadie's unexplainable attraction to him deepens along with her need to unravel his secrets. The boy is there to protect her, but as wonderful and exciting as it might be to have an irresistible boy with crystal green eyes protecting her every move, every minute of the day…why does Sadie need one? As Sadie finds answers, she realizes her life isn't as perfect as she thought. Not only is she caught in a world of dangerous secret agents she never knew existed, but it turns out her true identity may be the greatest secret of all.

Eve Hayden had no idea what to expect the night she went in search of the vampire who killed her mother but it certainly wasn’t what she found — Michel and Julien de Cernay: 800-year old identical twin vampire brothers – beautiful, temperamental opposites, both wanting her for themselves.

Michel — dark, brooding, former priest who broke his vows the night he was turned into a vampire. Julien — impetuous, valiant, passionate, a brave knight who lost his life on a battlefield when a vampire claimed him.