Choices of Fate (Book 1) – Alexa Ryan has a comfortable life, but an unusual condition forces her to keep the world, and all hope of love, at a distance.

Ethan Kellar spent his long life running from his destiny, from his role in changing the fate of the world. Until the night Alexa falls into his arms.

Believing she is the key to escaping his fate, Ethan gives in to their intense physical attraction only to discover that in trying to cheat destiny, he set it in motion.

So he does the only thing he can to save them both. He walks away.

Consumed by grief, Alexa is lost until she learns her brief encounter with love resulted in a child.

When that child falls ill, her search for answers leads her back to Ethan and thrusts her into his dark and mysterious world, unlocking the secrets of her past and revealing threats to their future. Together, they fight to protect their love, but one battle remains that Ethan must fight alone as he struggles to choose his own path and avoid the choices of fate.

Redemption of Fate (Book 2) – When Ethan Kellar awakens in the dark he struggles to remember who or where he is. His mind and body feel foreign, like a flesh and blood prison, until he discovers the lifeless form of his beautiful wife, Alexa, in his arms.

On mandatory lockdown at the Elite compound, Cami Kline has never felt more trapped in the place she's called home for nearly two centuries. Trapped by fear for her missing brother, Ethan, and by the unwanted, yet undeniable, attraction to her cocky new brother-in-law, Jared.

When the body of one of their kind is discovered by humans, the Elite are forced to intervene, giving Cami a reprieve as she leads the team to retrieve the body and clean up the mess before the race is exposed.

Meanwhile, through a forced blood bond, Lucias uses Ethan in in his quest to rule humans and vampires alike. Unbeknownst to Lucias and despite Alexa's death, the mate bond remains keeping a small part of Ethan beyond Lucias' control, but will he eventually give in to the darkness or will it be enough to redeem him.

Absolution of Fate (Book 3) – After his wife was ripped away along with his free will, Ethan is forced to watch a monster walk away with his only daughter. Locked in a cell, the last shred of the man he was slips away. Meanwhile, the woman he thought he lost is fighting her way back to him.

Having sacrificed herself to save those she loves, Chloe is trapped under Lucias's watchful eye. He demands she bind herself to him, or remain cut off from the world forever. As she struggles to hang on to the hope of being with her family again, Chloe manages to find comfort in the most unlikely of places.

When an accident reveals Chloe's most dangerous power, plans are set in motion that change the course of the world and finally bring an end to the war her kind have been fighting for centuries. 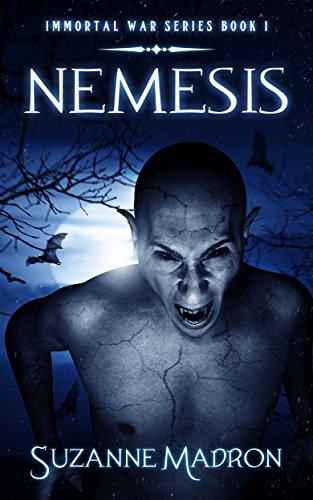 When an amnesiac deity is accidentally resurrected by an ancient evil, his only hope of remembering who and what he once was is a vampire named Lamia. When she runs to him for protection, an inescapable fate is unleashed upon them both as they fight to survive. NEMESIS is the first installment in the Immortal War Series.

Dust To Dust: Fangs For Your Memories 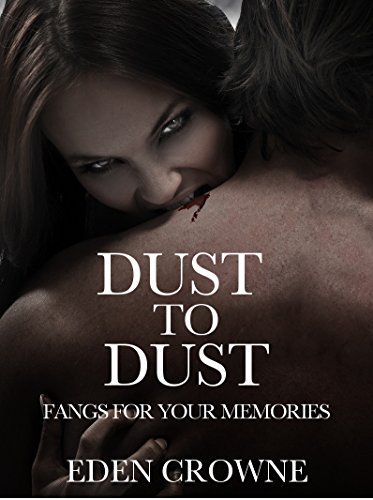 Death, like love, has many subtle and varied layers.
Lost spirit Tamsin West learned that the hard way after a group of Soul Eaters sliced up her soul like birthday cake and doomed her to dust. Only dust is not really the end. Spiritually speaking. By finding a body at the point of death, Tamsin can live again. Live to hunt her killers.
There's just one catch: that body can have no soul.
Jumping into the body of a murdered royal Prime Vampire is everything a lost spirit on the vengeance trail could hope for. Princess Angelique Duprey, make that ex-Princess, has all the occult strength of the Damned plus a Prime's ability to manipulate the earth's elements.
Just the sort of edge Tamsin needs to track a murderous band of Soul Eaters. Unfortunately, as a person, the Princess' only power seems to have been to piss people off. Dangerous people. The kind looking to start a lethal turf war with the Prime's clan for a cut of Chicago's Dark Side.
Reanimating the body puts Tamsin right in the line of fire. But paranormal politics won't matter much if she can't convince the handsome Fae Hunter holding a knife to the Vamp's throat not to kill her all over again. 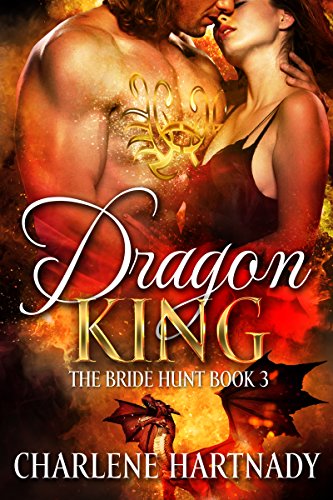 Blaze has loved and lost before. He’s been down that slippery path before and never wants to go there again. Especially not with a human.
It’s a great pity that he has no choice. The problem is that he’s the fire king, ruler of all four kingdoms. Blaze is expected to have heirs, and the sooner the better. He’ll have to take a human as his mate, one that will bear his young, but he doesn’t have to love her. Blaze plans on handling it like a business transaction. No love, no emotion, no problem.

This book can be read as a standalone but would be best enjoyed as a part of the series (Start with Chosen by the Vampire Kings). 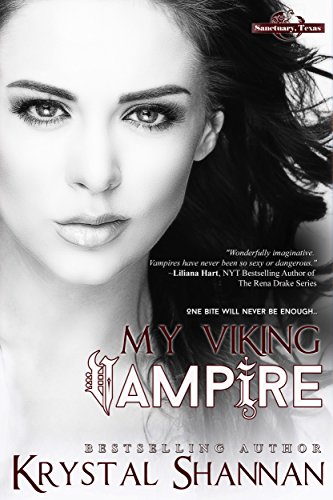