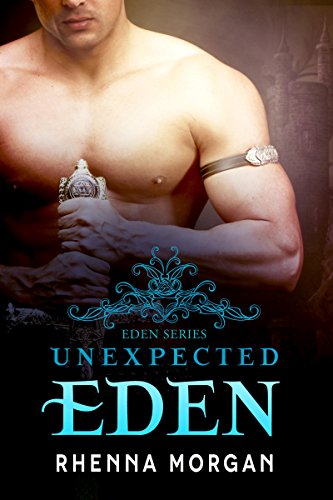 Paradise, love, power…and a prophecy with a price.

Most people believe Eden no longer exists. Lexi Merrill’s about to learn they’re wrong. A hard-working bartender with a self-sufficient backbone and a wary nature, she knows pickup lines like a second language. So, when Eryx Shantos barges into her world with too-smooth words and a body to back it up, she locks up her libido and vows to keep her distance.

Eryx has other ideas. As king of the Myren race, Eryx is duty-bound to enforce the laws preventing exposure of their existence to humans. Yet The Fates have led him through his dreams to Lexi, a temptation he doesn’t want to resist. The question—is she Myren, or human, which makes her forbidden fruit?

When Eryx’s nemesis tags Lexi as his next target, Eryx insists on taking her home where he can keep her safe. Lexi had no idea “home” would mean the one-and-only land of creation…or that she’d trigger a prophecy that could doom her newfound race.

A Vampire's Garden of Stones

He was pretty sure that if he said “Boo” she’d jump from the car regardless of how fast he was going. He offered up a slight smile. He couldn’t blame her really, he was aware that he could be a tad… intimidating, perhaps even overbearing at times. Okay, that was just bullshit he was intimidating most all of the time. He couldn’t help it really, it came with the territory. It was hard not to be threatening when you were a Guardian or more officially if you preferred to throw down titles which he didn’t – Vampire Guardian Assassin. He did kill people for a living. Granted they were evil, but he threw badass attitude around on a nightly basis because that’s what assholes he exterminated understood. He looked over at Jamie, so small and fragile, her injured hand lying in her lap, the other tucked up close to the door latch. As if…

Jamie felt relief when he pulled the Jaguar up beside her house and killed the engine. She fumbled at the door until the mysterious tall dark and oh so handsome vampire slowly leaned his bulk across her and opened it for her. “Thanks,” she said softly, feeling suddenly warm all over at his sudden nearness and like an idiot because she couldn’t open the door herself. “I’ve never been in such a fancy car before.” He enjoyed the flush he’d brought so easily to her cheeks. “You’re welcome.” Oh my gawd he has a voice to die for. It was all she could do to not look over her shoulder like a teenager with a crush to make sure he was following her. You don’t know how right you may be little girl.

The Seed Of The Dragon

When up and coming model Rachel went to a party full of industry executives she was hoping her life would change.

But she did not expect this.

At that party she met the gorgeous golden-eyed Shawn who swept her off her feet and into his bed. In the end, Rachel's life did change drastically that night, she became pregnant.

Now 5 years later, Rachel is happy raising her son all by herself.

But little does she know, Shawn is a dragon shifter and that means her son has inherited his abilities and Rachel's life is about to change again in a way she could never have imagined…

Memphis Corley doesn't take anything for granted. So when he meets the most breathtaking woman he's ever known on an away game, this hockey bear knows he's going to have to fight to get his woman. Turning a one night stand into something lasting isn't so easy though, especially when there's someone constantly plotting against him, but this bear never loses and he doesn't intend to start now.

April Whitaker hates lies and deceit. Working as an event manager she sees plenty of both. When her little fling with a hot jock turns into a big problem with her roommate, April's almost ready to throw in the towel. But there's something about this bear that keeps her going back for more and when he invites her to Shifter Grove, she can't say no. Wherever she goes, trouble seems to follow, however!

Can Memphis and April find their happiness together or is this polar bear cursed to suffer the loss of his mate?

Each book in the Puck Bear Brides series can be read as a standalone. No cheating, a guaranteed happy ending and plenty of steamy Alpha bad boy loving await you in this novella! 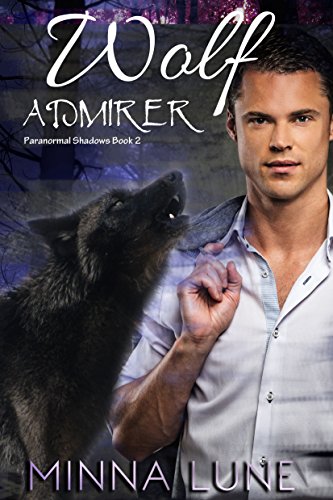 Mindy is plagued with the problem of finding a “date” for an ex-best friend’s wedding. Given the lack of time left the task appears to be impossible, especially when her secret admirer has decided to remain unknown. Could wolf shifter, Dr. Stenson, help?