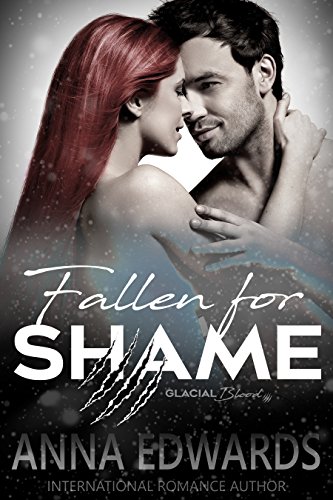 Teagan Holland left her old pack under a cloud of prejudice. Her breed, an Asiatic wild dog, considered nothing but vermin. But as the Glacial Blood Pack are about to find out she is one the kindest people they will ever meet. The accident prone dog also has a strength within her that will be needed to help stave off the now homeless Nuka Lincoln's attempts at revenge. Will she regret taking this job?

Tyler Quinn has been a fighter for the pack since he was eighteen. He is mysterious, and nobody knows that much about why he joined them. All they do know is that he is a fantastic cook and a bit of a computer geek. Behind the man he portrays is a secret that threatens to send him on a path that he thought he had left behind. Will the white powder be his downfall?

Fallen for Shame is the third book in the highly recommended Glacial Blood Series by the author Anna Edwards. It is set in a paranormal world full of drama, suspense and great love affairs. Plus it features a secret that must never be told for fear of the consequences.

A family isn't always blood; it's the people that accept you for who you are. 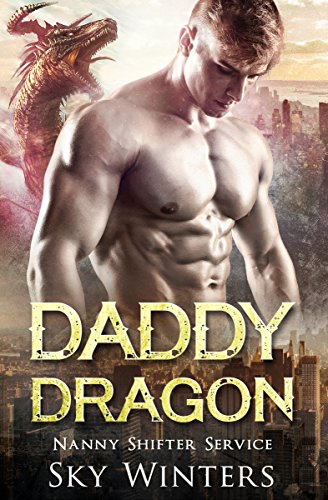 Could you work as a Nanny for a dangerous dragon shifter? 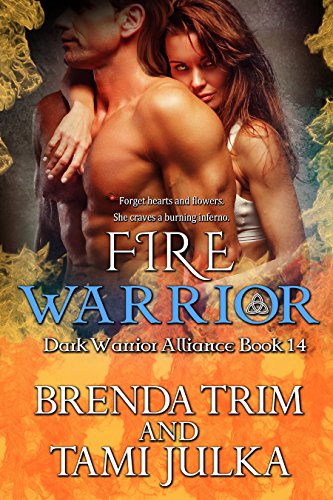 Breslin Tarakesh isn’t your typical Vampire Princess. She loves designer clothes and bling, but is at home in her fighting leathers with her sais in hand. Court politics are not her thing and she eschews everything to do with the simpering suck-ups that want to use her family to gain favor. She’s meant for more than elaborate crowns and parties. She wasn’t given the power to wield fire simply to light candles. She prefers frying demons instead. As the only female Dark Warrior in the Seattle compound, she is accustomed to dealing with males and their quirks. If only centuries of living with flirtatious males prepared her for meeting her Fated Mate. She has never dreamed of being wooed with hearts and flowers, but she imagined her mate would be loyal and true. Enter her sexy fire demon and her survival hangs by a singed thread.

Rhett Kaufman loves the company of females as much as he loves to go on his walkabouts. Staying in one place and with one female smothers the fire in his veins. And, for a fire demon there is no worse fate than losing their life force. So when he discovers he’s Breslin’s Fated Mate, he packs his bags and leaves. He isn’t mate material and she is better off finding another. Unfortunately for Rhett, Breslin haunts him every waking minute. Will he be able to stay away from the one female that ignites an inferno in his system? 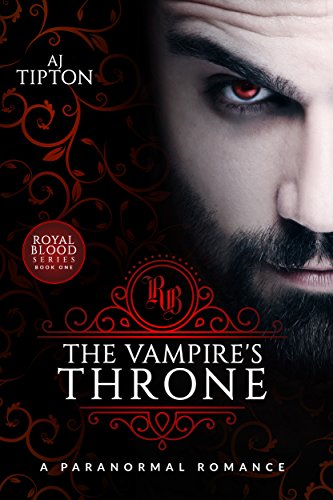 A vampire prince fighting to liberate his people. A stunning photographer intrigued by the supernatural world. Together they must save their vampire kingdom…or die trying.

Sexy vampire Christopher Dal has spent centuries recruiting free-thinkers and dreamers to turn into vampires. When he meets Alice, Christopher knows she would be the perfect addition to his vampire family. But once he turns her, he will become her sire and any romance between them will be impossible…and he’s already falling in love with her.

Alice Jones’s dearest dream is to become a full-time photographer, leave her boring day job, and explore the world. But when she meets the handsome and mysterious Christopher at her first art show, she discovers that the world is more magical and perilous than she ever imagined. Just when immortality is within Alice’s reach, a vampire civil war erupts between Christopher’s followers and his power-hungry brother, Rhys. With the fate of vampire kind in Alice’s hands, will she choose safety or love?

The Vampire’s Throne is an adult paranormal romance. If you like red-hot passion, blood-pumping drama, and satisfying love stories, then you’ll love the first installment of the sizzling Royal Blood series.