A collection with bite…

With over one million words of fiction and over 100 hours of prime reading material, this exciting collection will treat you to brand new worlds and inventive re-imaginings of our beloved monsters-in-the-dark. You won’t want to miss out on these stories with bite. We’re certain you’re gonna love it…to death! 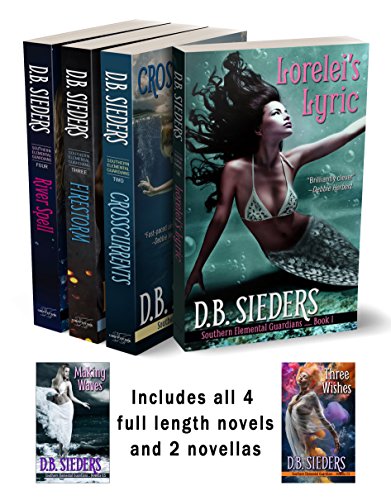 “A brilliantly clever series with a unique blend of Southern humor and mythology” from award-winning author D.B. Sieders. Southern Elemental Guardians has everything you love in a paranormal romance series: incredible world-building, a fresh and modern take on myth and legend, characters that leap off the page with humor and heart, and red hot, steamy romance!

Follow the Southern Elemental Guardians as they meet and fall in love with humans, half-breeds, demigods and more. Thrilling adventures set in fantastical worlds hidden in the nooks and crannies of our reality, our heroes and heroines face extraordinary circumstances to find out what they’re made of while finding true love along the way.

MacLir is charged with ferrying a pair of troublesome Rhinemaidens to the Americas. But when the mermaids conspire to reunite him with his long lost love, they set off a storm fueled by old wounds and passionate desires. Will love calm the waves, or will all on board perish in a fearsome maelstrom?

Lorelei’s Lyric (Book 1)—If Lorelei sings, someone will die.

When her siren call nearly costs sexy, wounded rock star Vance Idol his life, Lorelei comes to his rescue—but not without risk. She could lose her heart, and quite possibly her immortality, during her Nashville holiday. Can their love survive his attitude, her fins, and an evil Pixie with a grudge against them both?

Crosscurrents (Book 2)—No one believes Ilsa is a worthy of ruler, including Ilsa.

Frolicking with mortals is princess Ilsa’s M.O.—until she answers a distress call from an endangered species in the waters near Chattanooga. Sparks ignite when hunky scientist Paul Pulaski rescues her from a motorboat collision. But can they survive monster hunters, rival scientists, and a dark elemental force that could destroy them all?

Mayhem ensue when the trio hit the tables, the strip, and get roped into a surprise performance at the Bellagio that gives Cirque Du Soleil a run for its money. When the Sylph gets them an audience with a Genie, will their wishes come true, or will demons past derail their happily ever afters?

After a century in hiding, Serafina must fight against a conspiracy to resurrect the Phoenix brewing near Memphis. Uniting three of her kind could unleash a fiery apocalypse. Can she trust seductive, mercurial Sylph prince Bruce to help, or will her passion and fire doom them both and all they hold dear?

Exiled and alone in Memphis, Rhinemaiden Gwen is still traumatized from her capture and torture by mortal monster hunters. Cop turned private investigator Kwame Johnson is sent to find her. More than a mere mortal, he has a special sense that helps him track down missing persons. Gwen can help him reach his full potential, but can she trust a man who was hired by the monster hunters to track her down? 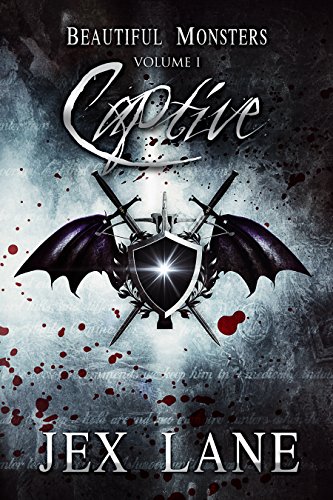 “Beautiful, heart-wrenching, and seductive.” Captured by the impossibly sexy High Lord General Tarrick, the vampire Matthew is turned into a weapon against his own kind.

Warning: Do not read before bedtime. These beautiful monsters will keep you up all night… 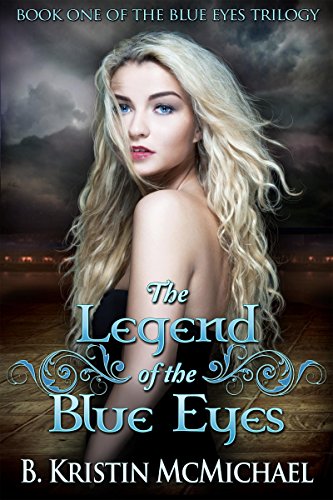 Arianna Grace liked her boring, Midwestern, teenage life where she ignored the many unanswered questions of her childhood. Why were her parents dead? Why did she not have family? Where was she raised until she was five? When someone offers to explain it all, Arianna thinks she’s just getting answers. Instead, she is thrown into a world of night humans who drink blood.

On Arianna's sixteenth birthday, her world is thrown upside down when she changes into a vampire. Night humans, or demons, as some call them, live in normal society. Learning all of the new rules of a world she didn’t know existed might be hard enough, but it's further complicated by two former-friends that now want to help her take her role as the successor to her grandfather.

There is a war going on between the night humans. Sides have been taken and lines are not crossed. Four main clans of night humans are struggling for control of the night. Divided into two sides, clans Baku and Tengu have been at war for centuries with the clans Dearg-dul and Lycan. That is, until Arianna Grace finds out the truth; she’s the bridge of peace between the two sides. But not everyone wants peace. With the night humans divided, Arianna is now a pawn in the war between them. She must choose a side—her mother’s family or her father’s—and for once in her life, decide her own fate.