Halfway To The grave

Half-vampire Catherine Crawfield is going after the undead with a vengeance, hoping that one of these deadbeats is her father—the one responsible for ruining her mother's life. Then she's captured by Bones, a vampire bounty hunter, and is forced into an unholy partnership.

In exchange for finding her father, Cat agrees to train with the sexy night stalker until her battle reflexes are as sharp as his fangs. She's amazed she doesn't end up as his dinner—are there actuallygood vampires? Pretty soon Bones will have her convinced that being half-dead doesn't have to be all bad. But before she can enjoy her newfound status as kick-ass demon hunter, Cat and Bones are pursued by a group of killers. Now Cat will have to choose a side . . . and Bones is turning out to be as tempting as any man with a heartbeat. 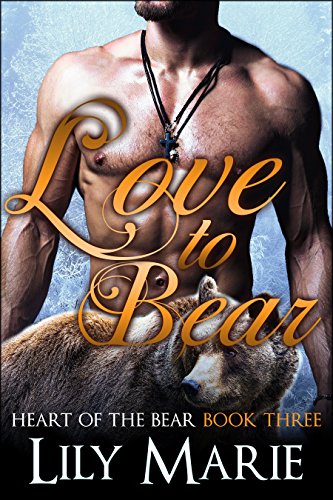 Nothing turns on Elijah Black more than food, much to his mother's constant disappointment. She wants Elijah mated and settled, like his brothers.

But Elijah is far from ready, and hasn't met a woman who comes even close to touching his heart.

Kaylee Jackson found Pine Heart while she was running from her past. Here, she could reach for a new future, one that would help her forget that past.

When she meets Elijah Black, she sees a good man – one she might be able to spend the rest of her life with. But her first priority is to create the dream that was taken from her.

After Kaylee's restaurant is sabotaged, Elijah vows to keep her safe. His bear has other plans for her – plans that involve the rest of his life. If Kaylee will have him.

This is a standalone story, with an HEA.

When children go missing, and the Humans have no leads, I'm the one they call. I am their last hope in bringing home the lost ones. I salvage what they cannot.

O’Shea is AWOL, and Tracking him is proving to be harder than I expected.

Not to mention the small fact that I have the Beast of Bodmin Moor chasing me across Europe, in a race against the odds, and my life as the prize.

But those things are minor compared to the secrets that finally come to light.

Secrets I wish had stayed hidden in the darkness . . . .

Lia Carmichael is thrilled two of her three brothers have found their truemates. As soon as her third brother finds his, she’ll start having the mating dreams that are part of being a saber-tooth-tiger shifter. Fate has other plans, when she goes to a club with her new family and scents her mate – on another woman! Hell hath no fury like a pissed-off saber-tooth tigress shifter, and she’s one furious cat.

As vampire master of the city of Belle Terra, Caleb Night has seen just about everything. When a gorgeous saber-tooth tigress female finds him in his private club, he knows he’s staring into the golden eyes of his truemate. He never expected his truemate to be a shifter, but nothing makes him hotter than when she purrs.

When a master vampire and a saber-tooth tigress get together, expect lots of neck biting and purring.

Willow Rhoswen, owner of The Fated Cupcake and part-time vampire hunter for the Void is having a rough week. Four years after her twin brother’s mysterious death, Willow’s life is threatened and the director saddles her with a new partner—her ex-boyfriend, David. To her horror, he’s turned vamp, which causes her physical pain whenever she touches him… and any other specimen of the undead.

This is a stand alone novel. It is not a cliffhanger. And it is the first novel in the Forehead Kisses Series.

Can there be too many pieces to piece back together?

This is a question Keira faces every day. It’s impossible for her to go anywhere unaccompanied by her cousin, the only person who knows what happened on that horrific night a year ago. The guilt and pain weigh her down every day. Unwilling to open up to anyone and give someone a chance, she lives in solitude.

For her, that’s the only way to live.

Liam struggles with his own demons. After losing someone who means the world to him, he combats his anger and pain on a daily basis. He dives into violence and sex, losing himself more and more. But as soon as he meets Keira, he recognizes the same pain he suffers every day. And he pursues her, wanting to connect to someone who understands.

Keira can’t put herself back together, and neither can Liam. But can they do it together?