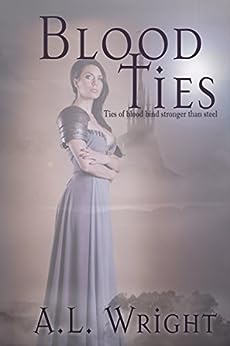 Dartein’s story continues in Blood Ties, sequel to Blood Price. In Blood Price, Dartein and his Chosen love, Josaleene, were expecting a child. Fate and prophecy had sent him across the land, desperately seeking answers to save the lives of those he loved most in the world.
Dartein had fled the Palace with his newborn daughter to raise her in peace. But peace did not last long, as the war that began to threaten them all years ago looms once again on the horizon. Determined to fortify his new holdings against the goblin hordes, he sets out to seek the helpful skills of a blacksmith, and in doing so brings a human back to his home that unwittingly begins a domino effect resulting in a reunion with his father, The Patriarch.
Nikkola grew up in relative quiet and safety, protected from the outside world by her father, her father’s guard, and a bevy of Noble fighters and rangers. Growing up around all men, she is excited to meet the blacksmith her father brings back to the Keep, a human female named Friesa. The girls become fast friends and sneak off to consult her mysterious and unknown grandfather on turning Friesa into a Noble. Her impromptu trip to the Palace of The Nobles introduces her to a whole new world of power and a glimpse into the magic she never knew she possessed.

Emma Wilkes is on the run from her ex-boyfriend—with a stolen laptop containing evidence of his crimes. Alpha wolf Jace Monroe has only weeks to find a true mate and bond with her, or he’ll lose his pack and his territory. So when Emma steals Jace’s motorcycle and disappears after a night of passion, Jace vows to track her down and find out who she really is—a conniving con woman, or the mate he’s been waiting for all his life… 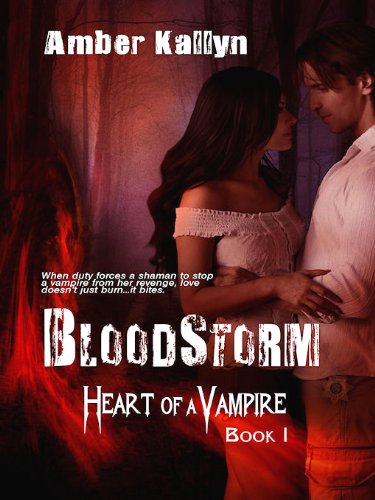 When duty forces a shaman to stop a vampire from her revenge, love doesn’t just burn… it bites.

For two hundred years, Niki DeVeraux has been tracking the monster who murdered her family and made her a vampire. She finally catches up to him in a small Arizona town, only to face more than she bargained for. Amid an imperious vampire King, a shaky truce between the local clan and shifter pack, and a too-sexy sheriff who makes her remember she’s still a woman, Niki’s single-minded purpose is threatened for the first time since her turning.

Between his duties as Keeper of the peace for the Magic Council and heir to his tribe’s shamanistic magic, Sheriff Shane Spencer’s job is to protect humanity and stop the friction between the local Arcaine races before it turns into an all out blood war. To make matters worse, there’s an irresistible rouge vampire in town enflaming his senses.

When wolves start turning up dead, the tension between the paranormal races grows and suspicion falls on Niki. Shane knows she’s not to blame, and it has nothing to do with the primal urges she stirs within him. Working together, they must find a way to stop the hostilities from going over the edge. Trouble is, the desires raging between Niki and Shane might prove more dangerous than the surrounding threats.