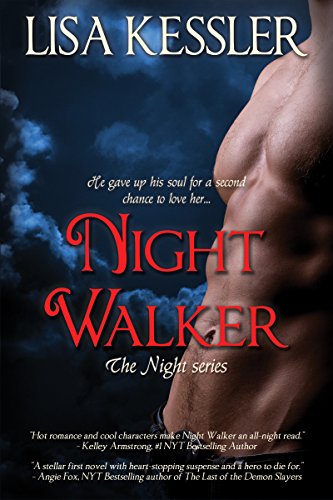 Two and a half centuries ago, Calisto Terana lost everything when a zealous priest murdered the woman he loved. Now, desperate for another chance to love her, he wants redemption for the mistake that cost her life.

She’s haunted by dreams of her own death…

After catching her fiance with another woman, Kate Bradley returns to San Diego to clear her head. The last thing she needs is romance, but after meeting Calisto she’s drawn to him in ways she doesn’t understand.

They’ve waited in the shadows for centuries…

Calisto has no doubt Kate is the reincarnation of his lost love, but the Fraternidad Del Fuego Santo has a new watcher with dark ambitions of his own. As old enemies re-emerge and a new threat arises, the betrayal that enslaved Calisto to the night might destroy the only woman he’s ever loved again. 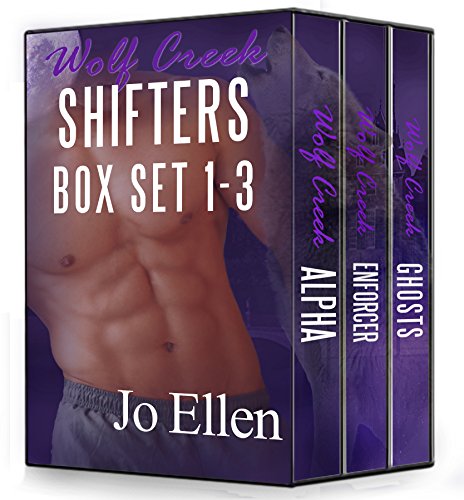 Will three alpha werewolves settle down when their mates cross their path?
Three women. All different. Will they tame their mates?
Witch. Druid. Ghost Whisperer.

WOLF CREEK ALPHA-BOOK 1:
Can a witch accept that she’s the mate to an alpha werewolf? Rafe loves her deeply, now he has to convince her.

Lisa is shocked to discover she’s a witch with an alpha werewolf as a mate.

Rafe protects his pack and the magical pond. Now he’ll protect his mate too.
The Queen of Faery gave all shifters the ability to change their mates in the enchanted water.
Keeping his new mate safe from an evil Fae will take the strength of his pack and the cougar shifters. Robert is a light Fae warrior who will help save Lisa from the dark Fae’s hunger for power.
Magical beings come together to banish evil once and for all.

Stoic werewolf enforcer meets gentle druid woman.
Can these mates conquer their differences with love?
A druid, carefree and loving.
A wolf shifter, hardened but patient.

Melanie is an extrovert, loving and kind, but tough and outspoken when necessary.
Ian is an introvert, all he wants is to claim his mate and keep her safe. Grunting more than one syllable words annoys him,but opening up to his mate becomes easier as he gets to know her. Well, somewhat easier.

Ian is the head enforcer for his pack. Something is pulling at him until he hits the road, looking for his mate. He finds Melanie, a free spirit hitchhiking in New Mexico. Once he gets her to his home in East Texas, he has to protect her from a wizard who wants her for her magical abilities.

Melanie couldn’t wait to explore this feeling that led her to take to the highway. Finding Ian was more than she could have hoped for. The difficult part would be telling him of her family’s legacy and the job she was entrusted with.

Devlin is a werewolf who loves women. Can he settle down when his mate comes to town?
Olivia doesn’t need a man to complete her, but can she resist her fated mate?
She talks to ghosts, they talk back.
He’s a wolf shifter, and thinks his mate is nuts.

Devlin is the youngest of the three commanding brothers. Being known as the
genius in the pack, he enjoys computer games and bedeviling his older brothers.
Women are a joy to him and settling down was not on his radar. Meeting his mate
changes his mind…even though she talks to ‘imaginary people’.

Olivia enjoys nice clothes, manicures, and helping ghosts that are lost or
lonely. Talking to dead people is commonplace for her. Meeting a man claiming
to be her mate and a werewolf blows her mind.

When Willie, a serial killer, stalks Olivia in the death realm, Devlin, along with Jack,her ghostly companion, must send Willie on to the fate that awaits his darkened soul. 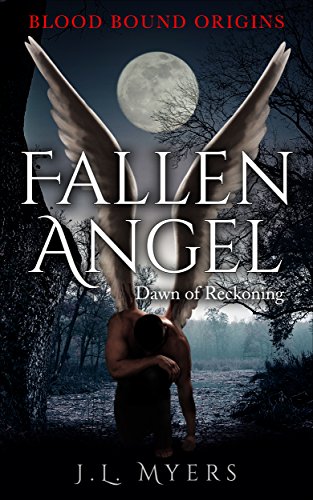 Through it all, Gabriel refuses to lose faith in Lucifer and the man she knows he truly is. Now her fellow archangels plan to use her against him…but will she be Lucifer’s downfall or his savior? 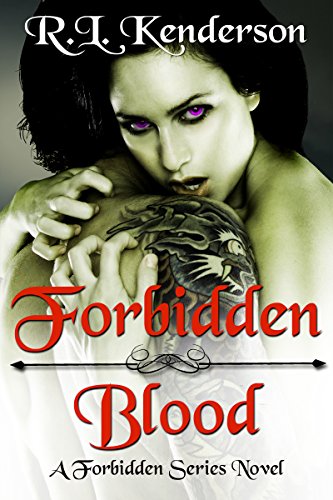