The Spear of Destiny
Ines Johnson
$0.99 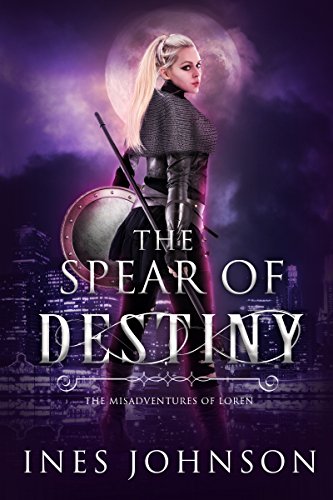 Urban fantasy goes medieval in this modern-day, action-packed series of misadventures when a 21st century,

independent woman arrives to claim her ancestral seat at the Round Table. To safeguard a future she never knew she wanted, Lady Loren, the last descendant of Sir Galahad, will have to evade witch hunters, defeat a crazed wizard, capture a lethal spear, and pass the knight's trials. No one ever said becoming a kick-ass heroine would be easy! 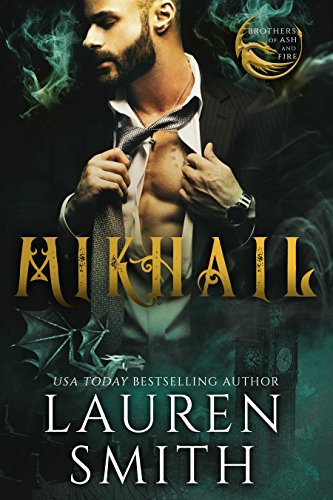 A dragon never leaves his hoard unguarded. His heart is another matter.

The second eldest in an ancient line of Russian dragon shifters, Mikhail Barinov had one job: protect one of the family hoard of jewels. Distracted by the English virgin queen Elizabeth, who was as dazzling as she was devious; he lost everything. Five centuries of exile later, news that a construction crew has unearthed a massive trove of gold and jewels sends him racing to London, determined to steal back his family’s treasure…and his honor.

Professional gemologist Piper Linwood can’t wait to bury herself in her newest project, evaluating a hoard of Elizabethan-era treasure. But both her life and career are threatened when a mysterious, brooding man with a dangerous smile—and an even more dangerous kiss—snatches the lot.

Unwillingly swept along for the ride, Piper discovers Mikhail is no mere thief. And the dragon on his back is more than a tattoo. It’s a living, breathing extension of a bad boy she’s finding harder and harder to resist. But his heart is a treasure she can never own…because to save her career, she’ll have to betray his trust. 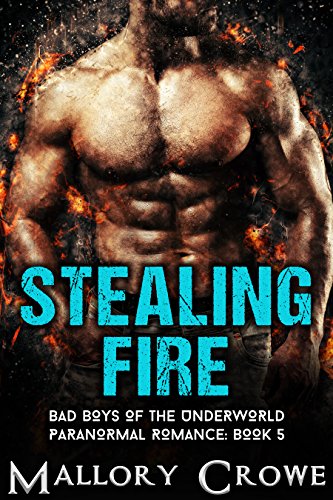 Beauty and the beast with bite…
When Ella's father is missing, she finds him held captive by a dangerous and devastatingly handsome a man, who gives her one choice: Her father may go free, but she must stay with him–for good.

There is more to Lucian than what Ella initially sees. He isn't just a crazed kidnapper wrapped into irresistible eye candy. Heading a group of shape shifters who live as humans by day and hideous monsters by night, Lucian is desperate to uncover why his kind hasn't been reproduced in centuries. Determined to solve this mystery, Lucian sees Ella as an answer. Together, they begin to discover the truth–a truth that just might be what Lucian's been afraid of all along.

But their days together are numbered. Lucian's enemies will stop at nothing to destroy him–and anything he loves. Lucian and Ella refuse to give up that easily. Will beauty and love prevail, taming the beast once and for all? 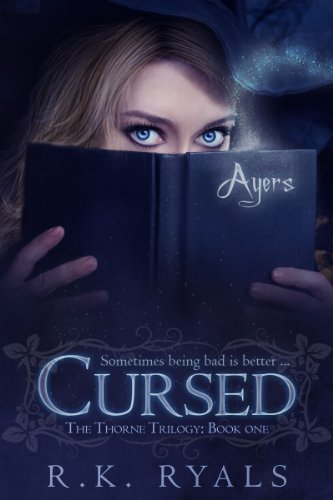 He is cocky, evil, and dangerous with one motto: sometimes being bad is better …

Ellie Elizabeth Jacobs, often known as Monroe due to her fascination with vintage attire and old movies, is an 18 year-old witch and a darned good one! But there is also something very wrong with her. Demonic energy makes her powers stronger, she has the ability to ward off Demons, and Lucifer wants her.

The hybrid Demon son of the cursed Cain and the Demon Lilith, Luther “Thorne” Craig is reluctantly sent to New Orleans, Louisiana by his brother, the hybrid Demon ruler of the Outer Levels of Hell, to protect Monroe from Lucifer's searching Hellhounds.

But what happens when things go wrong?

In this riveting spin off from R.K. Ryals' Redemption series, Monroe is faced with an old grimoire, an ancient curse, a magnetic Demon, and a journey to discover a family secret that may surprise them all.