It’s easy to blend in and disappear on the streets of Boston. Elle Ward has finally taken control of her own destiny—away from the dark shadow of her family’s reputation. Putting her botany and chemistry degree to work, she’s the successful owner of her own apothecary. But she lives by a secret identity. Curing innocent Bitten in the basement, she flies under the radar, risking her life, and risking punishment from King Cyrus. 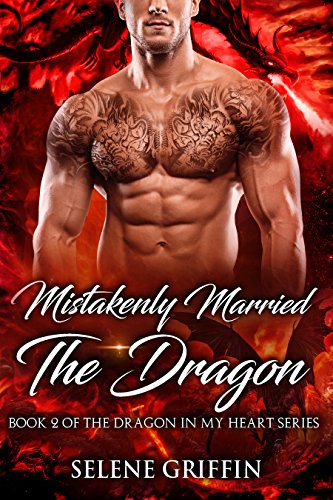 The DeLeons are anything but normal. With dragon blood roiling in their veins, violent passion is their second nature.

Rafael, patriarch of the DeLeon family, is driven by duty to his bloodline, obsessed with protecting the DeLeon name and is often less than empathetic to those around him.

Hitched to him is the stunning yet manipulative Camilla Esposito DeLeon. Married into the DeLeon family to foster an alliance between their families, she’d never expected marriage to a dragon shifter to be so… dull.

She couldn’t have been more wrong.

Even with Rafael’s control freak tendencies and Camilla’s manipulative inclinations, nothing prepared the power couple for the return of Ignacio, Rafael’s estranged brother.

And he’s brought someone home with him.

Ignacio’s return unearths dark secrets from the past, the air is heavy with sizzling hot romantic trysts in the DeLeon castle. A deception leading to an unexpected marriage threatens to bring the DeLeon dynasty to its knees in this story of love, loss, regret and redemption.

Mistakenly Married The Dragon is the second novel in the paranormal romance, Dragon In My Heart series, which is for your enjoyment. If you’re a fan of thrillers, exciting storylines and steamy love scenes, then get your hands on this titillating story by Selene Griffin!

Buy Mistakenly Married The Dragon to find out if the DeLeon brothers will find a way to tame their Dragons and find a way to maintain their bonds! 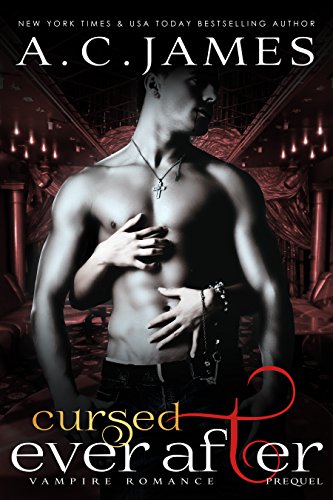 Hot vampire erotica and vignettes of character backstories in the prequel to the Eternal Vampiresseries.

Arie is having a bad night but what else is new? When vampires deal with demons nothing less can be expected. He heads to the Hellfire Club to report back to his sexy boss, Tessa Green, anticipating that she’ll be less than satisfied with the details of his night. Instead he finds a hot new hire waiting in her office. Alone in the office, she offers him an intriguing opportunity to improvise.

Luna is always tied up in difficult situations. Obsessed with someone she can never have. From the moment Luna first met Victoria, she knew she was different–hot, dangerous, and unlike anyone she’s ever known. Luna can’t stop thinking about her. Can’t stop fantasizing about her. Can’t stop craving the one thing she knows she can never have. The one she wants–the vampire she wants abstains from blood and sex.

To distract her from her obsession, Luna begs Tessa to find an appropriate diversion. Bound and gagged in her dungeon at the Hellfire Club (HFC), Luna gets an unexpected visit from a sibling that leaves her feeling conflicted and heartbroken. Arie steps in when Luna is vulnerable. Is there more to this hot alpha vamp than his hard-ass facade?

Victoria has a sordid past and this macabre tale is woven with lies, blood, betrayal, and vengeance. In the far north of France in the 1700s she took care of a young girl and her ailing mother. She never planned on falling for Henri in the process–except she fell in love with the wrong man. She fell in love with a monster. Sometimes evil hits too close to home. And when you trust the wrong person you might just get burned. 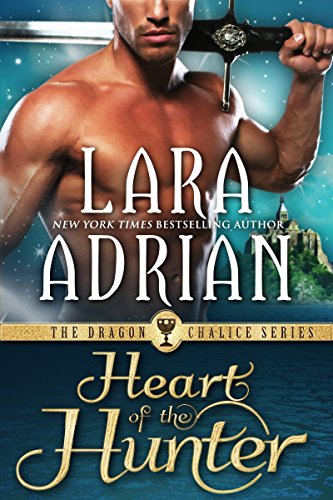 “Passion, danger and a bit of mysticism all come together brilliantly in the bewitching Dragon Chalice medieval paranormal series.” –BOOKLIST

Ariana of Clairmont would risk anything to save her kidnapped brother. Her only ally is Braedon le Chasseur – “the Hunter” – a dark knight with a mysterious past, whose scarred face and forbidding nature mask a soul filled with pain. Ariana fears this dangerous man and the secrets he strives to conceal–but Braedon's touch is pure seduction, his kiss a potent lure that tempts her into a passion she is powerless to resist.