“You know, my parents didn't give me much advice about relationships, but my mother told me that we should never go to bed upset with one another.” Talvi reached am arm out to invite Annika to curl up against his chest.
“Aww, that's a sweet thing to say,” she said as she cozied up in the crook of his arm. “What did your dad tell you?”
“He said to make sure the sofa was comfortable, just in case.”

Talvi Marinossian has slain maenads and fought off vampire attacks, but nothing has prepared him for getting involved with one of these forbidden ‘Modern Girls’. When he finally tracks down Annika it’s obvious that she’s changed since her recent adventure in his homeland. It’s also clear that she’s not ready to embrace the next chapter in her life. He tries to persuade her to open up to him, but she finds it difficult since he won’t even explain how he earns a living, why he has a secret cell phone, or the reason he keeps another woman’s handkerchief in his pocket.

Instead of relying on Talvi to help her adjust, Annika delves into her music and her job, and it isn’t long before the new lovers find themselves completely out of sync with one another. Just when they start to find their rhythm, Talvi is called away on business and whisks Annika off to Paris for what is supposed to be a working vacation. But one bad decision leads to another, and the chaos that ensues may cost someone their life. 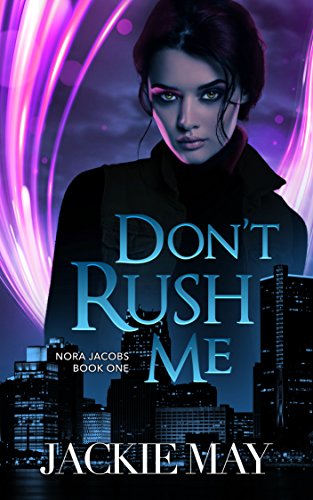 *This is a slow burn REVERSE HAREM romance.

*TRIGGER WARNING: this story contains content that may trigger readers sensitive to violence and sexual assault.

“Jackie May has created a world of epic proportions that demands complete reader thrall until the very last page.”
– Melissa Haag, Author of Fury Frayed

Most humans have no idea that a dark and deadly underworld, filled with magic and monsters, exists. They wander through life blissfully ignorant of the supernatural world around them. Nora Jacobs is different. Nora knows exactly what kinds of hellish creatures haunt the streets of Detroit.

Thanks to a unique set of psychic abilities, Nora has managed to steer clear of the underworld most of her life. But all that changes the night the most powerful vampire in the city discovers her gifts and decides to use her as a tool to find one of his missing clan members.

As if that’s not bad enough, Nora believes she’s cursed. All her life, people, especially men, have been drawn to her—some to the point of obsession and violence. Underworlders, it seems, are not immune to this curse, and now she’s caught the attention of some of the most dangerous monsters in the city.

Neck deep in an investigation only she can solve, Nora quickly makes as many new allies as she does enemies. Her biggest problem is staying alive long enough to decide which is which.

The Flame and the Arrow
Emigh Cannaday
FREE

Aspiring rock star Annika Brisby thinks she knows where her life is going until she steps through a broken portal that leaves her stranded in a realm of fairies, vampires, and other mythical beings. Unable to return until it's repaired, she's rescued by wood nymphs who believe her sudden arrival is no accident. After being taken in by a prominent family of elves, Annika finds herself struggling to resist the seductive spell of their youngest son,Talvi.

Equal parts arrogant and alluring, the notorious heartbreaker seems like the perfect distraction for her homesickness. Her new friends warn her that she'll probably regret ever laying eyes on him, and what begins as a casual fling quickly burns too hot to handle. By the time Annika learns the consequences of their forbidden trysts, Talvi's already under her skin and dangerously close to her heart. But on the journey home she discovers that there's a mountain of secrets that he's not telling her, and Annika can't help wondering who's really in danger. 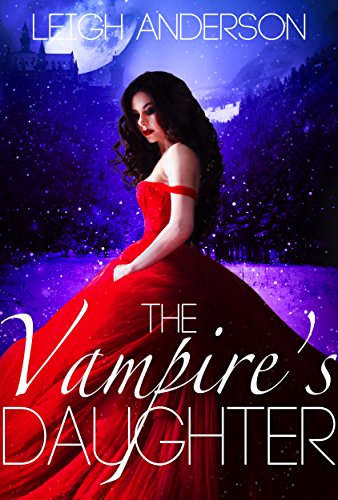 When Ethan discovers that the love of his life, Victoria, is actually the child of a monstrous beast and must marry another man to save her family, he retreats to a monastery to live out the rest of his days alone.

But the Church has other ideas.

Ethan's mentor asks him to lead famous vampire hunter Dom Calmet back to his home village to rid the town of the vampires that plague it. Ethan must then take a journey, emotionally and literally, back to the town of his youth and decide between love and faith when he once again meets The Vampire's Daughter.

Containing many tropes of a classic Gothic novel (an obscure heroine, an indecisive hero, an exotic location, references to classical literature, dark castles, a foreboding sense of danger) combined with the sensuality of a modern romance, The Vampire's Daughter will leave you gasping for more.