Vampire politics are the worst!

Stuck in a city she doesn’t know and surrounded by enemies, Dahlia Sabin is thrust into the middle of a vampire conclave. Every Vampire Liege from across the country has descended upon New Orleans for what everyone knows is a trap.
When an ancient relic of power turns up missing and a high-ranking vampire is murdered, Dahlia is forced into a world of vampire power plays and dark magics in order to save her friend.

Dahlia, Patrick, and Dean must use everything in their arsenal to turn the tide of revolution, but turning enemies into allies is more difficult and dangerous than any of them knew.

“He wouldn’t understand. He didn’t live in a masked world. In truth, he did. Most beings, pure humans, walked through life believing they were the only type of people that existed.” –Alena

As a creature forbidden by both vampire and witch law, Alena traverses the country with her Vampire Council Chancellor mother in search of an unknown entity. Everything changes when Alena finds Hunter. Their bond may be the key to the answers Alena seeks. As she investigates the connection, an equally handsome and mysterious suitor appears. Will the truth about his intentions be uncovered before it’s too late? Or will her Mother’s kingdom be reduced to embers? Find out in Kingdom of Embers!

They were born to fight.
Created to win.
But the question remains…
Who's the real enemy?

When Sadie heads out for the night, she hardly expects to witness a murder–much less a murder committed by a dangerous vampire with a thirst for vengeance and destruction. Within a few hours, Sadie and her boyfriend Aaron are pulled into a violent vampire world. Searching for a way to survive, they know they must fight, but this might be a battle they just can't win. 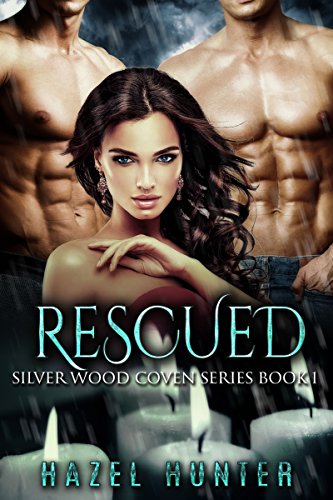 What if you had no memory? Not even of being a witch?

Templar Michael Charbon has been watching the young witch for months. Homeless, beautiful, and living in Central Park, she seems to charm everyone she meets. They shower her with kindness, and yet he never witnesses magic. Only when he rescues her from a rapist, does he understand why: Summer has no memory, not even of her real name. Though he barely resists her inexplicable pull on him, he would gladly break his vows to make her his own.

Magus Corps Major Troy Atwater is surprised to hear from Michael. But their long past together puts Michael’s word beyond doubt. Troy collects the beautiful, young witch from the Templar, before her strange attraction drives half of New York wild. A powerful warlock in his own right, Troy manages to veil her seductive appeal, so that he and the coven can help her. But a passionate bond quickly envelopes them that goes far beyond her charms.

For her part, Summer’s head is swimming. With barely a memory, she can hardly comprehend the ancient world of Wiccans and Templars. More than that she finds herself torn between two very different men. But as the extent of her powers reveal themselves and her deadly past returns in painful snippets, she finds that she isn’t meant to choose between Michael or Troy. She must have them both.