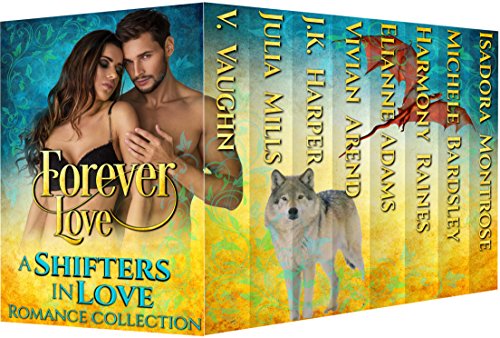 Join us in the wild ride of forever love, with heroes who would die to protect the love of their life, and heroines that fight for their man. Enjoy shifter romance stories from USA Today and national bestselling authors in another great collection from Shifters in Love.

Lissa Ramsey is on the run from the cult of the Bear God, moving from town to town, living rough and staying under the radar. But she can’t outrun the demon inside her—the one planted there by the cult leader. It’s angry and hungry—and out for blood.

Grizzly shifter Tank Morrison has vowed never to help another damsel in distress—not after the last one led him into a shifter hunter’s trap. But his bear is a natural Protector, and when he meets a homeless woman in a diner who obviously needs help, his bear can’t leave her alone.

When Lissa gets arrested, Tank is forced to bail her out of jail before the authorities find out what she really is. But Lissa can’t survive in his messed-up shifter crew without his protection, and he can’t claim her without betraying the memory of his dead mate. When Lissa’s past catches up with her, they both have a choice to make—one that can lead to love and redemption, or destroy the Bad Blood Crew for good. 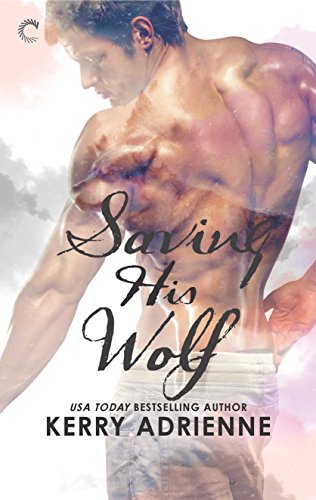 From USA TODAY bestselling author Kerry Adrienne comes a riveting novella perfect for fans of the Shifter Wars series
Olivia, born blind and without the ability to shift, yearns to seek her own fate away from her watchful and devoted wolf pack. Vulnerable and stuck in human form, she's alone and at risk in the forest's brutal winter when she's rescued by a park ranger and taken to his cabin in Deep Creek. By the warmth of a crackling fire, she's comforted by his presence. But it's his rugged scent that stirs something in her she's never felt before.
Bear shifter Powell sensed the instant he held her that Olivia was his mate. He also knew she had the untapped powers to discover her true shifting nature–if only he could convince her to trust in him, and to believe in herself. Now the one thing that stands to threaten their healing mating hunger is Olivia's distrusting and vigilant pack. A pack prepared to do anything to get her back.
But there is no danger as strong, no desire so liberating as what Powell is bringing out in her–because Olivia can finally see where her destiny lies.

This book is approximately 25,000 words
One-click with confidence. This title is part of the Carina Press Romance Promise: all the romance you're looking for with an HEA/HFN. It's a promise! Find out more at CarinaPress.com/RomancePromise 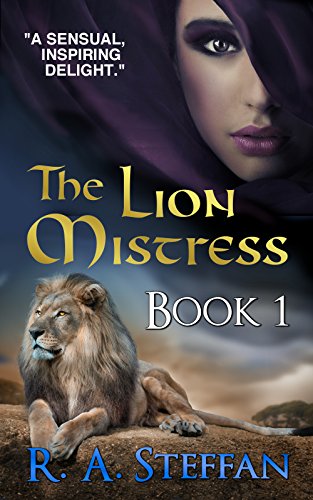 She was born a slave.
She will become a hero.
Destiny is calling, but she won't face it alone.

Kathrael is a nobody—an escaped Rhytheeri slave with a face disfigured by an acid attack and a giant chip on her shoulder. Despite being alone in the world, with no possessions other than the clothes on her back, she has vowed to lead a rebellion against the brutal overseers who once owned her. First, though, she’s going to murder the cowardly bastard of a shape-shifter who was prophesied to save them all, and didn’t.

The man who destroyed her life.

She’s fully prepared to die along the way, if that’s what it takes. But falling in love with both a eunuch priest and a scruffy, itinerant lion-shifter? Yeah. Admittedly, that part she really didn’t see coming.