Fifteen years ago the war demolished Arrow's family. Lied to and betrayed, she's driven to expose the conspiracy concealing how her parents and thousands of others died. But to go up against the powerful government she'll need to align herself with the strangest and most dangerous criminals in Victory City: the Specials.

They are magic misfits and criminals, recruited and blackmailed to fill ordinary positions within the Sinistera Hotel. But for those who are greedy enough–or desperate like Arrow–there are opportunities to earn big money doing illegal magic jobs. The danger and the risks are high. Magic assassination, kidnapping, assault–there's a good chance Arrow and the others could be killed or wish they had been. But though the Specials each have agendas of their own, they are determined to rewrite history…if they can survive that long. 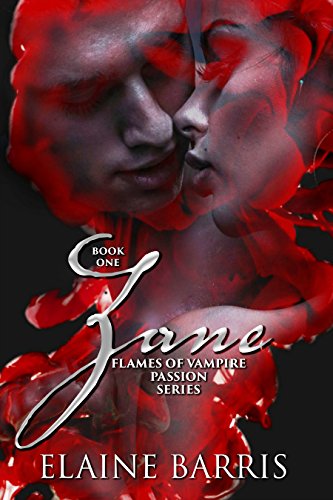 “Human life is short. A flicker of time, and then it’s over. Live it while you can… With me.”

Those were the outrageous words Zane said to me the night I attended the adult convention to try to network and sell some books.

I had left my husband to pursue my life on my own terms rather than put up with one more word of insult. Once I arrived at the event, I was startled to find someone already at my table, Zane, claiming to be my assistant for the night. As the event progressed, amidst his antics of reading excerpts to chittering ladies, and flashing what I thought were fake fangs, he made his intentions towards me crystal clear.

Little did I know how drastically my life was about to change with Zane’s entrance into it.

Zane took me from my colorless world, and immersed me into his vibrancy.
Soon, he was inside me in almost every way possible.
My conflicted mind.
My hidden walls protecting me.
My damaged heart.

The immediate and undying intensity between us was both an awakening of my true self and an overwhelming rush ripping me apart. I wasn’t sure if I would survive the ways he made me feel in my body, heart and soul, much less the salacious, climax-inducing visions he could send directly into my psyche.

After a night of interrupted intimacy, and another of heated exchanges between Zane and my mother, I threw away my inclination for sanity, and accepted his invitation to take a walk on the wild side with him for the next few weeks.

Life had served me enough bitterness in the day. For some reason, it had decided to reflect its loving moonlight, and I wasn’t asking any questions.

Still, I wondered if he would survive my mother.

Forever is a long time.

When you’re as old as I am and you find the person you want to be with, you go for it, and don’t look back.

I discovered London through reading her books, recognized my heart’s counterpart, and looked her up to interact with her on social media. Once she announced the convention she planned to attend, I decided that was the time to go get her, and forbade my friend Jen as well as London’s other vampire fans from going. I needed London’s full attention on me, and knew how to get it.

London is sex all bottled up and I’ve got the corkscrew to pop her open. But more than that, she’s funny, kind, tenderhearted yet damaged in ways I long to fix. The woman sets my dead blood on fire. To Hell with anyone or anything that gets in my way, whether it be a former love interest who dares to threaten her, or anyone else who tries to separate us.

Our passion is a flame that will not be extinguished.

Can their passion for each other survive a jilted lover, and heart-stopping intimacy? Even more worrisome, can it survive London’s domineering mother? 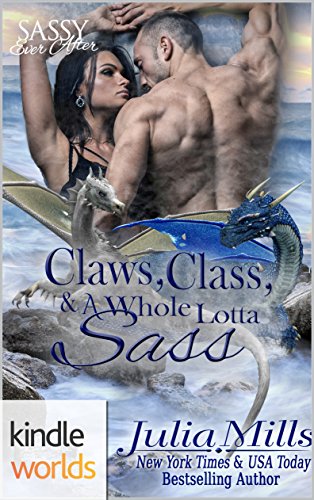 Hiding in plain sight as the Pack Healer for a bunch of wolves was the perfect cover…
Using ancient magic to hide her true nature hadn’t always been easy, but it beat the hell outta being dead…then he waltzed in. Six foot-nine inches of pure male dragon, looking better than a man had a right to and making her dragoness wake from a long hibernation to spread her wings, not only rocked Dannika’s world, it almost turned it upside-down. As if that wasn’t bad enough, an evil as old as time and twice as deadly has reared its ugly head. Her ability to hide behind her patented sassy attitude may have kept Dannika safe for all these years, but now the future of all things paranormal is at stake and only she holds the key to its survival…well, at least part of it.
It was supposed to be a simple cross country trip, but then, he’d heard that somewhere before…
Since the death of his father almost a century ago, Wolfe McCallum’s life had been a series of incredible ups and devastating downs that made riding a roller coaster seem like a walk in the park. It also didn’t help that he freely admitted to being more stubborn than a mule and twice as contrary. He prided himself on being able to outlast, out argue, or just plain irritate anyone on the planet into giving up without raising a single claw or breaking a sweat…until he damn near tripped over the most beautiful woman in the world.
One look…one kiss…one extraordinary night…
Secrets unlocked, Destiny knocking at the door, and a Fate that will not be denied. Keep your arms and legs inside the vehicle at all times, be prepared for sudden stops, and by all means – buckle up. Fireworks are the least of your worries when one bull-headed dragon and his sassy-since-birth dragoness are faced with saving not only themselves, but everyone and everything they hold dear.
The Universe may not make mistakes, but She doesn’t make things easy either. It’s gonna take claws, class, and a whole lotta sass to save the day this time. 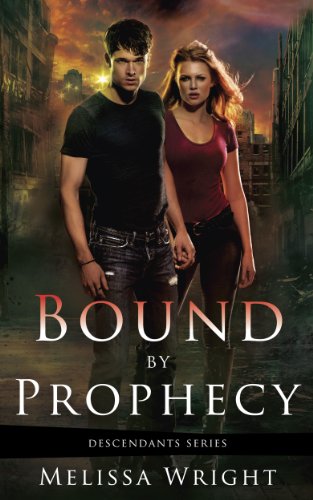 Aern's only job is to protect the chosen. The trouble is, she's the key to a prophecy and everyone wants her. Hiding a girl in the center of a secret war is tricky business, but when her sister shows up to take Aern hostage, all bets are off.

A slim brunette in borrowed jeans should be the least of his problems, but there's something about Emily he just can't put to rights. And it's not her penchant for using hand tools as weapons or the fact that she seems immune to his sway.

Everything about her screams run. But when he discovers she's working toward her own prophecy, he's got no choice but to keep her safe. It might have been easy, if she didn't think she was the chosen's protector. When the opposition descends, their only hope is to stick together, but the truth unravels, and together might prove the biggest complication of them all.