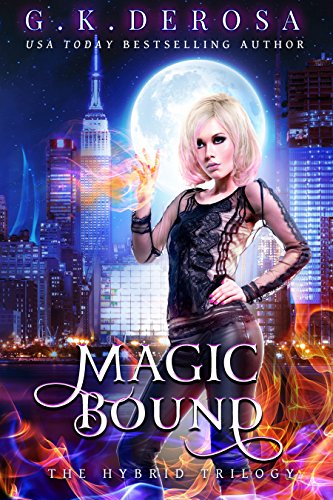 Dying isn’t the worst thing that could happen at seventeen, right?

Growing up on the streets of New York City, I imagined my death probably about a thousand times. Getting hit by a stray bullet, ticking off an angry drunk, or even stepping off the sidewalk too quickly and getting run over by a yellow cab. But this… this was something I would never have imagined, not in a million years.

I’m Aria Negrescu, and my name is pretty much the only thing in my life that turned out to be true. I was the poor little orphan girl who grew up bouncing around from foster home to foster home, each worse than the one before.

But all of that changed one night when I met him.

Now an unstoppable hunter wants to kill me, and if I’m going to survive I have to discover who I really am. And that means trusting a mysterious stranger I know nothing about. A whole supernatural world exists right under my nose, and I’m about to become a part of it. Whether I like it or not. 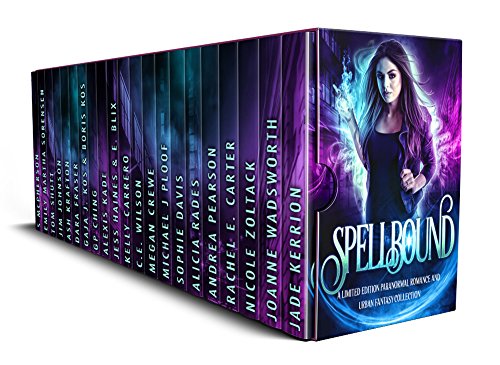 The Spellbound Boxed Set is a compilation of 20+ Full-Length Urban Fantasy and Paranormal Romance reads!

Readers of all ages will be swept away by this fascinating mix of existing titles and brand new content, full of pages brimming with faeries, witches, vampires, shifters, psychics, Greek gods, angels, demons, and even ghosts!

With over a million words of fiction, this is your one stop shop for urban fantasy, epic fantasy, sword and sorcery, shifter romance, vampire romance, elemental magic, time travel, and MORE from today's New York Times, USA Today, and internationally bestselling authors!

Although some of these reads may be gritty and dark, this is a collection of clean reads that anyone will enjoy!

Curse of the Undead Dragon King 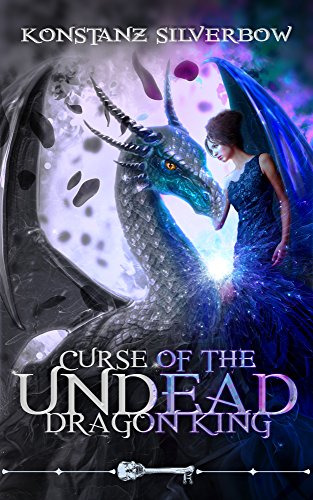 A curse so powerful, not even true love’s kiss can break it.
Crowned king at seventeen, Aurelio fears he cannot rule on his own. Knowing Zanta is his soulmate, he proposes, and the kingdom celebrates. The next morning, however, their plans are hindered.
Aurelio awakens as a dragon, unable to change back into his human form. Zanta's curse is the opposite, stuck as a human, unable to change into her dragon self.
Zanta must learn to rule the kingdom while Aurelio searches for their freedom in the City of the Undead, all the while trying to discover who cursed them to begin with.
In a race against time, Aurelio must succeed before becoming undead himself and getting trapped in the wrong city forever, while Zanta must prove to the people that she is worthy to be their queen, and that she didn't just murder her fiancé to gain his kingdom for her own.

Stormwalker Janet Begay, proprietor of the Crossroads Hotel, a place where the paranormal stop for a safe night’s rest, discovers the hard way that a slayer is targeting Ansel, a Nightwalker who’s become a more-or-less permanent resident.

When Janet and her boyfriend Mick intervene to save Ansel’s un-life, they find that the attack is the beginning of an oncoming storm. Janet has her hands full already with the upcoming marriage of her father, her crazy half-sister, the return of a woman who claims to be Coyote’s wife, a couple dragons on her back, and her worry about Mick, who’s behaving strangely again.

But it seems that everyone is after Ansel, who fears he killed the woman he loves in a Nightwalker frenzy. Janet must choose between protecting Ansel or facing the most powerful magical beings in the world, who are willing to destroy Janet, Mick, her hotel, and everyone she cares about to get to Ansel and his secrets.