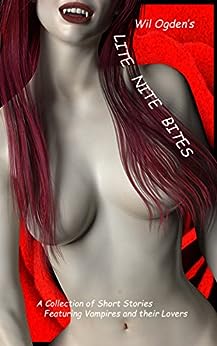 Lite Nite Bites is a collection of Twenty loosely connected tales of vamp-erotica in a modern, urban setting.
The Vampire King of New York tries to deal with a sexually aggressive subject and her newest sired vampire, and other stories of sex and love. Mostly sex. Because they’re vampires, there’s blood. Vampires bite even when they’re playing very nice or extremely naughty. 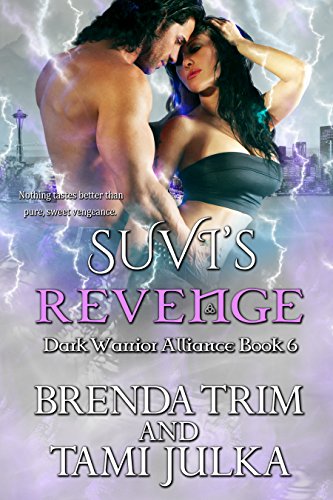 is the youngest of the Rowan triplets and prefers high heels to combat boots and parties to battles. Unfortunately, lately, she finds herself fighting more than she does drinking martinis. If she isn’t rebuilding the business she shares with her sisters, she’s searching for their archenemy, Cele. The way Suvi sees it, they’ve done their part and it’s time for a celebration, but that isn’t in the cards for her. The moment she has dreamt of her entire life happens when she meets her Fated Mate, yet she isn’t able to plan the party of the century. Instead, she and her sisters have seventy-two hours to investigate a murder, locate a rogue vampire, stop an evil witch from stealing their powers and save her mate from a death sentence. She wants nothing more than to spend her days and nights in sensual oblivion with her vampire, but the clock is ticking.

Caine DuBray’s world is upended when he wakes up next to a human female that has been drained dry. As the only vampire on scene, her death is immediately pinned on him. He believes he is innocent, but the problem is that he can’t recall the details of their date. Rather than executing him immediately, the Vampire King takes pity on him and gives him three days to prove his innocence. He discovers that one of the witches he is directed to is his Fated Mate. Their passion sets him on fire and leaves him desperate for the chance to spend eternity with the sexy witch. 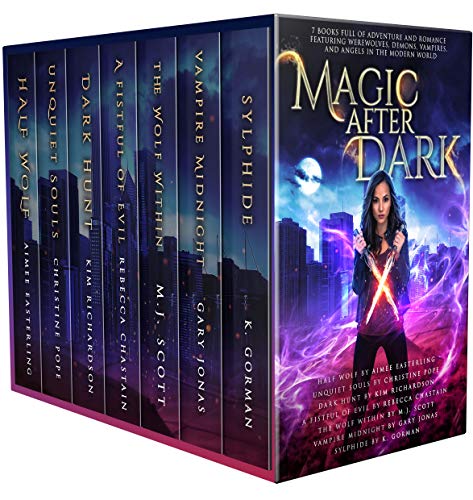 Dive into the darker side of magic

Enter the underbelly of city life, where werewolves, demons, and vampires stalk the streets. These six bestselling urban fantasy novels plus bonus novella will submerge you in a page-turning world of modern magic.

Half Wolf by Aimee Easterling: When half-werewolf Fen is cast out of her home pack, she and an unlikely ally are forced to shore up her waning power in an effort to save half-shifters everywhere.

Unquiet Souls by Christine Pope: When the hosts of the new Project Demon Hunters show investigate a demon-infested mansion, evil follows Audrey Barrett home…and she learns why her co-host is the last man she can trust.

Dark Hunt by Kim Richardson: Tasked with tracking down a demon that's killing humans, hunter Rowyn is forced to partner with an angel-born warrior who has an ulterior motive. But Rowyn's own dark secret could upend everything…

A Fistful of Evil by Rebecca Chastain: Madison actively avoids her soul-sight—until she witnesses ethereal monsters feasting on a stranger's soul…and the monsters notice her. Thrust into a dangerous new world, Madison must master her atrophied abilities fast if she has any hope of survival.

The Wolf Within by M.J. Scott: Ashley Keenan just wants to be normal. But then her ex-lover, now werewolf, turns up with a lead on the vampire who murdered her family. To survive, she might just have to leave normal behind and embrace her inner monster.

Vampire Midnight by Gary Jonas: Kelly Chan agrees to kill a vampire, but finds herself under his spell. How do you kill something you've been commanded to protect?

Sylphide by K. Gorman: When a private investigator breaks into Allish Statia's apartment and threatens her with a gun, she is able to use her Wind Elemental powers to subdue the man—but he is only part of something much bigger. Something that wants the destruction of her, her husband, and every single Mage in the city.