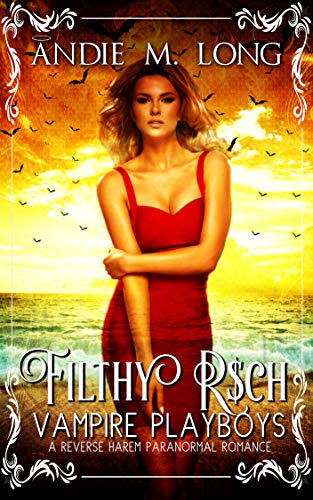 Known as the FRAP boys – Filthy Rich and Playboys… Carter, Flynn, Smith, and Jayden, are sons of the Billionaire elite of Carbon Beach.

All play and no work, their reputation of treating women badly lands on gossip columnist Serena Saxton’s desk. Eager for an expose that will whisk her away from her mediocre Manhattan house-share, she jumps at the chance to travel to Malibu and unearth the secrets of the FRAP boys.
But their darkest secret is one she couldn't have foreseen – they're vampires, looking for one woman to love between the four of them, and they think Serena might be the one… 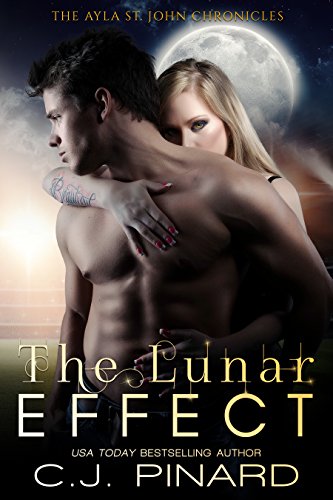 When you grow up thinking you’re human, suddenly turning into a wolf during the full moon just after your seventeenth birthday can be quite traumatizing. Thankful for the help of her two older brothers, Ayla St. John learns to accept the wolf inside of her. Then she meets Ryder, the swoon-worthy high school football star who is impossible to resist.
Despite being thrust into a supernatural world she didn’t know existed, she maintains her resolve to go to college and try to keep up a normal life, in spite of her monthly full moon disruption. As she begins to accept and thrive in her new life, a devastating tragedy rocks Ayla and her family. Now too restless and distraught to finish college, she moves into the big city of Denver to try to figure out how she’s going to go on after her shattering heartbreak. She decides seeking revenge is a good way to spend her time, until she finds herself on the wrong end of a vampire’s fangs. The psychic visions that begin to plague her after her attack are crippling.
Her quest for vengeance has just doubled.
As she hunts for two vampires, she meets Kellan, an infuriatingly sexy vampire himself—a natural enemy she is supposed to hate—and feels an instant pull to him. And he’s not going away anytime soon. He wants Ayla, but she’s got no time for the silly vampire, no matter how drawn she feels to him. She’s also still got Ryder wanting to build a life with her. Once Kellan finds out she’s become a hunter, will he still continue to pursue her?