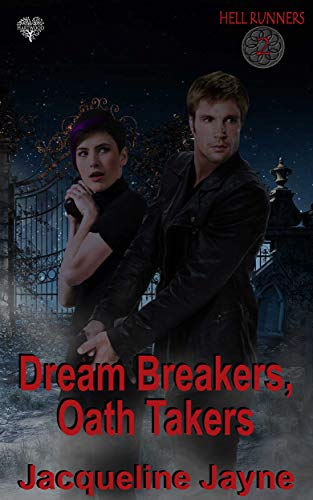 Zane Gideon is determined to comb all of Hell’s Rings, if he must, to find Wilder Swift. Unfortunately, his employer the Hell Runners Society instituted a lockdown on every Soul Saver and all seven of Hell’s Gates.

For more than a hundred years, gifted humans of the uber-elite, ultra-secret Society pledged their lives to rescue lost souls from the First Ring of Hell. But an accident during a covert mission to the Ninth Ring opened a secret door linking Hell to Heaven. Zane witnessed as all the lost souls escaped damnation in one fell swoop, turning the First Ring into an empty, white void. In the process, he lost track of Swift, now MIA for more than two months.

The Society is forced into a risky choice—rescue repentant souls from deeper rings or close its doors. Forever—without finding Swift.

Zane always believed the repentant deserved to be rescued as much as the lost and campaigns for the Society to raise the bar. All he needs to sway the council are two things. One—his guns that shoot holy water filled bullets. And two—an oracle that can locate the repentant with visions.

But the oracles lost their visions with the closing of the First Ring.

All except one—the cold beauty Zane is hoping to defrost between his sheets.

Protected from the Society by her grandmother, Delphine Claudel never knew her horrific nightmares were actual visions. Her grandmother relents her hold and reveals the truth to Delphine about her gift of sight. With Zane’s help, she asks Delphine to join the Society. Though the cowboy is handsome and persuasive, Delphine declines. The visions drove her mother insane and she refuses the same fate.

But Zane doesn’t accept her refusal.

Neither does a council member with his own agenda.

To protect Delphine from drug-induced visions, Zane invites her to his Montana home. There he offers her a deal—she helps him find Swift then her gift will be removed.
She agrees but being sequestered with the cowboy is dangerous. His intellect more than his rugged sex appeal, incite changes in the way she approaches life choices. And the way she views this duty-bound man. She succumbs to his passionate kisses, and for the first time, she falls in love.

Located by the Council, they are forced to run and wind up confronting the very demon that destroyed Delphine’s mother. Confident in her abilities, Delphine strikes a deal with a demon only to be pitted against the man that stole her heart.

If Zane can manipulate the Lord of the Ninth Ring to withdraw the demon possessing Delphine, he can save her life.
But he might have to sacrifice his life and the future of Hell Runners to do it. 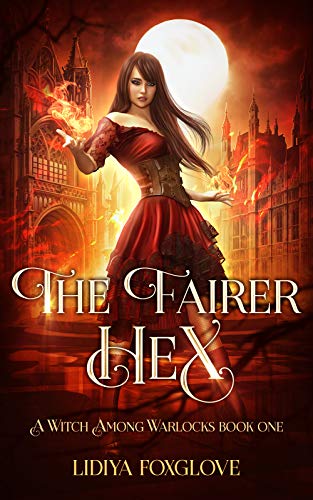 So apparently my mom was a witch. And not just a witch, but a witch who turned bad. My poor, sweet, normal dad wanted me to have a good college experience. Instead I get a magical offer I literally can’t refuse, from the world’s most elite school for warlocks.

WARLOCKS. As in GUY WITCHES.

Even though I definitely have lady parts, somehow I ended up at a warlock school to learn the gentlemanly arts (which are a lot more badass than, ahem, lady magic). Did I mention the witch world is stuck in the 19th century? Unmarried witches and warlocks barely see each other outside of society balls, which are still a thing.

No one knows how I ended up here. I’m thrown into a whole new world where I am outcast and friendless, except for:

—Firian, the enigmatic fox shifter who has been watching over me since I was born.
—Alec, my new roommate, a sexy-as-sin incubus enchanted not to lay a hand on me. For safety. Or cruel and unusual punishment.
—Montague, the black sheep of the school since he got turned into a vampire on spring break.
—Harris, an arrogant ass from the most elite of all magical families. Okay, he’s not my friend but he’s Montague’s. I’ll work on him.

My existence here breaks all the rules. Am I here for the right reasons? Or am I the pawn meant to destroy the very world I’m starting to love? When my magic proves stronger than anyone expects, and the school is attacked by a demon, I’ll need help from the four gorgeous magical men who are willing to break a few rules with me. They’re each forbidden to me in their own way, and the greatest danger of all might not be demons, but falling for them. All of them.

This is the first book in A Witch Among Warlocks, so expect cliffhangers. It’s a medium burn reverse harem story intended for 18+, which means, BE PATIENT LIDIYA, YOU’LL GET ‘EM THERE. And I will, dear readers, oh, I will.

My senses are sharp, my body is sleek, my speed is turbo powered, my mind is still mine. Shifter. I’m a shifter. A creature I didn’t know existed until a few days ago. Now I’m settling in to having two forms, my human half growing stronger along with my beautiful animal. Everything finally makes sense.

Danger stalks this unfamiliar world – fae, vampire, wolf, witch. But as it is with humans, not every strange creature is evil. Garrett, my vampire trainer, has placed me with a team of rogue shifters, teaching me to fight, to use my magic to protect, to be all that I was meant to be. Ley line energy fuels my spirit along with my magic. I’ve survived worse. I can do this. Bring it on.

Garrett is my biggest challenge, but he and his secrets don’t stand a chance against this determined cheetah.

Rebirth is the first book in the eight book Rogues Shifter Series and is also available on audiobook.