Are you already missing your favorite characters from the Vikings cast? So are we! And it’s not very hard to see why. The historical fantasy drama reportedly drew in six million viewers in the U.S. with its 2013 premiere and the fandom has only grown from there.

Sadly, the hit series ended this year after six successful seasons. The good news? Netflix is developing a brand new spin-off based on the original show called Vikings: Valhalla and we can’t wait to watch!

Until then, here’s 18 shocking facts about our favorite Vikings cast members from season six! 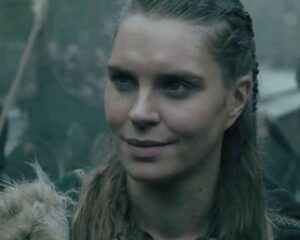 Ragga is 6’ 2” which makes her quite tall for a woman.

Before acting, Ragnars was a professional swimmer. She made her Olympic debut at the 2004 Summer Olympics in Athens as Iceland’s youngest swimmer at just 19 years old. She also competed in the 2008 Summer Olympics in Beijing. Ragnars retired from swimming in 2012 and went on to pursue her passion for acting.

Ragnars graduated from the New York Film Academy in Los Angeles in 2015. Her role as ‘Gunnhild’ on Vikings is her biggest acting role to date. 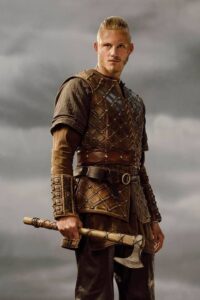 #15 Ludwig has some high-profile parents.

Alexander’s mother, Sharlene Martin, was an actress who starred in a number of films and television shows, including Possession, Breaking Point, and Pure Luck. His dad, Harold Ludwig, is the co-chairman of Lionsgate Entertainment.

Alex has said that both his parents wanted him to wait until he was old enough to handle the pressures of pursuing an acting career, but he insisted on staring young, saying he always knew he wanted to be an actor.

#14 His first gig was a Harry Potter commercial!

As mentioned, Alex Ludwig knew he wanted to be in the spotlight from a very young age. The actor only appeared in major films well into his teenage years, however, his first-ever television gig was starring in a ‘Harry Potter’ toy commercial at the young age of nine years old!

#13 He wanted to be Peeta in Hunger Games!

One of Alex’s biggest roles has been playing Cato in the Hunger Games. But Ludwig had originally auditioned to play Peeta Mellark and was rejected! He was later given the role of Cato and ended up becoming friends with Josh Hutcherson, who played Peeta.

Born in a small town southwest of Copenhagen, Andersen made his debut in season 4 of Vikings as the role of Ivar the Boneless. From then on he was the lead character not just on the screen but also in our hearts. His handsome looks and stellar acting has jump started this Danish actor’s fame in the U.S.

When he is not acting, Andersen focuses on his photography. Considering himself a visually-minded person, he continues to learn more about shooting and directing short films. He also likes dancing, singing, sports, fencing, and stunts. 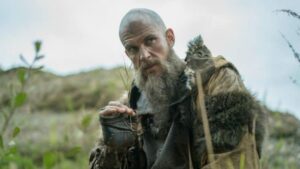 At just nine years old, Skarsgard was already working in the film industry. His first role was in the Swedish film Täcknamn Coq Rouge in 1989. Since then, he’s been in numerous shows and films.

#8 He’s not allowed to talk about Westworld.

Gustaf was cast as Karl Strand in Westworld, but actors on the futuristic western aren’t allowed to talk much about the project. They keep a very tight lid on what’s happening on the set to avoid internet leaks and spoilers for the next season.

Gustaf’s father is actor Stellan Skarsgard (Avengers, Thor, Mamma Mia!, etc.) His brothers are Alexander Skarsgard (Eric Northman from HBO’s True Blood) and Bill Skarsgard (Pennywise from IT 2019). He has six total siblings and all of the men are over six feet tall!

America has the Kardashian girls, but if you live in Sweden, it’s all about the Skarsgard boys. Paparazzi regularly follow the family, and they’re just as famous in their home country as Kim and her sisters are here. 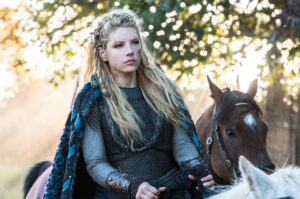 Katheryn’s real name is Katerena Anna Vinitska. She is Ukrainian and despite being born in Canada, she didn’t speak English until she started school. Now Katheryn speaks Ukrainian, English, French, Russian, and Italian.

#5 Katheryn was kicked out of summer camp!

14 year old Katheryn was reportedly kicked out of summer camp due to unruly behavior. The actress claims that she grew up acting like a tomboy. We always knew she was a badass! 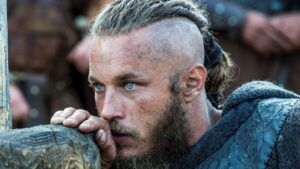 Yes, we know Travis’ role as Ragnar ended after season 4, but we’d be remiss if we didn’t honor the character Vikings is based on. Consider this a bonus round!

#3 He originally planned to be a pro footballer.

Fimmel was born on July 15, 1979 in Australia. After high school, he moved to Melbourne with the intention of becoming a professional footballer. Still in his teens, he arranged to play with the St. Kilda Football Club in the Australian Football League. His plans were derailed when he sustained a broken leg that prevented him from playing at the start of the season.

#2 He had some wanderlust

Travis relocated to England where he was hired as a bartender at a pub in London. There, he was discovered by his future acting manager, David Seltzer, who convinced Travis to move to the United States to pursue a career in acting. Travis took his advice and moved to Los Angeles where he was mentored by Ivana Chubbuck.

#1 He’s known as one of the sexiest men in the world!

Fimmel was working out at a gym in Hawthorn, Australia when a talent scout for the Chadwick Models Agency made him an offer. Fimmel was signed on the spot to work for LA Models in 2002. His modeling career earned him a great deal of attention. He modeled underwear and represented Crave fragrance for Calvin Klein.

He became one of the most highly in-demand models on the planet in 2002 and was named by People Magazine as one of the world’s sexiest bachelors. It was even rumored that a billboard with his picture had to be taken down because it was causing traffic accidents, but he said it was just an unfounded rumor. He’s a humble guy who remains unassuming and doesn’t draw a lot of attention to himself. He lets his work stand on its own and we love him all the more for it. 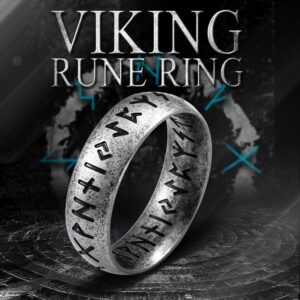 Which of these facts about the Vikings cast was your favorite? Let us know below in the comments!

You might also enjoy The Witcher Series: Everything You Need To Know.

Wonderfully Good Books For Teens To Read This Summer