In the spring of 1988, I returned to New Orleans, and as soon as I smelled the air, I knew I was home. It was rich, almost sweet, like the scent of jasmine and roses around our old courtyard. I walked the streets, savoring that long lost perfume.

I came to New Orleans twelve years later, just after Mardi Gras when strings of green, purple, and gold beads still hung from trees like colorful Spanish moss, dripped in festoons from lacy cast-iron balconies and shed individual glassy globes into the streets where they caught between the grooves in the cobblestones and lay like so many discarded dreams. 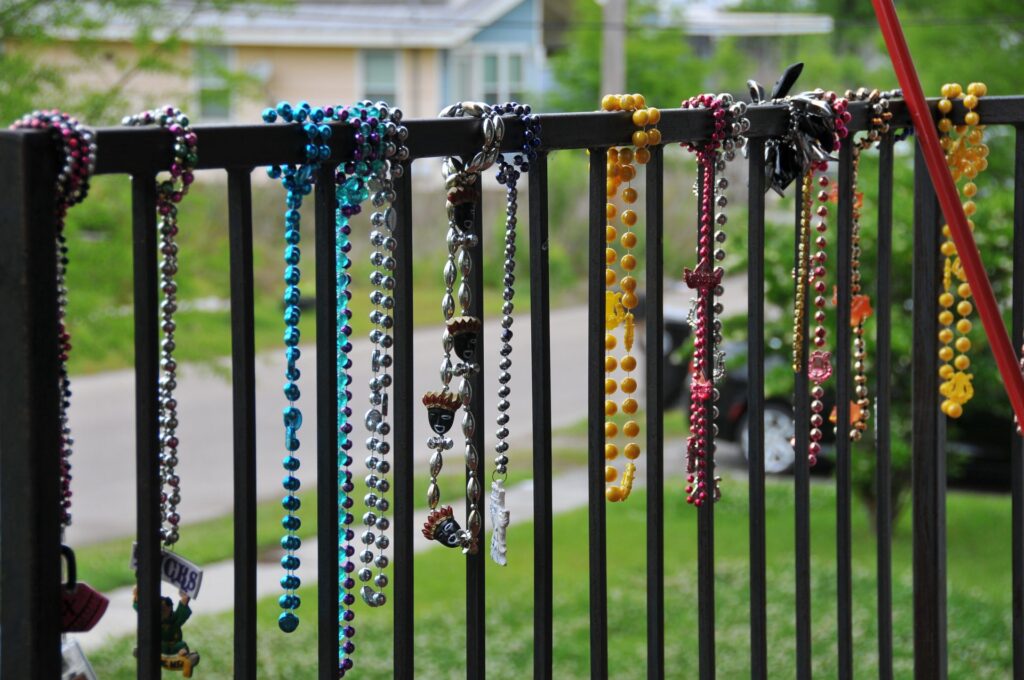 It was sultry, even in early March, and warm enough to walk to Bourbon Street from the room where I was staying, a tiny room carved out of a former orphan’s cell in St. Elizabeth’s Orphanage, a vast complex of buildings built in 1865.

It was the dawn of the 21st century and I was staying in a building built in the middle of the 19th. I could feel the history of the place, the weight of the lives it had encompassed. I did not know at the time that Anne Rice owned the space—she was apparently quite fond of the Chapel—but I fell in love with the cris-cross network of exterior stairways that connected one building to another. Walking on those stairs gave me an intense feeling of…déjà vu. It felt familiar.

They told me at the check-in desk there were ghosts on the property and I believed it thought anywhere else I would have dismissed the suggestion as tourist claptrap. But the long hallways and the shadowy corners seemed conducive to ghosts. And secrets. I imagined the building held many secrets, perhaps even some of Rice’s own. (The year after her husband, artist and poet Stan Rice, died Anne sold the complex for $6 million. It has since been turned into a development of luxury condos that kept only the bones of the place.)

When I visited New Orleans for the first time, five years before Hurricane Katrina would drown the city, Anne Rice was alive and living and writing in the city and the city had embraced their native daughter with warmth and affection. Her historic home (right next door to Trent Reznor’s) was a local landmark and the cab driver taking me to Dickie’s Steak House asked me if I wanted to go by and see it. Of course I did and the property did not disappoint.

It was a beautiful mixture of Greek Revival and Italianate elements, built in 1859. Rice used the house as the inspiration for Mayfair Manor and her witches books contain many photo-realistic descriptions of the house and grounds including the place where one character either fell or was pushed to her death.

Anne Rice was born in New Orleans and although she moved to Texas as a teen, the Crescent City remained her spiritual home. The heady scent of it, passionate, animalic–with the faint whiff of decay that is at the heart of every great fragrance—was the signature scent of her soul. The city is everywhere in her novels, from Lafayette Cemetery, the above-ground city of crypts where Lestat’s tomb was located and the Mayfair witches buried, to livelier places such as the Court of Two Sisters and the original French market site of Café Du Monde.

The Court of Two Sisters is a restaurant and performance space famous for its wisteria vines, a popular location for weddings. I was there for a reading of a Tennessee Williams play and was reminded that he once said, “America has only three cities: New York, San Francisco, and New Orleans. Everywhere else is Cleveland.” Anne Rice used the Court of Two Sisters )the largest courtyard in the French Quarter) in the Mayfair Witches books.

I was too late for dinner at the Court, but I showed up early at Café Du Monde—the iconic New Orleans destination was established in 1862 as part of the city’s French market on Decatur Street. It offers bitter chicory coffee and the sweet treats known as beignets, pillowy squares of pastry dusted with powdered sugar that are served in orders of three. It is impossible to eat them without coating your mouth and fingers with the sweet evidence of your indulgence, although perhaps Lestat managed it (the location appears in The Tale of the Body Thief as well as the Mayfair Witches books Witching Hour and Lasher).

Fortified by about a thousand calories’ worth of sugar and butter, I paid a visit to Lafayette cemetery. I was born in the South, I do not find cemeteries creepy, not even when the weather is dark and stormy as it was that day. Anne Rice. She roamed the Lafayette cemetery as a child and she later placed Lestat’s tomb here, and several generations of Mayfair witches.

Lafayette is no sanitized, sterile “memorial garden” where resting places are marked by flat plaques in the ground, one grave the same as the next. There are crypts so old their corners are coming apart at the seams, offering glimpses of coffins within. Memento mori.

I was only in New Orleans for a brief time—long enough to sample a milk punch, have a dinner cooked by a noted chef, and listen to a jazz quarter playing on the street. But what I remember most is the places Anne told me about, the historic places that ignited her own Gothic romance with the city.

Katherine Tomlinson is a screenwriter and editor. Her short fiction has been nominated for a Pushcart Prize, and has won accolades from the Short Fiction Writer’s Guild. An enthusiastic traveler, she currently lives in Portugal. 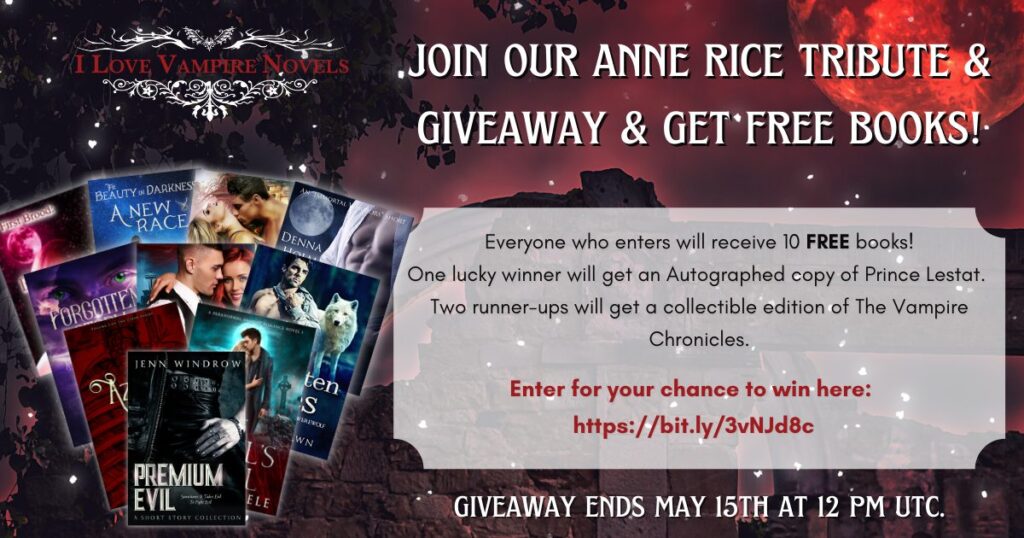 10 Of The Most Evil & “Not So Evil” Witches: A Tribute To Anne Rice by Misty Hayes

How Has Anne Rice Influenced You as a Reader?