How Has Anne Rice Influenced You as a Reader?

When you think of Interview with the Vampire the first thing that comes to mind is more than likely the 1994 film adaption directed by Neil Jordan and starring Brad Pitt, Tom Cruise, Kirsten Dunst, and Antonio Banderas. Really though, who could blame you? It is an incredible movie even to those who are not fans of the book series. But it is only a small part of the literary legacy that Anne Rice created.

Anne Rice’s works have inspired writers, artists, and many other creatives over the years. Among those touched by her works, the ones I believe to be influenced the most are her readers. Whether it be through The Vampire Chronicles, The Lives of the Mayfair Witches, The Life of Christ, or Rice’s autobiographical novel, Rice’s impact on her readers is undeniable.

As we take this time to honor the legacy of Anne Rice, we would like to invite you to share with us how Anne Rice has influenced you as a reader. Did she inspire you to write your own novel? Did her works influence your reading preferences? Or did she have an even deeper influence on your life?

Share your story with us in the comments or on social media using the hashtag #HowAnneRiceInfluencedMe. 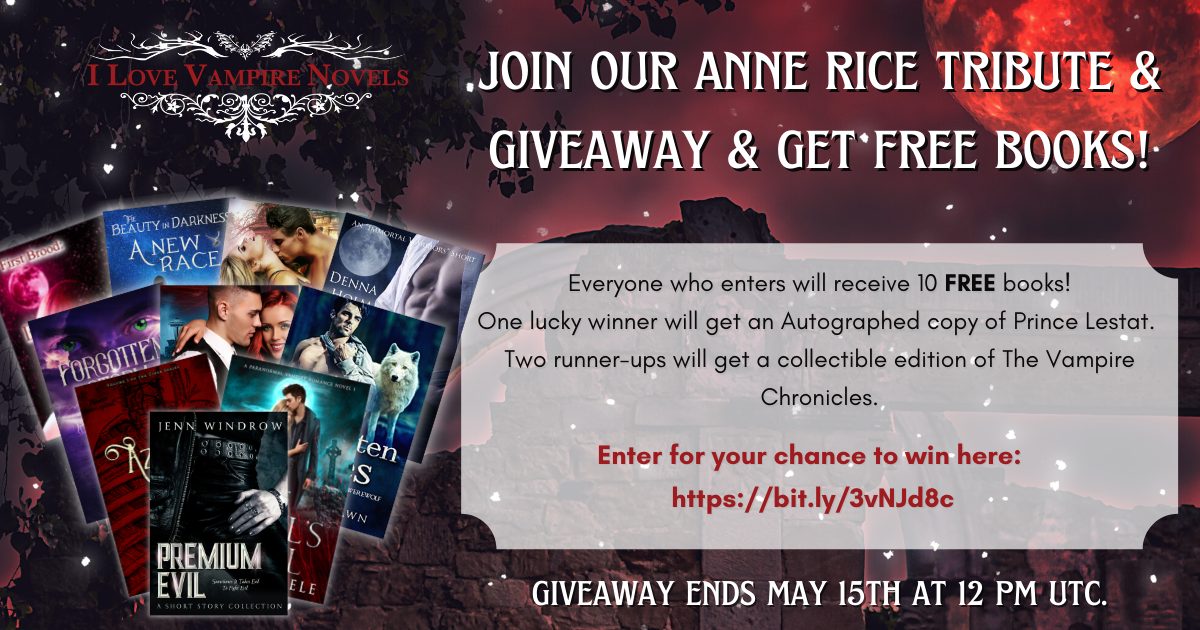 Enter For Your Chance To Win Here!

3 thoughts on “How Has Anne Rice Influenced You as a Reader?”